As I mentioned in the previous part, next up was the interior. 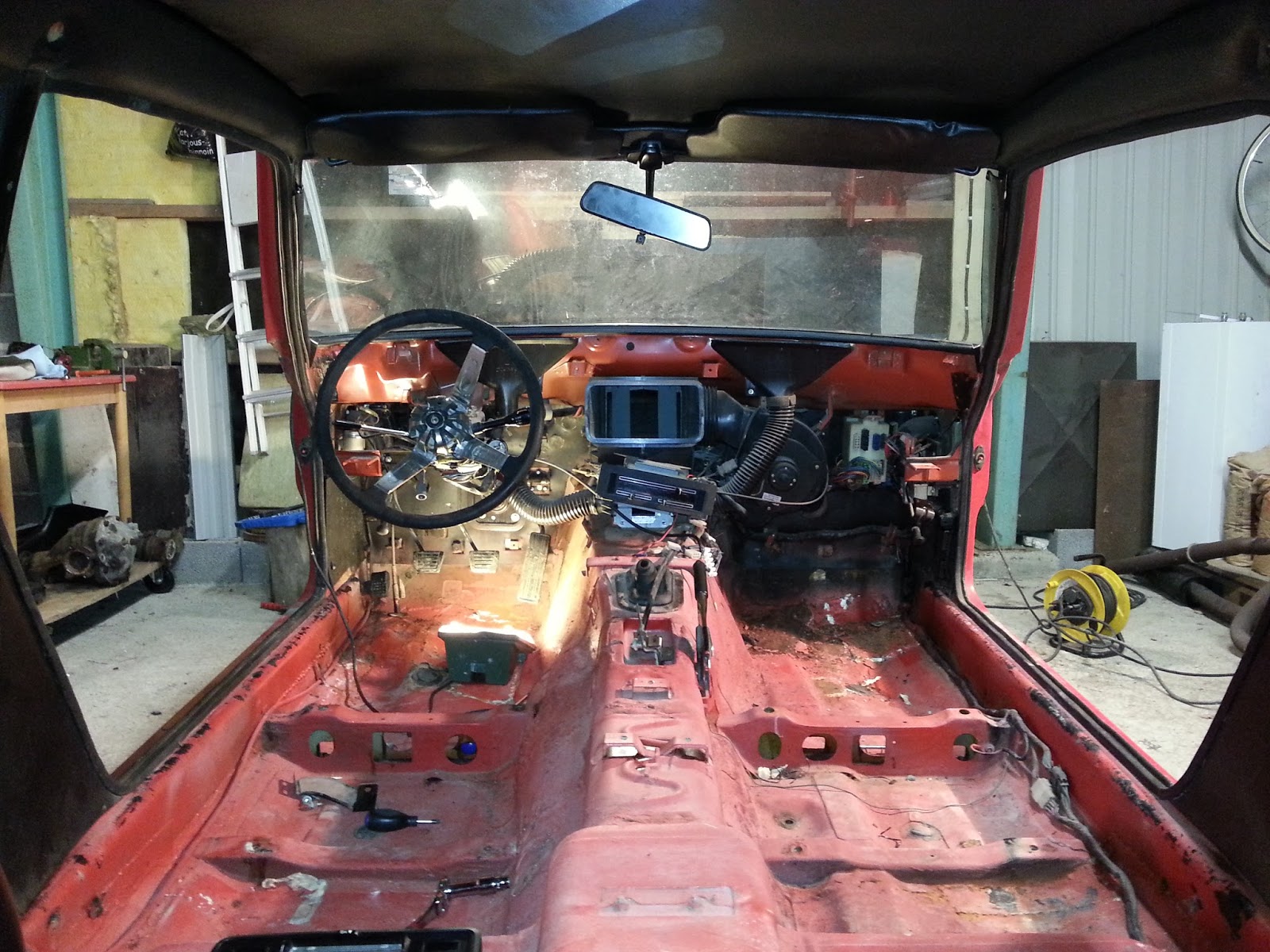 One can see some of the rust problems I'm facing in the interior in the foot wells. Because of the sound proofing mat, water has been sitting between it and the sheet metal, so rust has been taking its toll.


Also the dash was broken in the middle... A common problem with these Datsuns. We must decide with the co-owner what we are going to do to the dash but leather upholstery has been talked about. Also interior is going to undergo other changes too. Better to do things right the first time around!

Next up was the motor. The previous owner had disconnected the transmission as it was busted and almost all ancillaries were also taken off already. The rest I stripped off and then we used some heavy machinery to hoist the lump out of the engine bay. 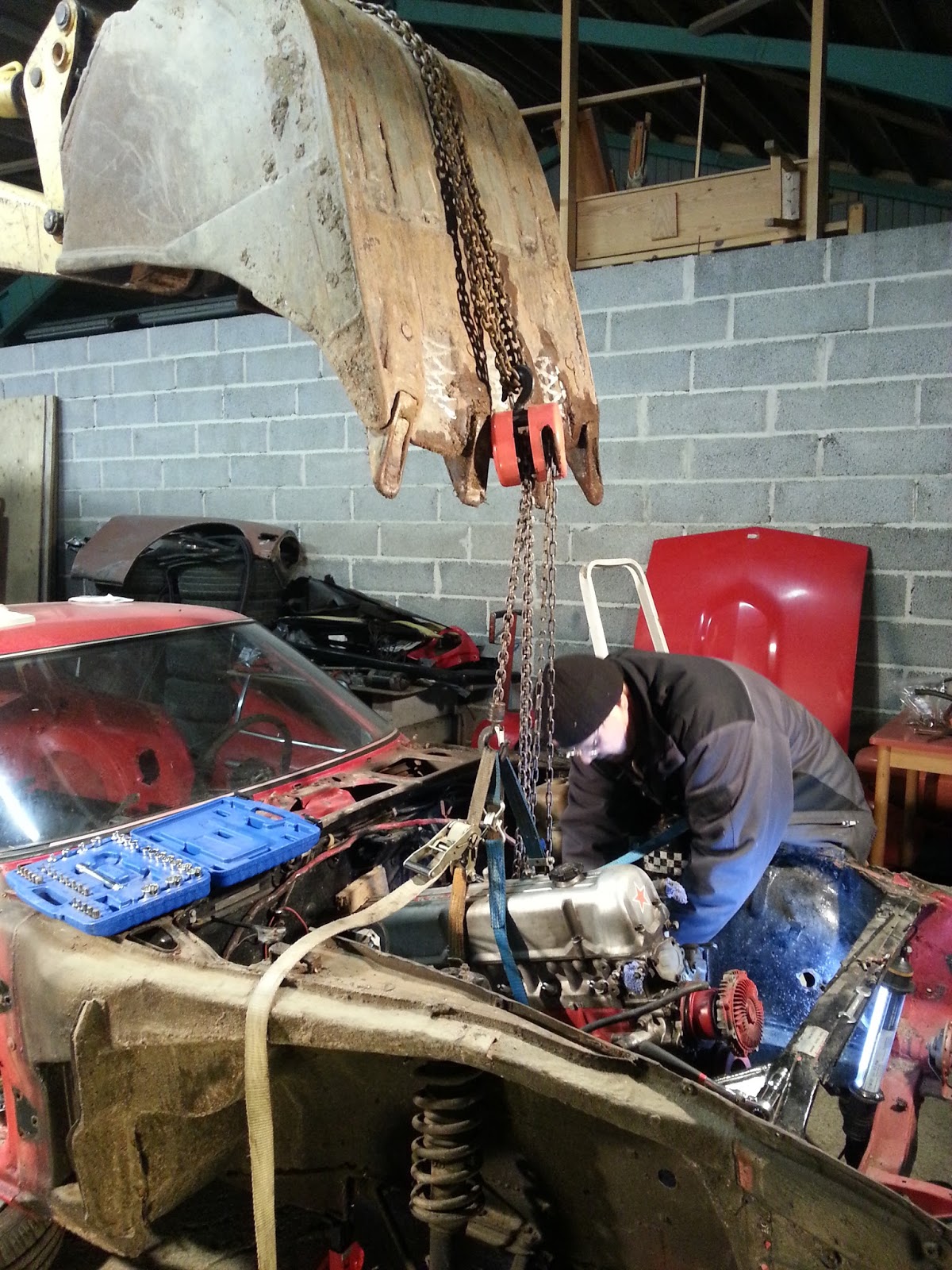 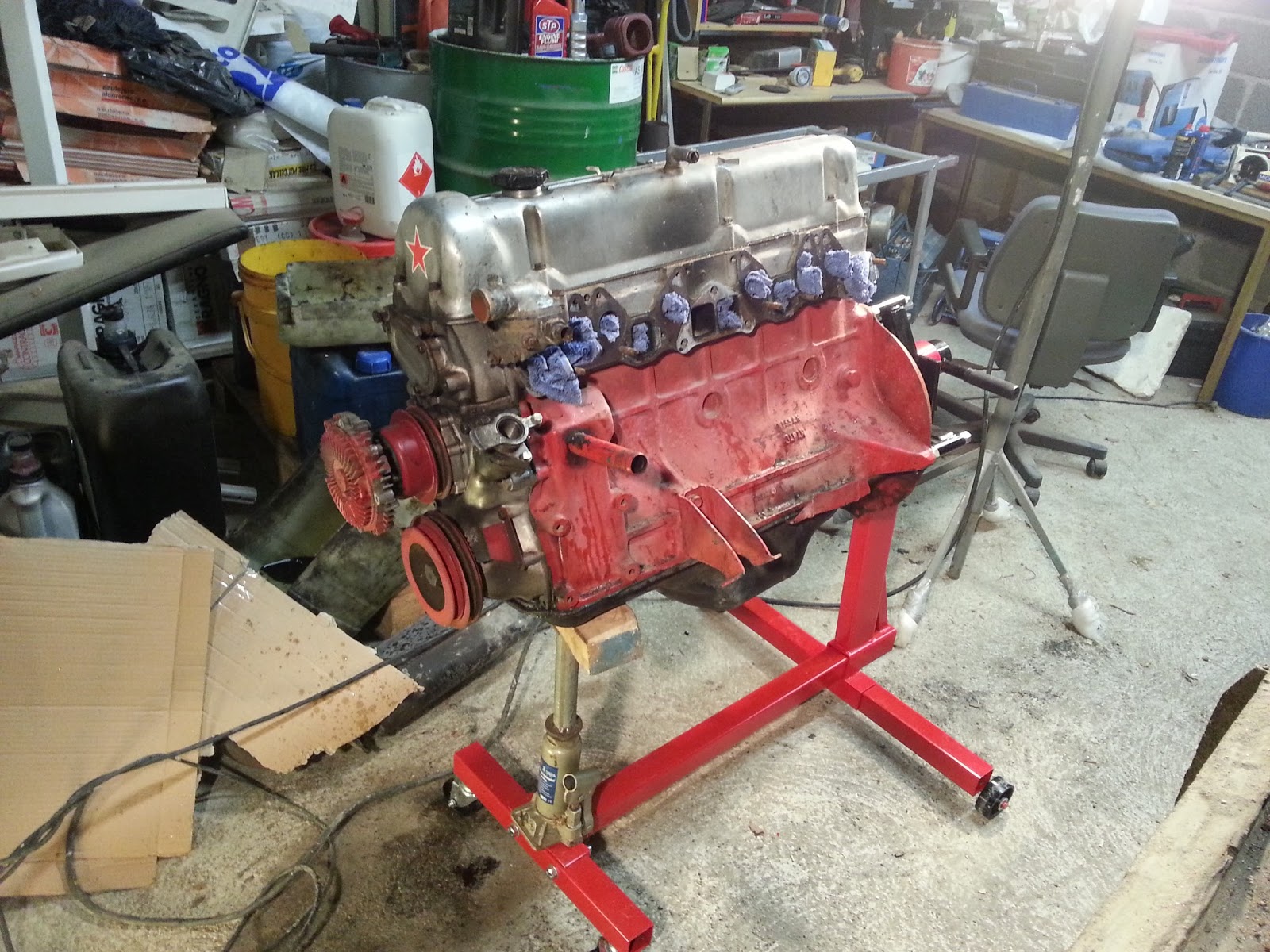 The engine stand I bought for 60 € was not a very good one... It was promised to hold 450 kg, but it buckled a bit under the load of the L-26, so we added a jack to hold the weight. That did the trick!
Now all that remains (I wish) is to decide, that should we keep the old motor and make it ITB or change it out for a more modern motor while still keeping it Datsun/Nissan. 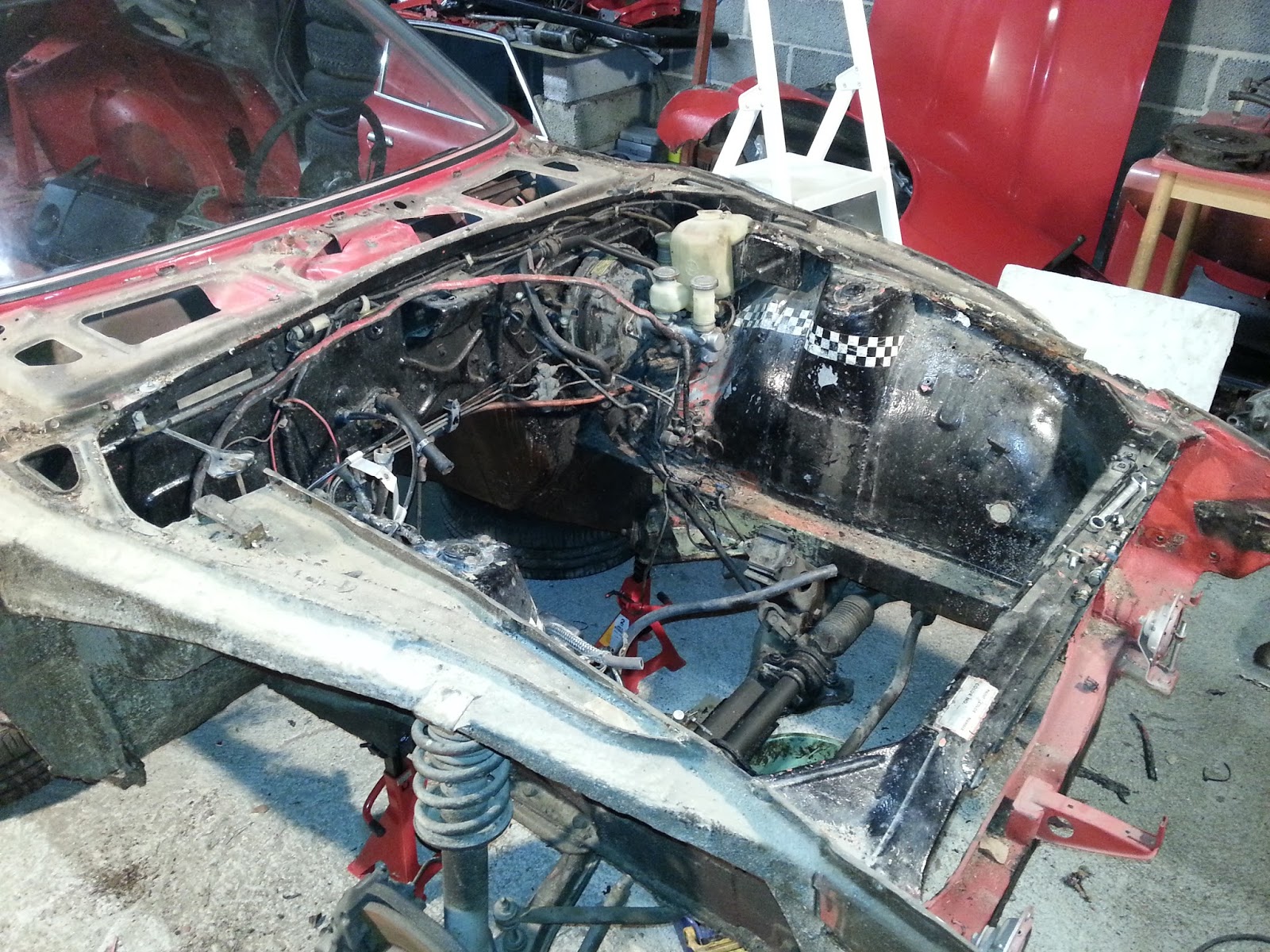 Zeta looks a bit sorrowful with its engine removed and paint all tattered, but fortunately this will change! 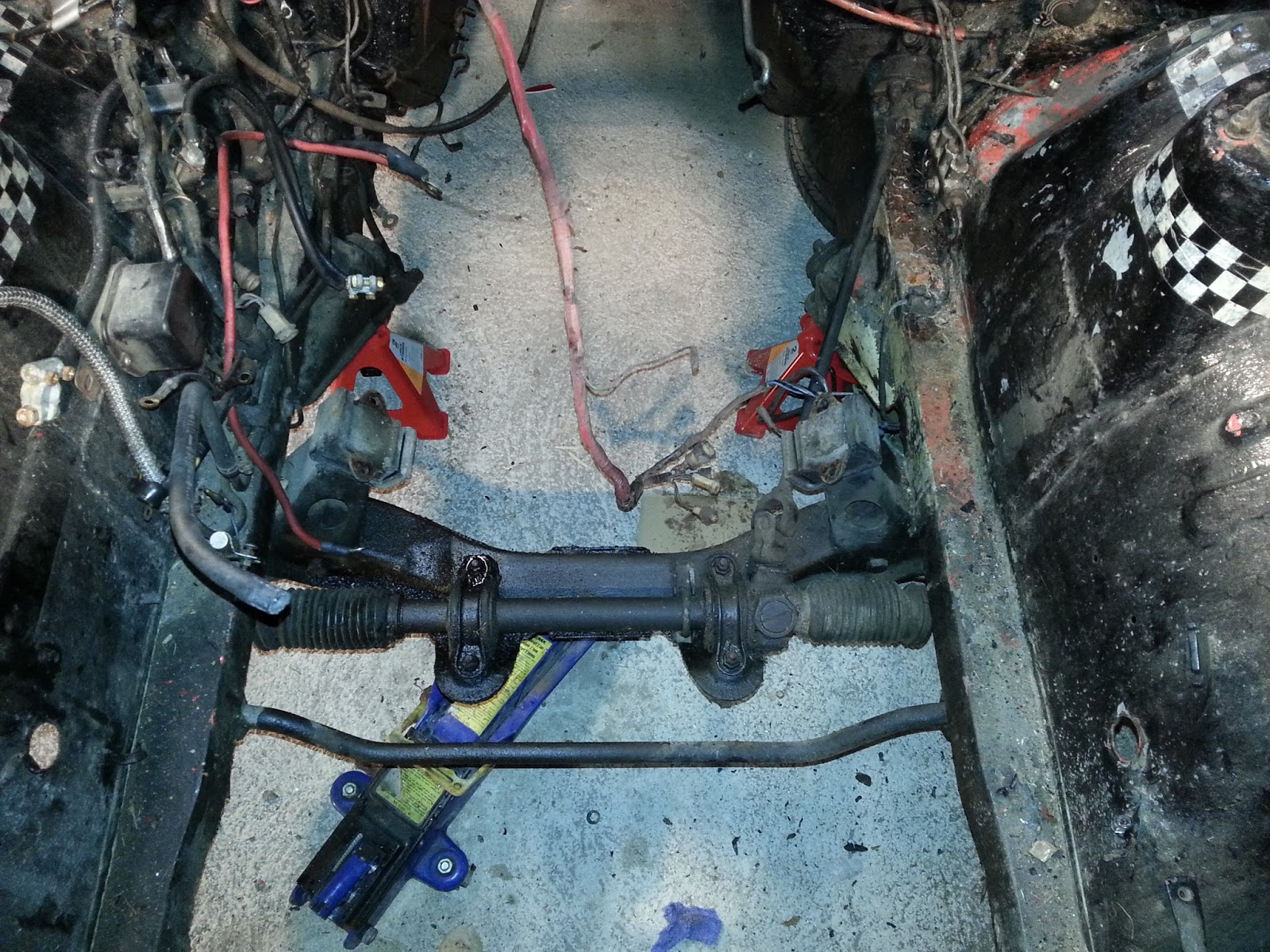 At least there is amble room in the engine bay... for a RB20DET or perhaps even for a RB25DET.
Might just have to go to an inspection office to find out what could be the biggest motor that could be registered legally in this car here in Finland.
Lähettänyt OPTaiva klo 00:16