Just a small update before a a bit bigger one.

Weekend is over and the front suspension assembly is detached from Zeta. One bolt on the front stabilizer bar had to be cut of but all other bolts opened up nicely. Also I had to cut the "lowest" brake lines on either side because the flanges did not want to budge... No big deal, because I planned to replace all of the hard lines anyway.

Below one can see the whole front suspension assembly and part of the right door. 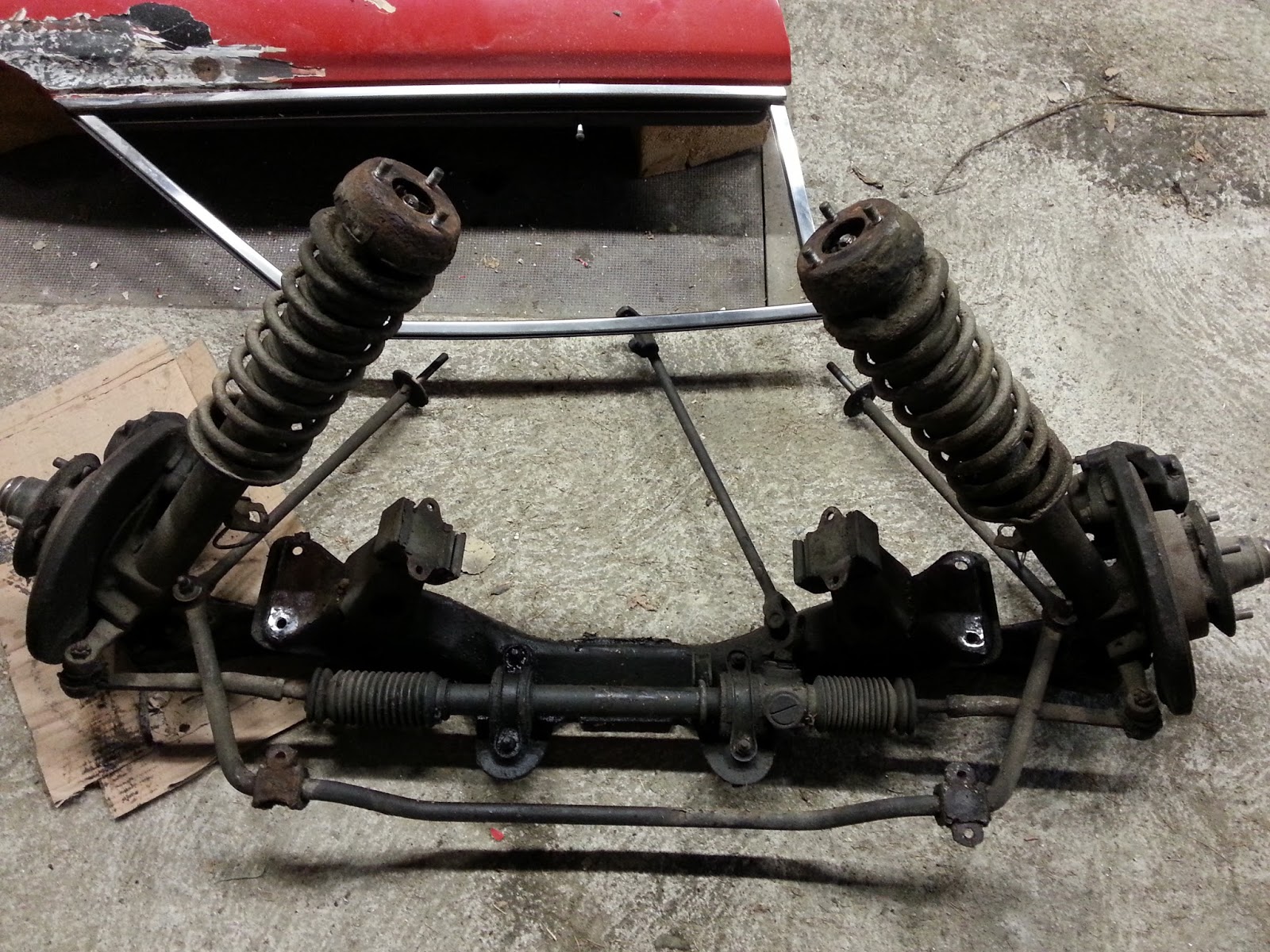 Work continued also with the rear fenders and as a new project with the right door. From this I don't have any pictures because no-one likes to see yet another picture with rust and body filler!