We continued Zetas deassembly during the previous weekend and I can now say that taking Zeta to media blasting has never been this close.

Almost all parts that can be taken off has been taken off, but few small items still remain attached to the body.

I took off the rear suspension assembly as a whole unit and it came out very easily. Again only few bolts had to be cut but nothing major. If someone else likes to take the rear suspension and drive gear out as I did, be prepared to lift the car at least 50 cm.
This is needed because the strut tubes don't turn to the sides very much and because of this the assembly is stuck in the wheel wells.
Fortunately we have a JCB (same one that was used as "engine crane") so we could lift the whole car very easily and then move the rear suspension out from under the car. 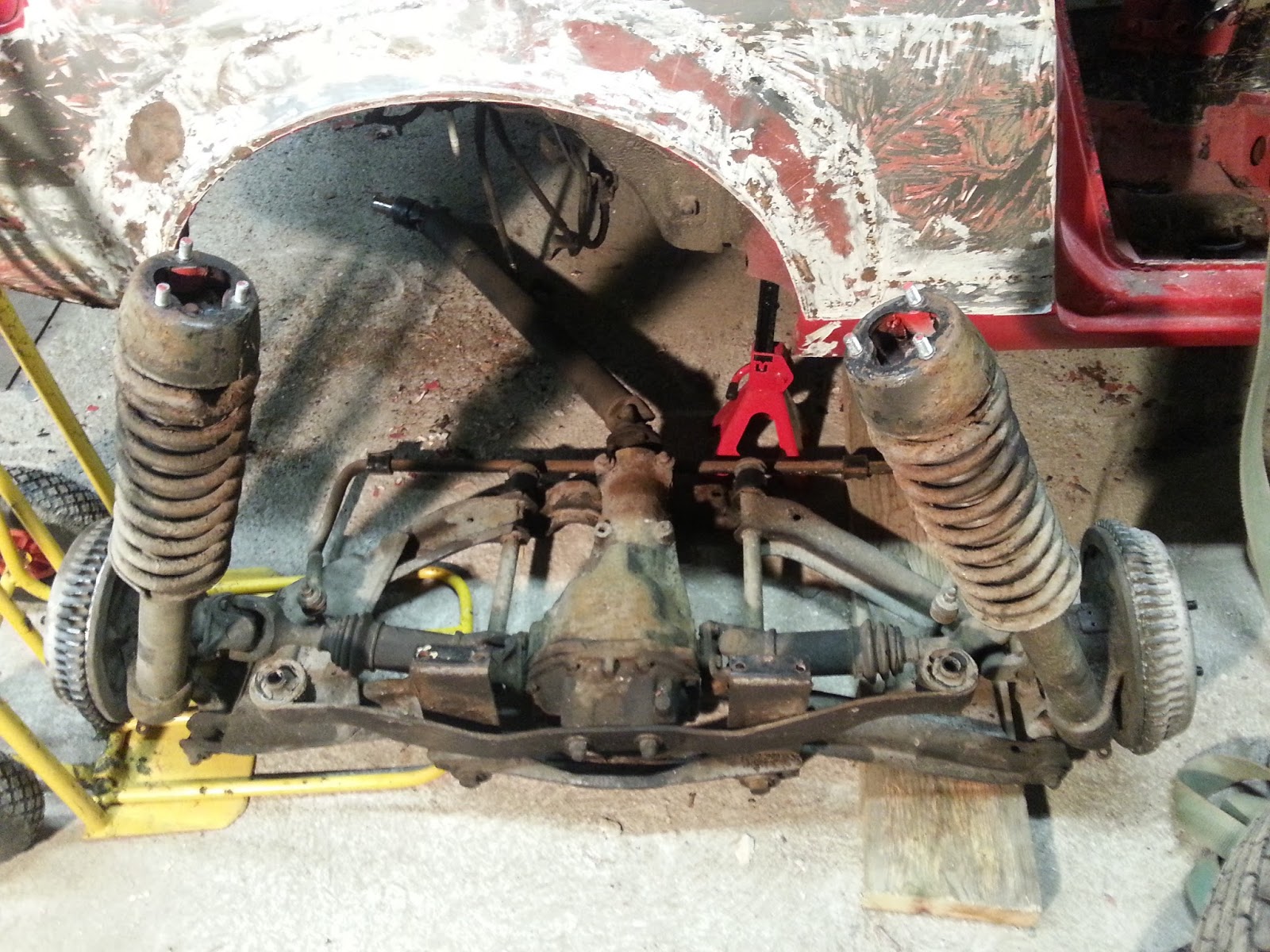 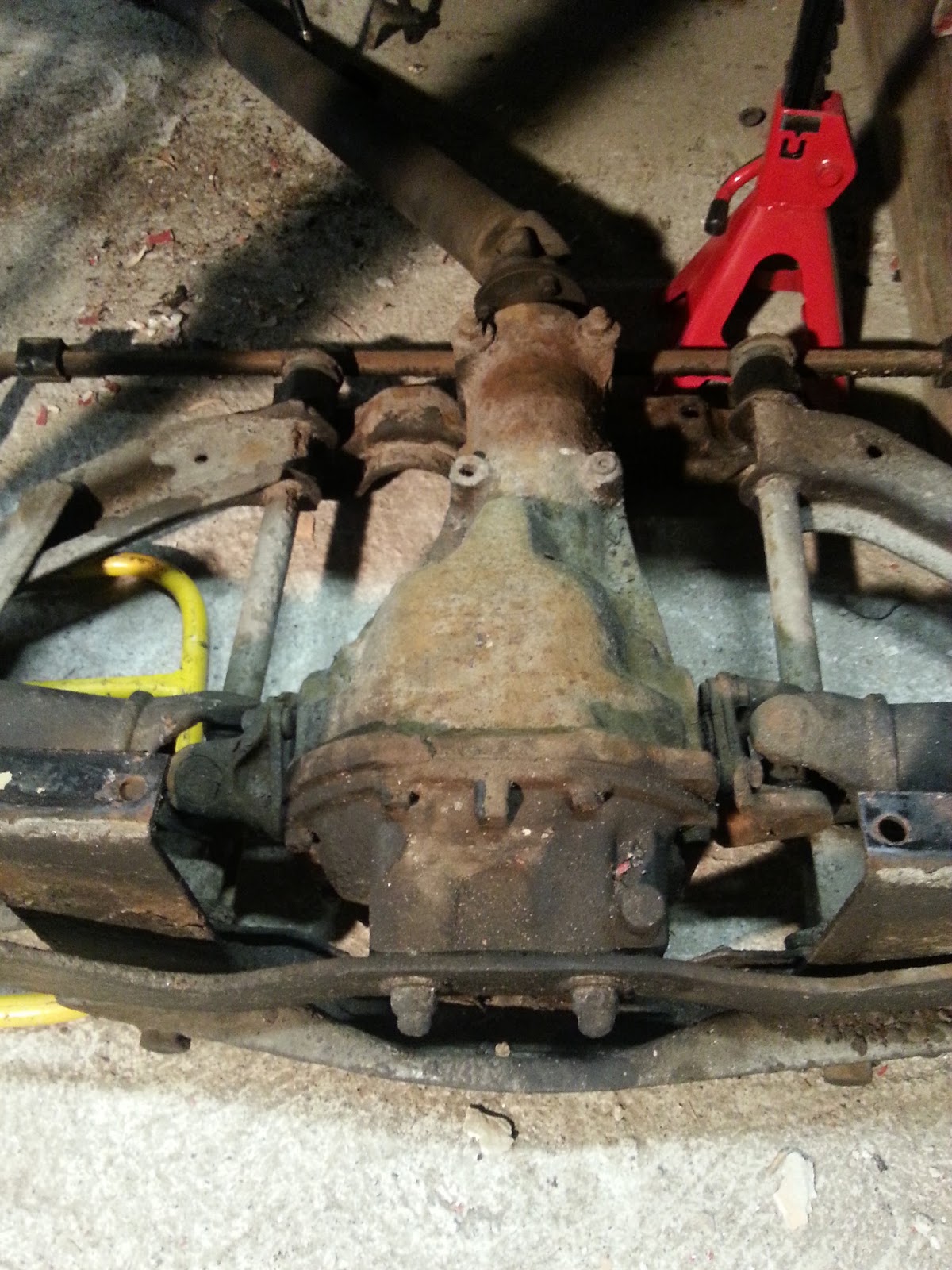 The suspension assembly has a bit of surface rust all over and pitting in the lower control arms. I will attack the parts with wire wheel so I can assess the damage the rust have caused and what needs to be replaced.

As a side note the shell of the car is very light! One can lift the rear end if you put your back in to it and front end lifts with one arm. So weight/power ratio should be fun!

My girlfriend still continued with the paint work or rather taking it off. She still encountered very heavy layers of body filler. Also rust spots and holes were found... Surprise, surprise! 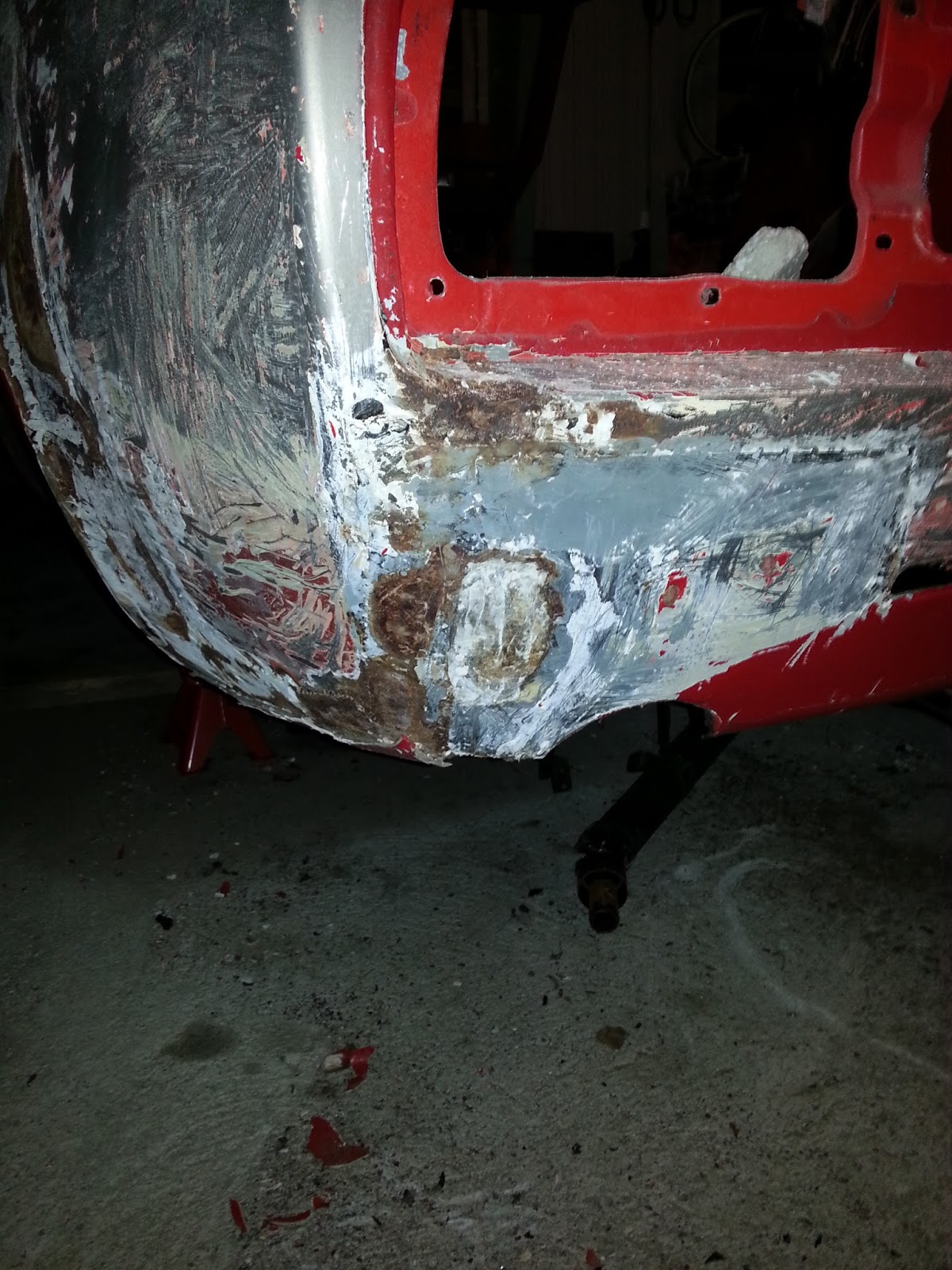 There is very big dent or hole in the rear valance. Might be that the easiest fix is to cut the whole valance off and make a new one. That way the right side would also get fixed, because that side has received a hit some time in the past. 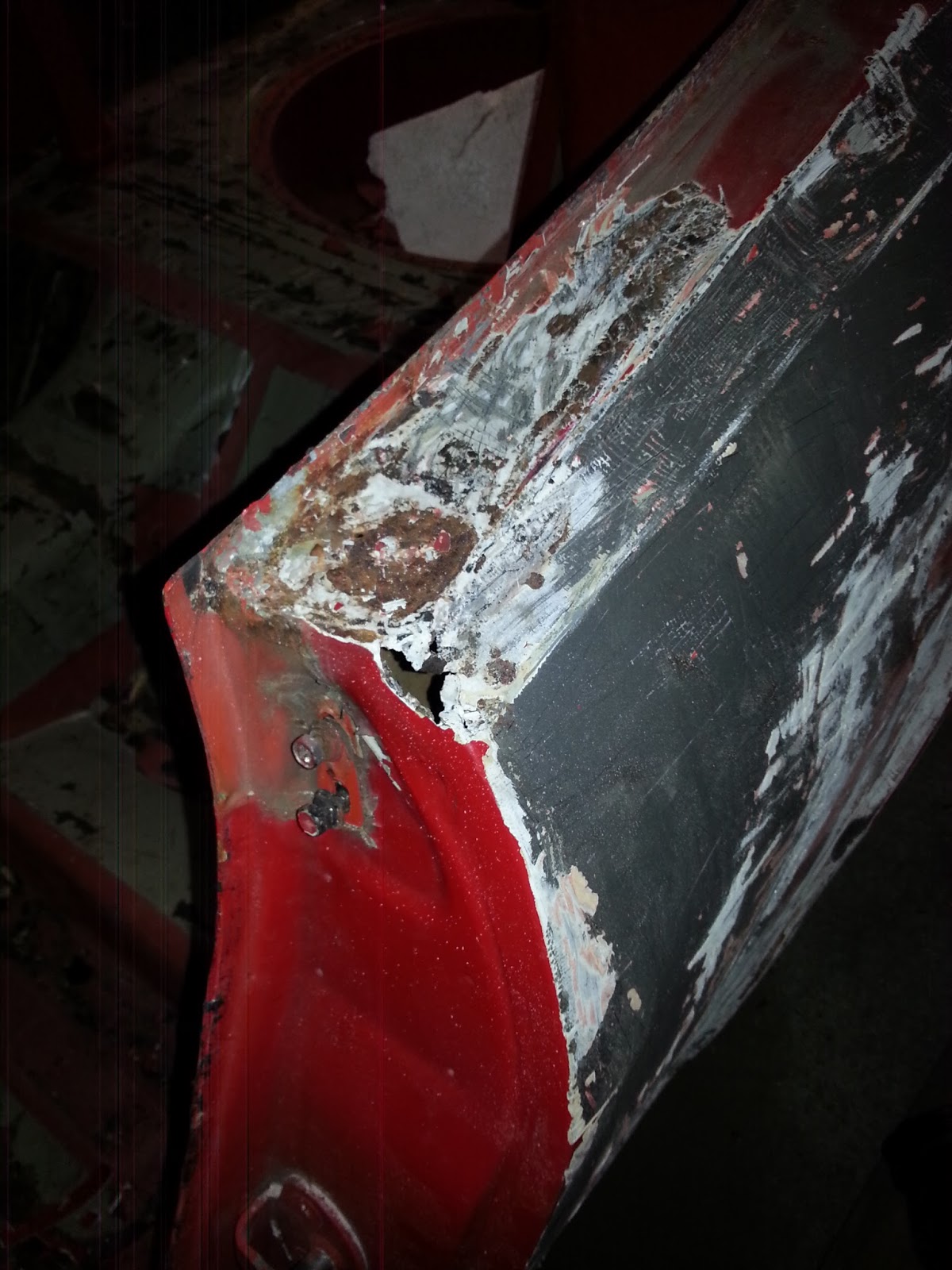 A hole in the left door opening. This was covered with layers upon layers of paint and body filler. Nice workmanship they do in Germany... Well car still is in reasonably good condition as a whole and for its age!

Next weekend my goal is to finalize the deassembly and take boot lid off along with boot glass and windscreen. That should be fun and I also will try to get the rotisserie made. I guess that taking the suspensions apart would also be mighty helpful and good work.

So there is still lots of work to be done!