And the story continues about the last weekend...

Sunday was a bit shorter day with the car, because we fixed our pier. Few telephone poles were driven to the lake bed and they lifted the pier nicely.

Well back to the car. I started with the rear brakes. The brake drums were on very tight but few taps (well a lot of them) or better yet blows later and the other brake drum was open. After the brake drum was dismantled, we opened up the hubs locking nut. "Some" force was required to get the nut open. We had to use a socket wrench and pipe wrench that were over a meter long. Very effective locking nut!
Here's some pictures about that carnage. 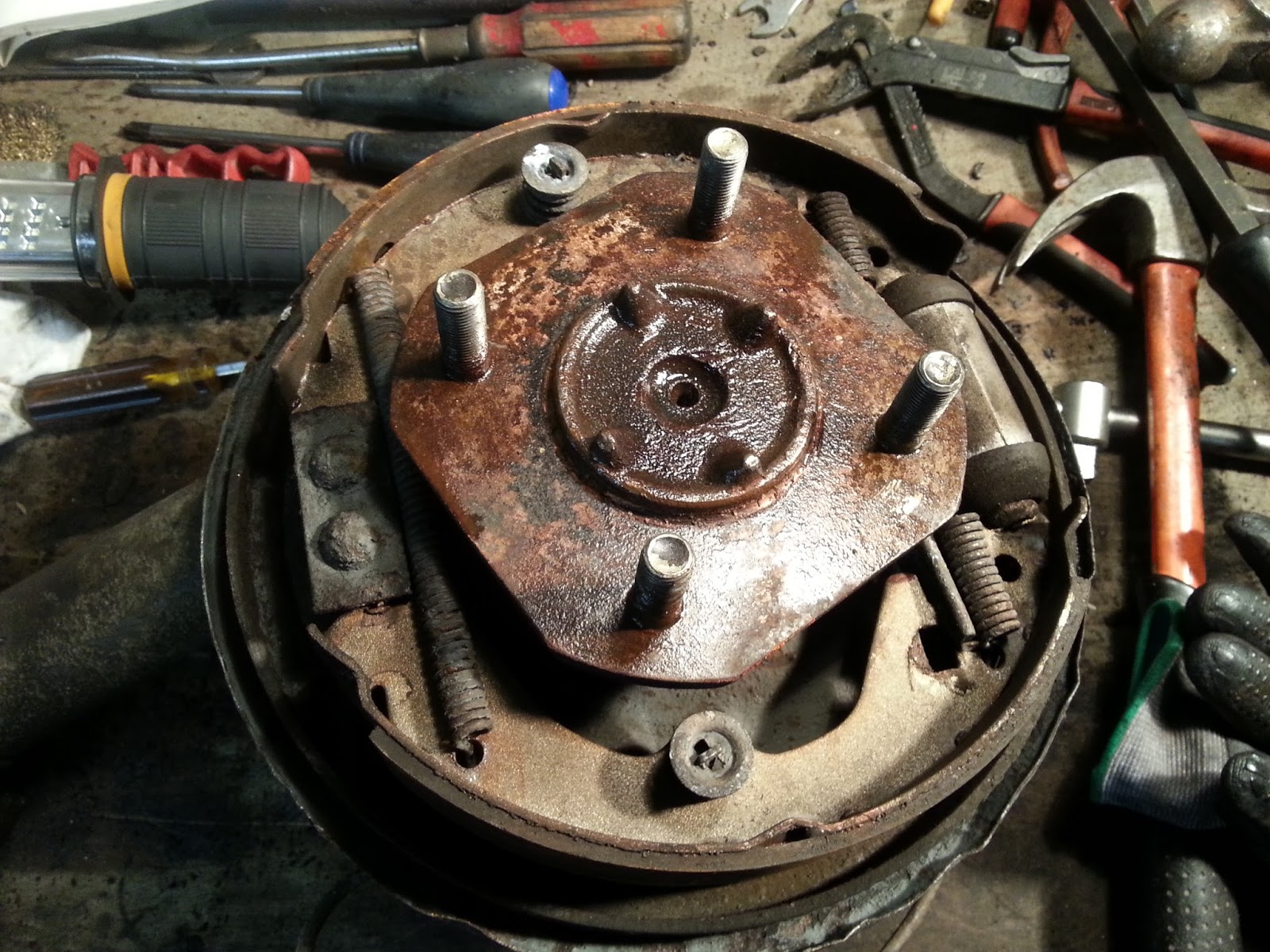 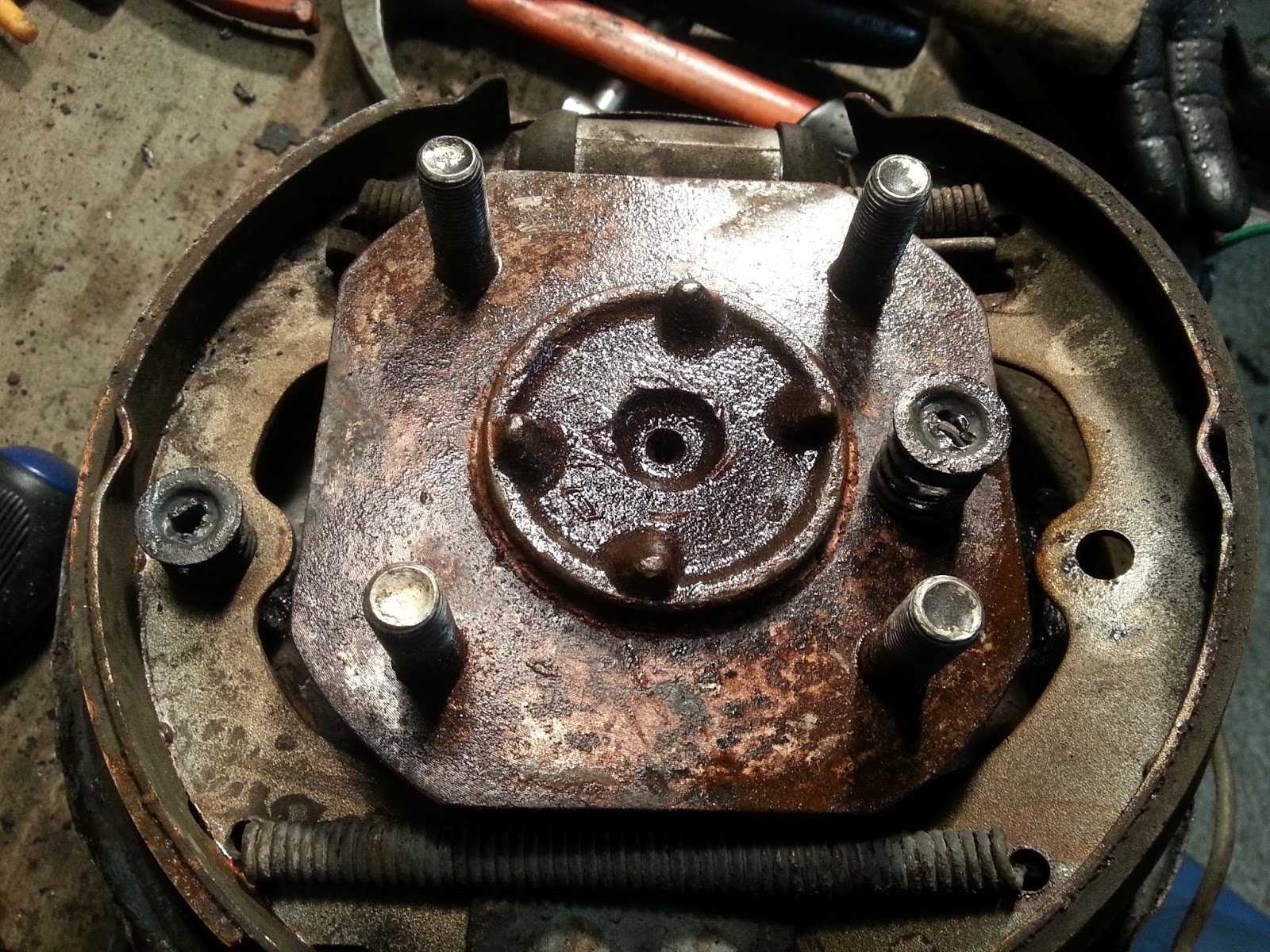 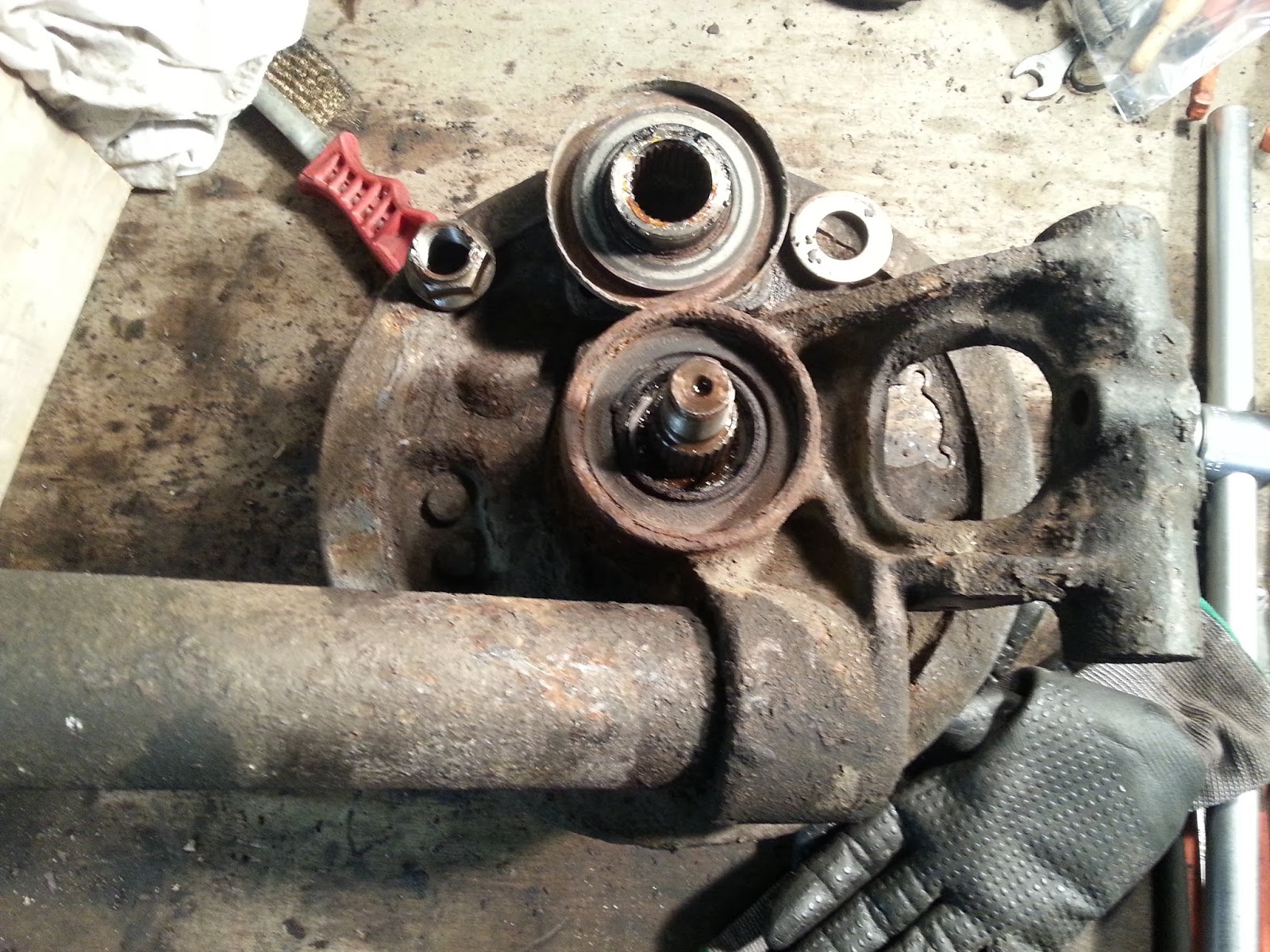 On Saturday we also opened up the new engine. It's in a bit rough state, but very good still. The previous owner had told us that the motor had had some blow through and we guess that we found the cause of this. One piston was a bit crummy looking and seemed that it had been damaged. Also the valves were covered in soot in that cylinder.
Well the machine shop should be able to tell what is going on with the motor. Some photos of the motor... 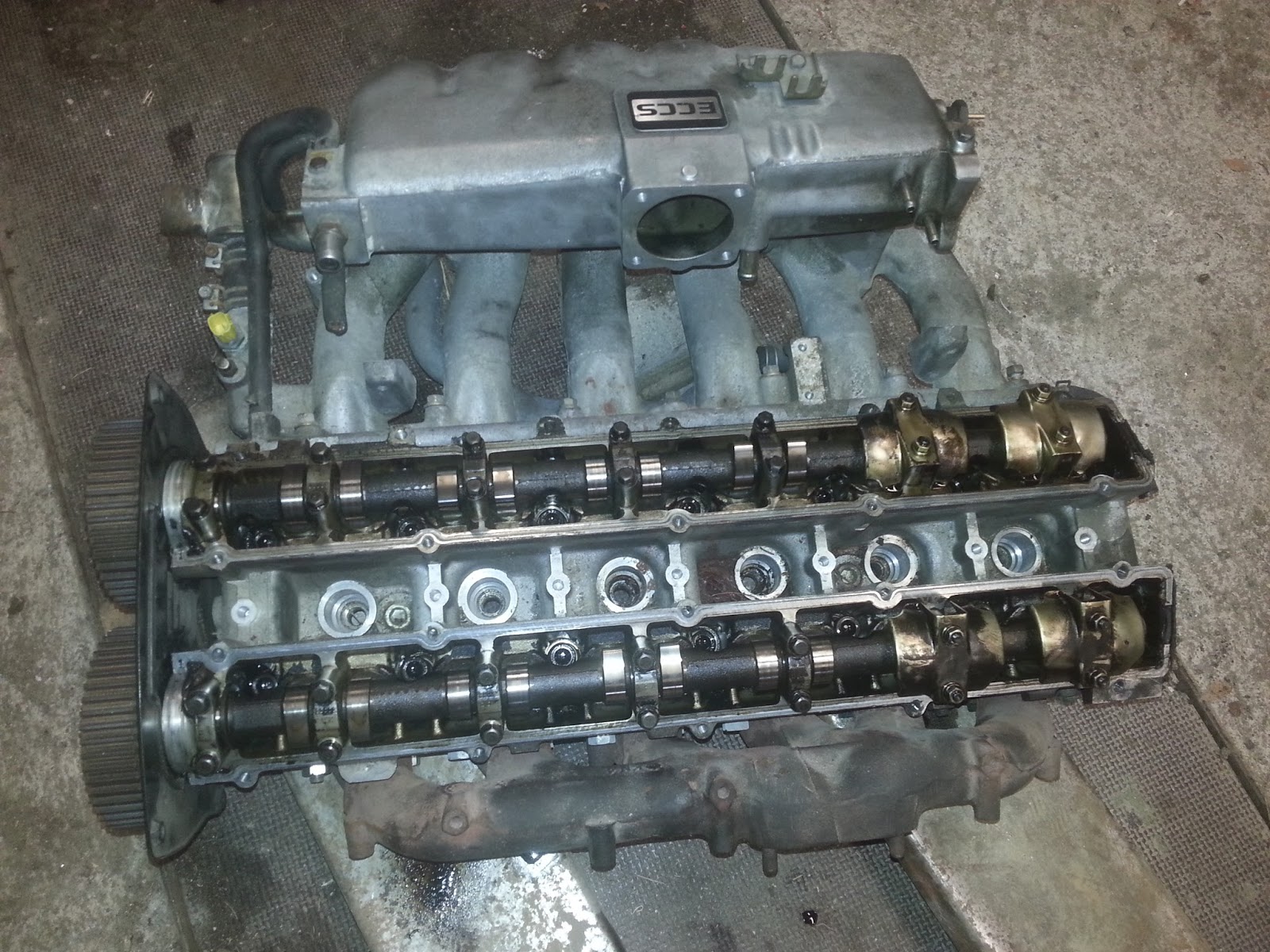 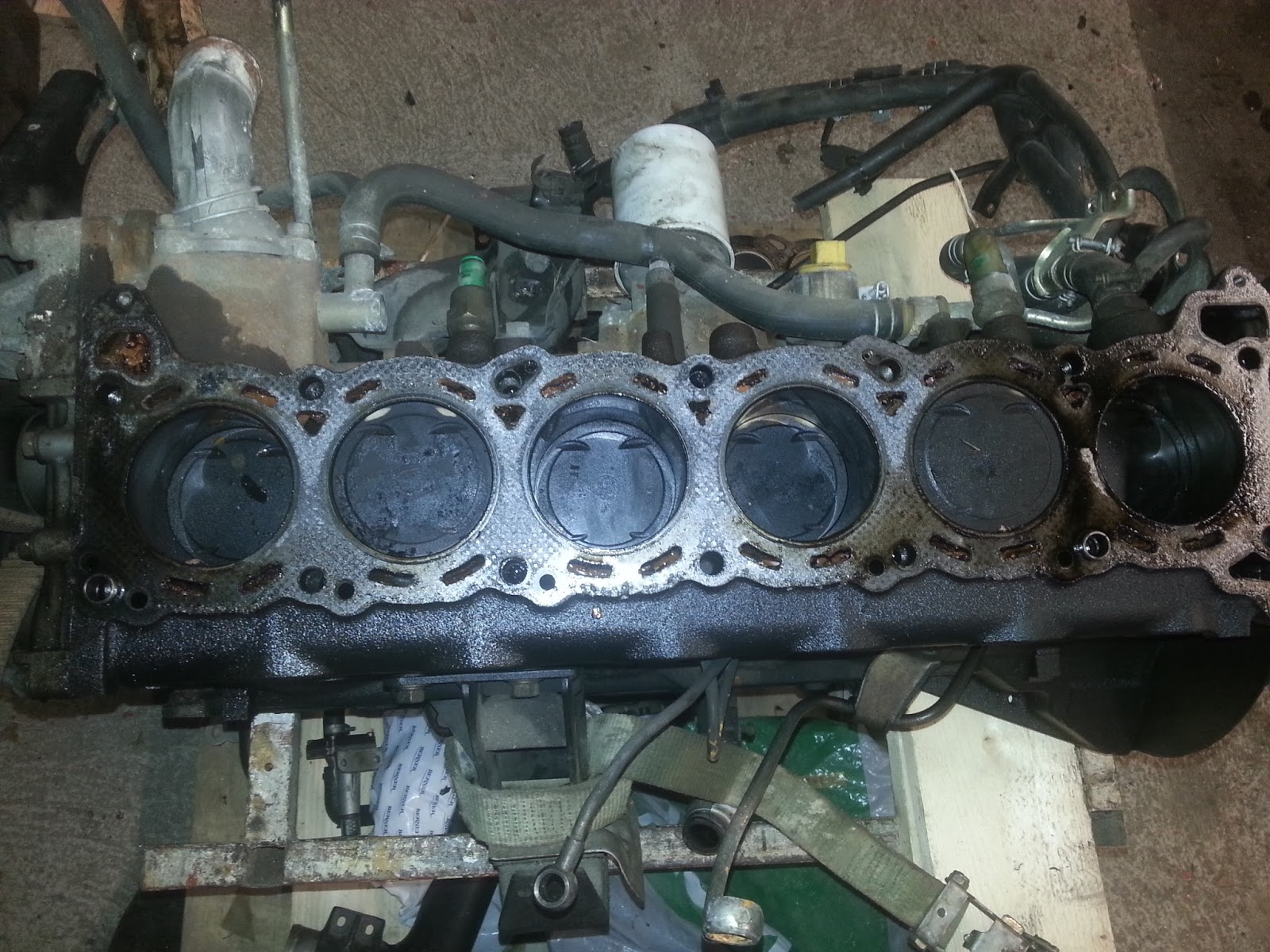 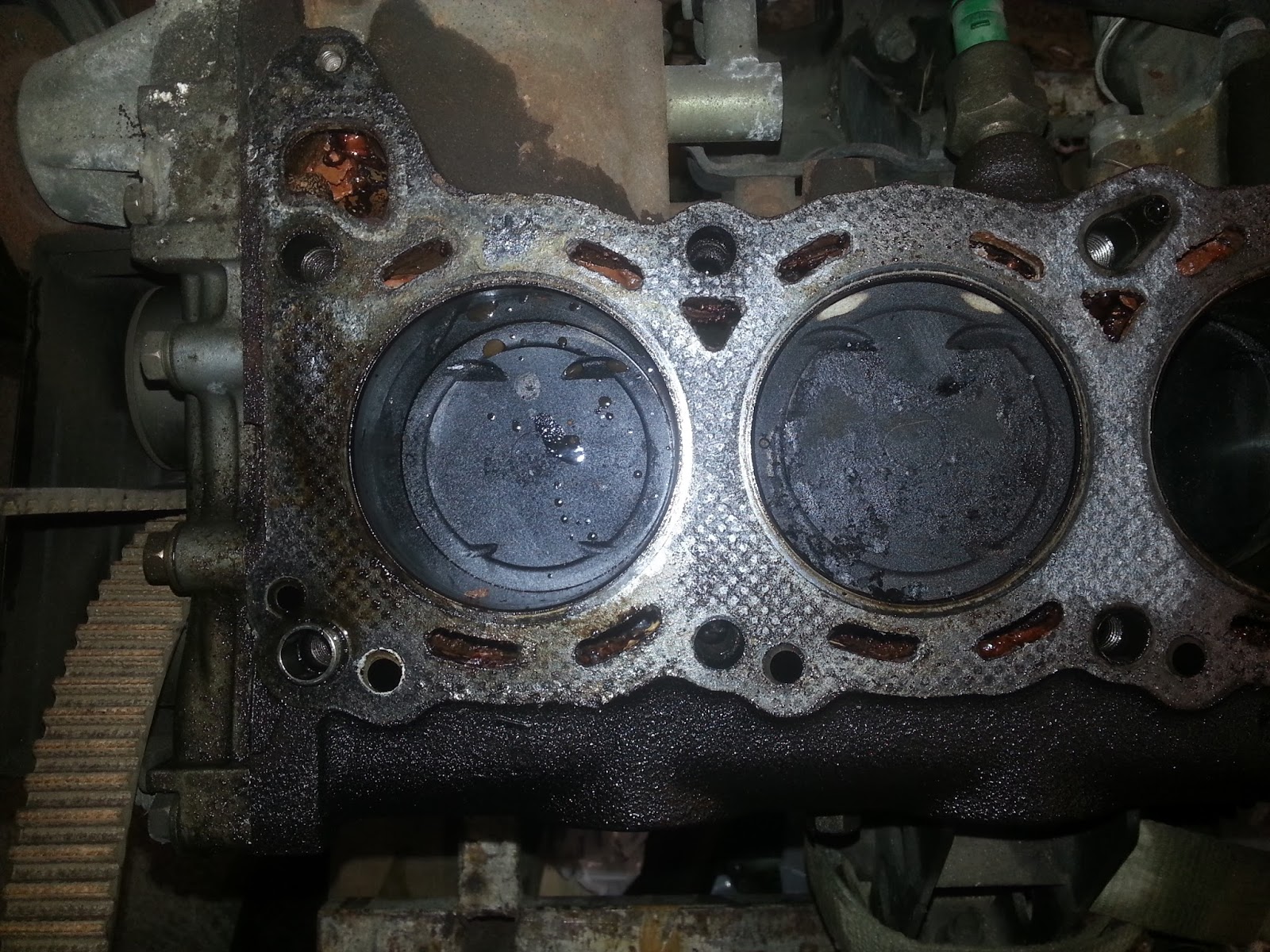 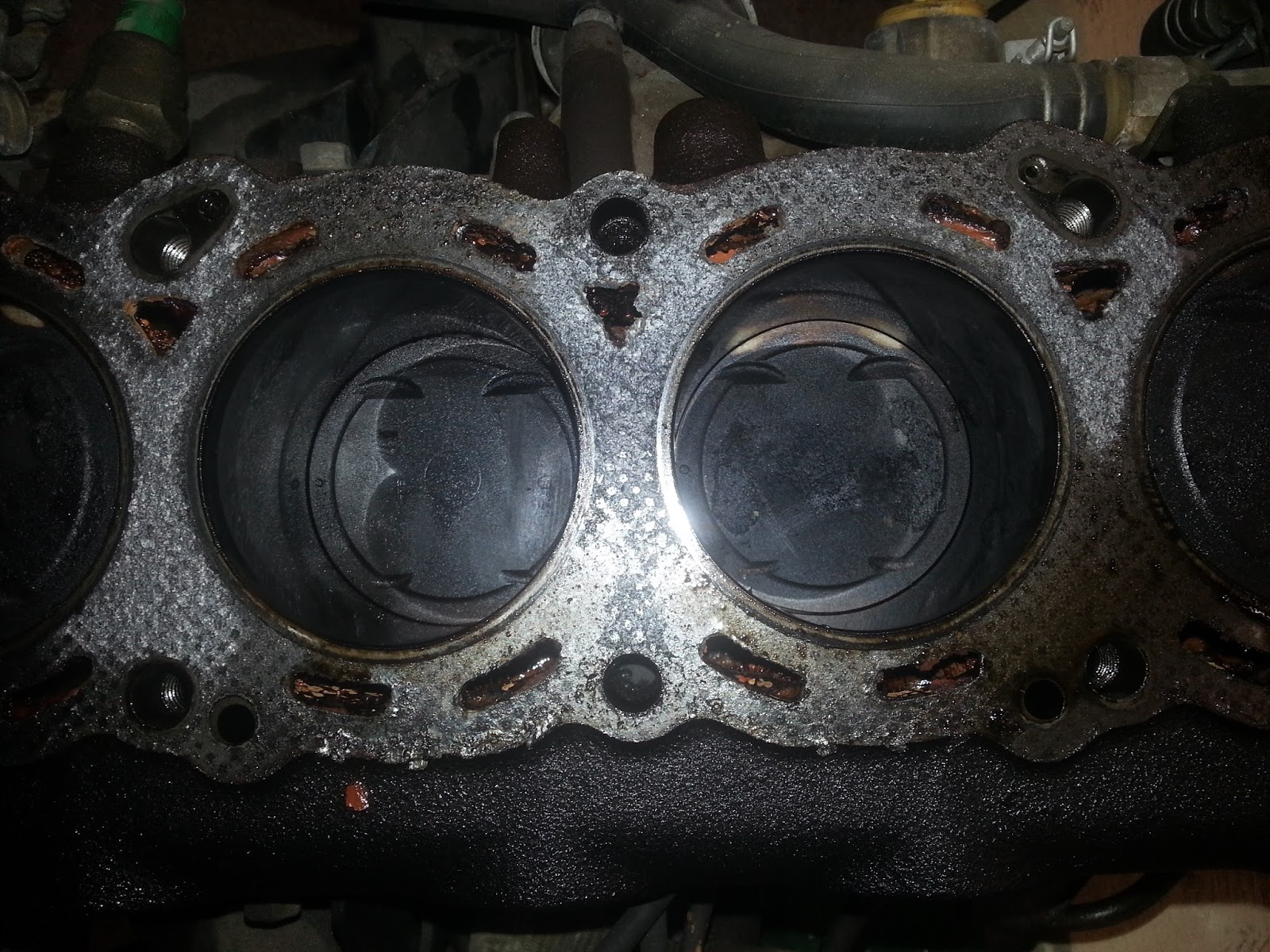 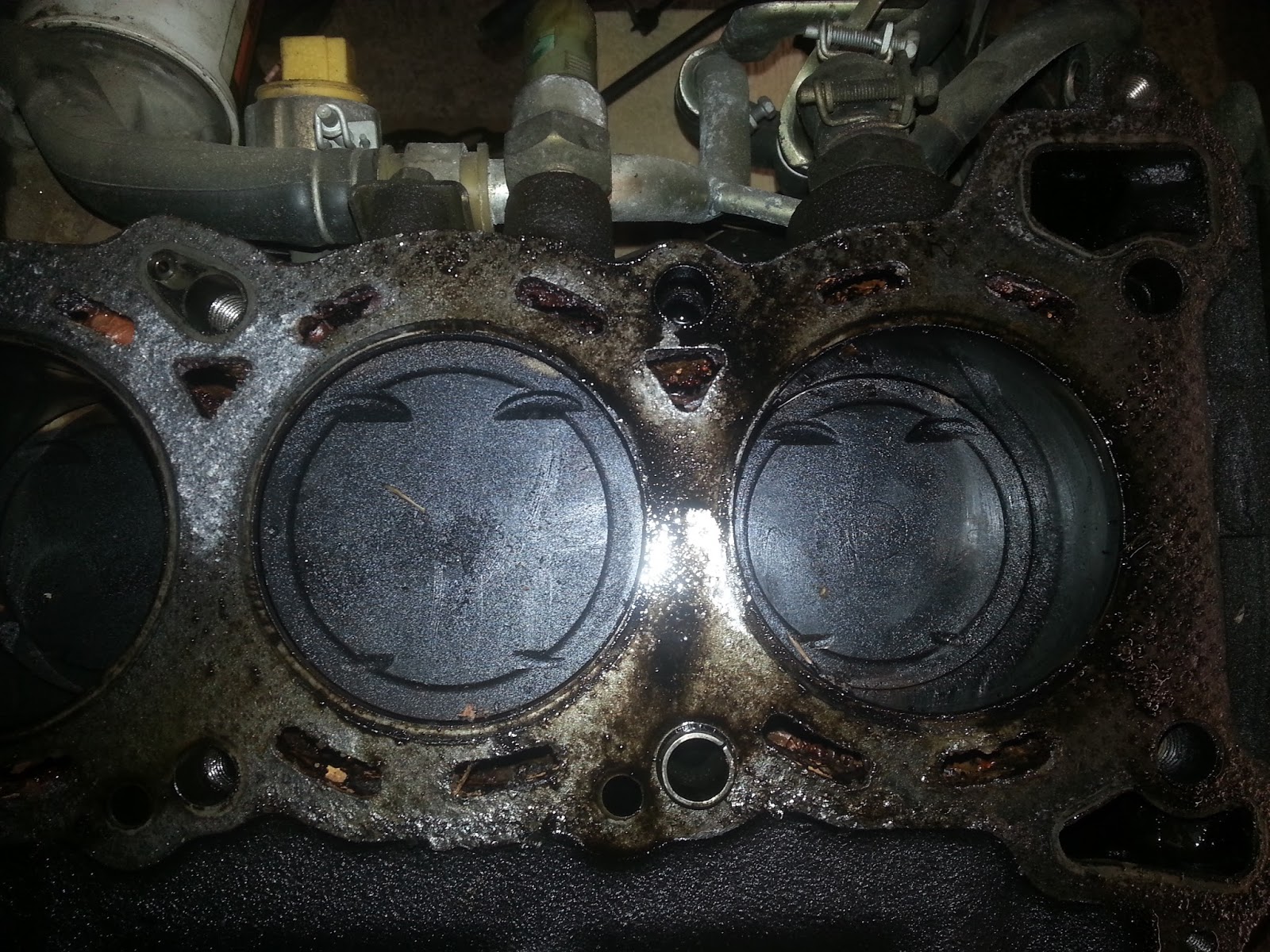 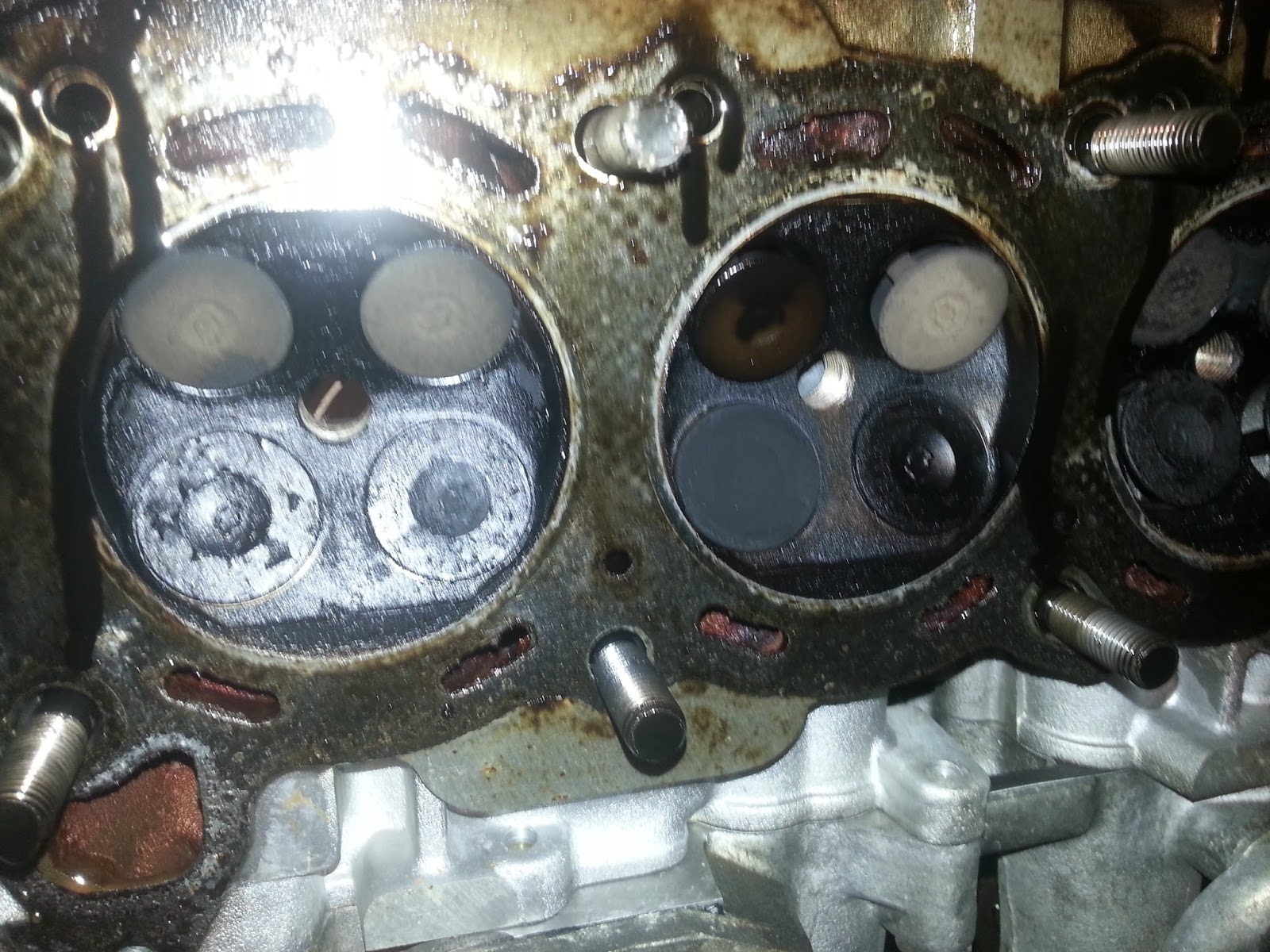 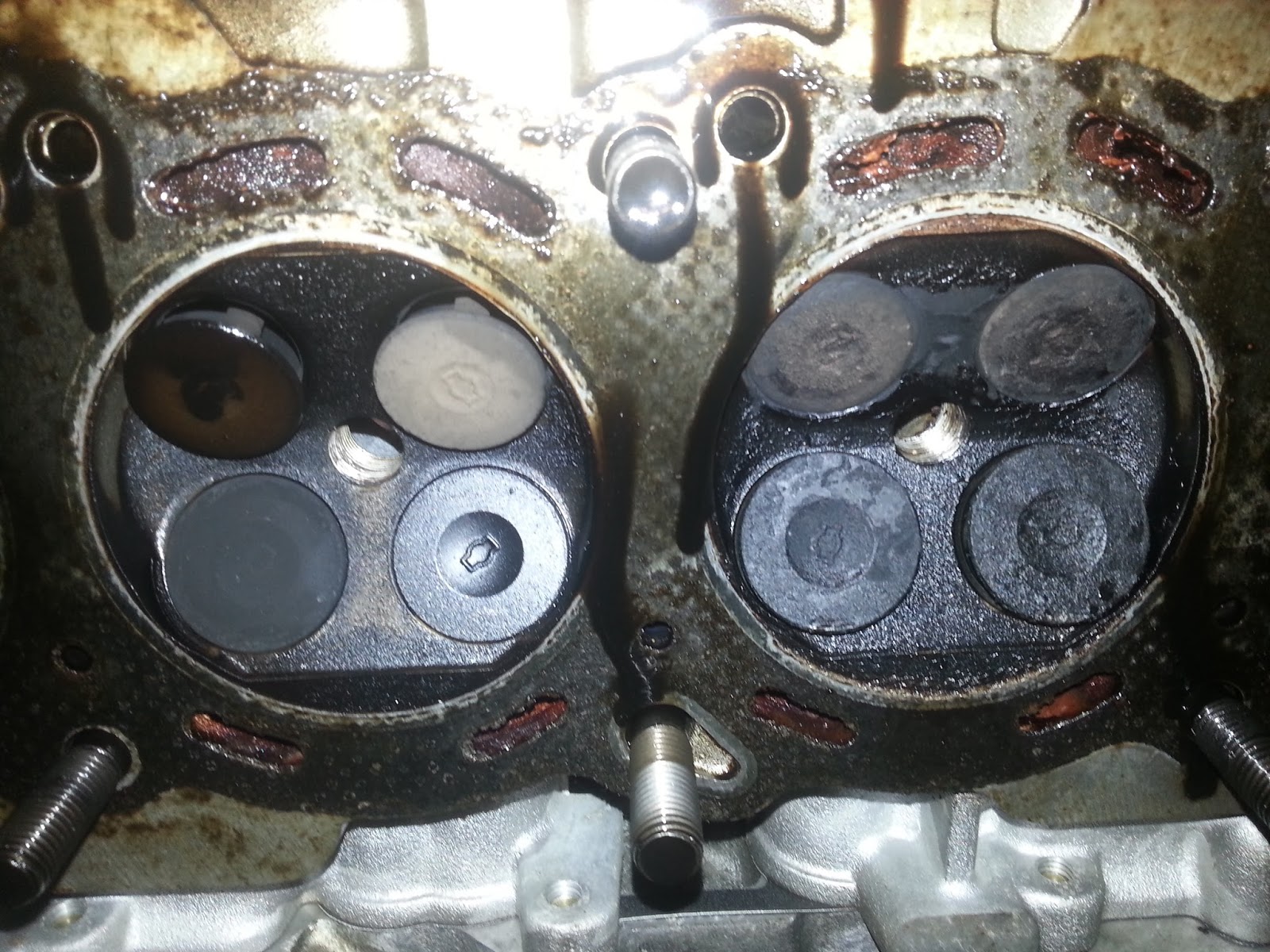 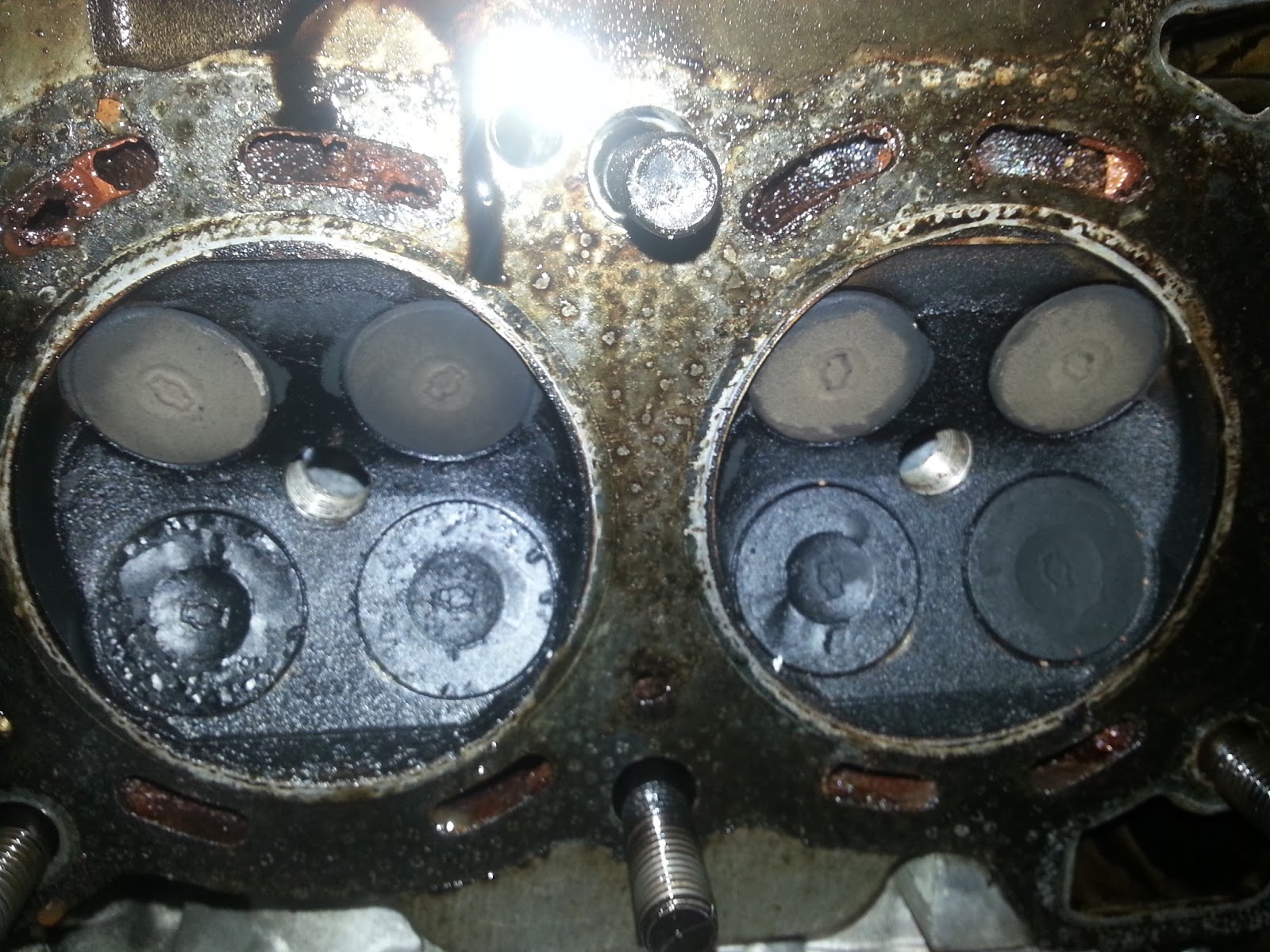 It's a bit tricky to balance the manifold with one hand and operate a camera phone with other so sorry about the poor photos!

Hoping the crap that is sedimented on the motor comes off with a little elbow grease and the machine shop deems the motor OK.
Lähettänyt OPTaiva klo 22:07