A lot of water has flowed under the bridge since last update, but fear not; project has not been abandoned.

Since last time Zeta has been moved to a different location with a very simple "trolley". The trolley consist of one pallet and pallet sheet that has been outfitted with wheels. 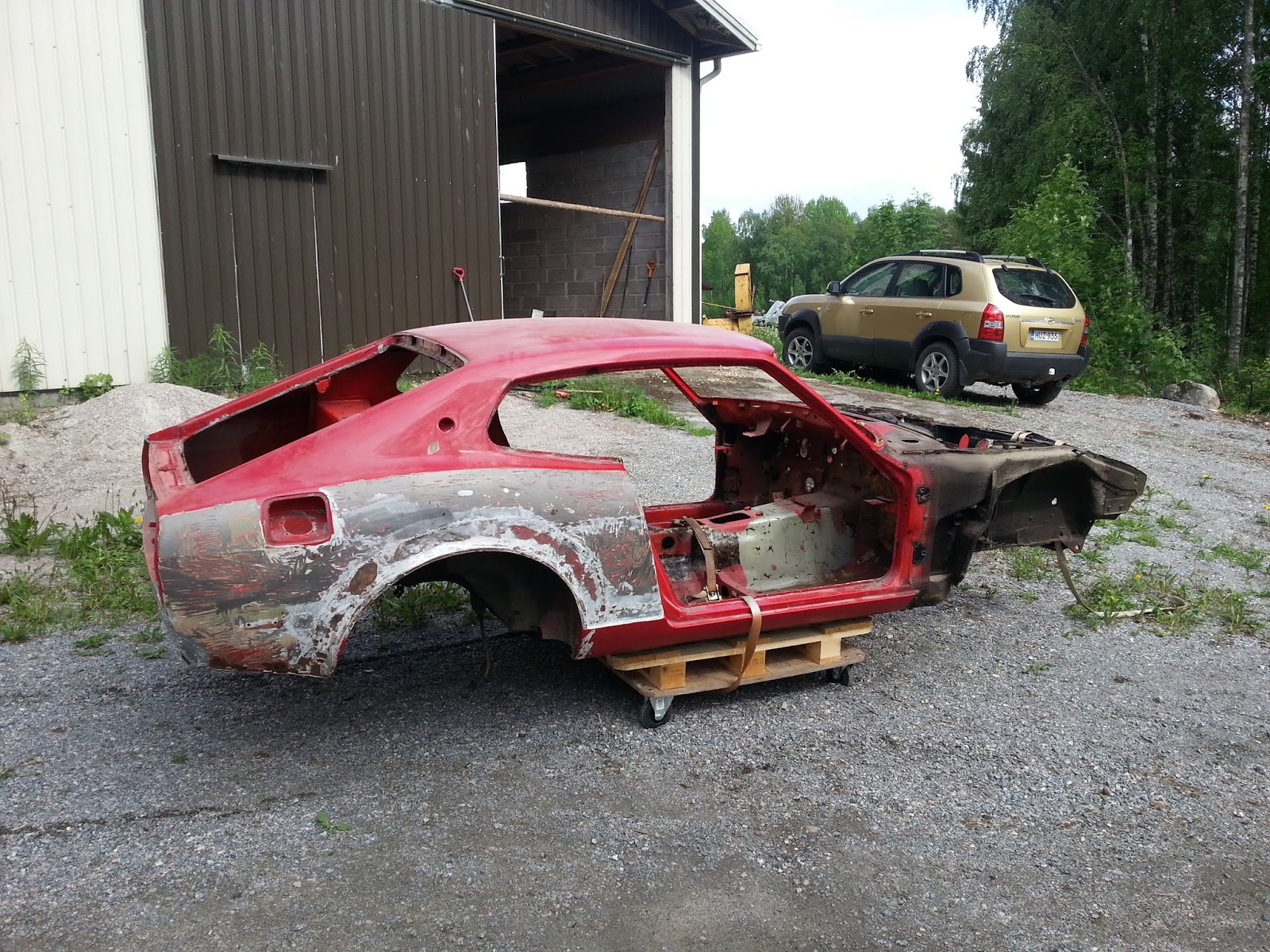 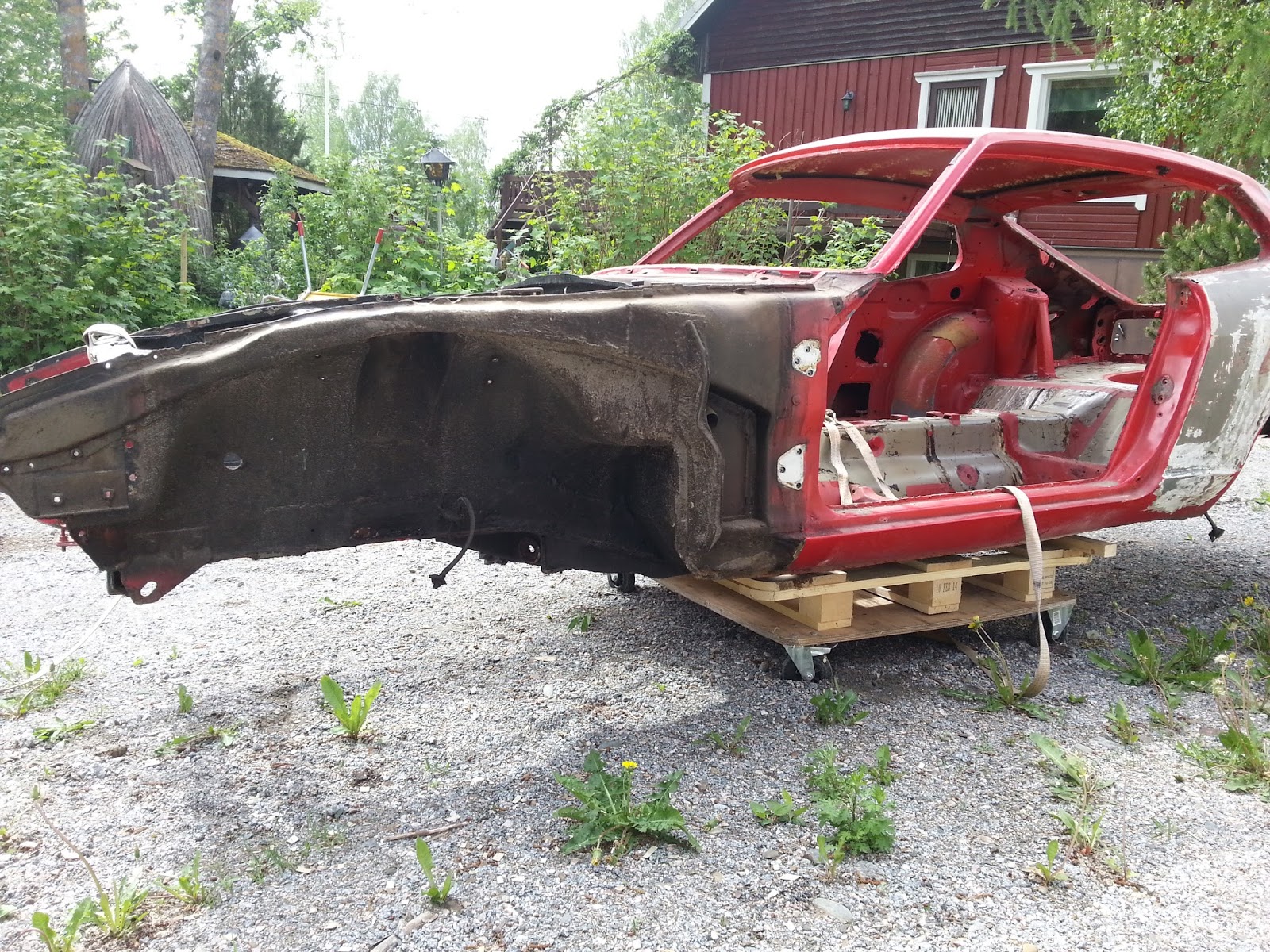 As one can see, the wheels were a tad tiny to work in gravel so the trolley got stuck. Again JCB to the rescue! 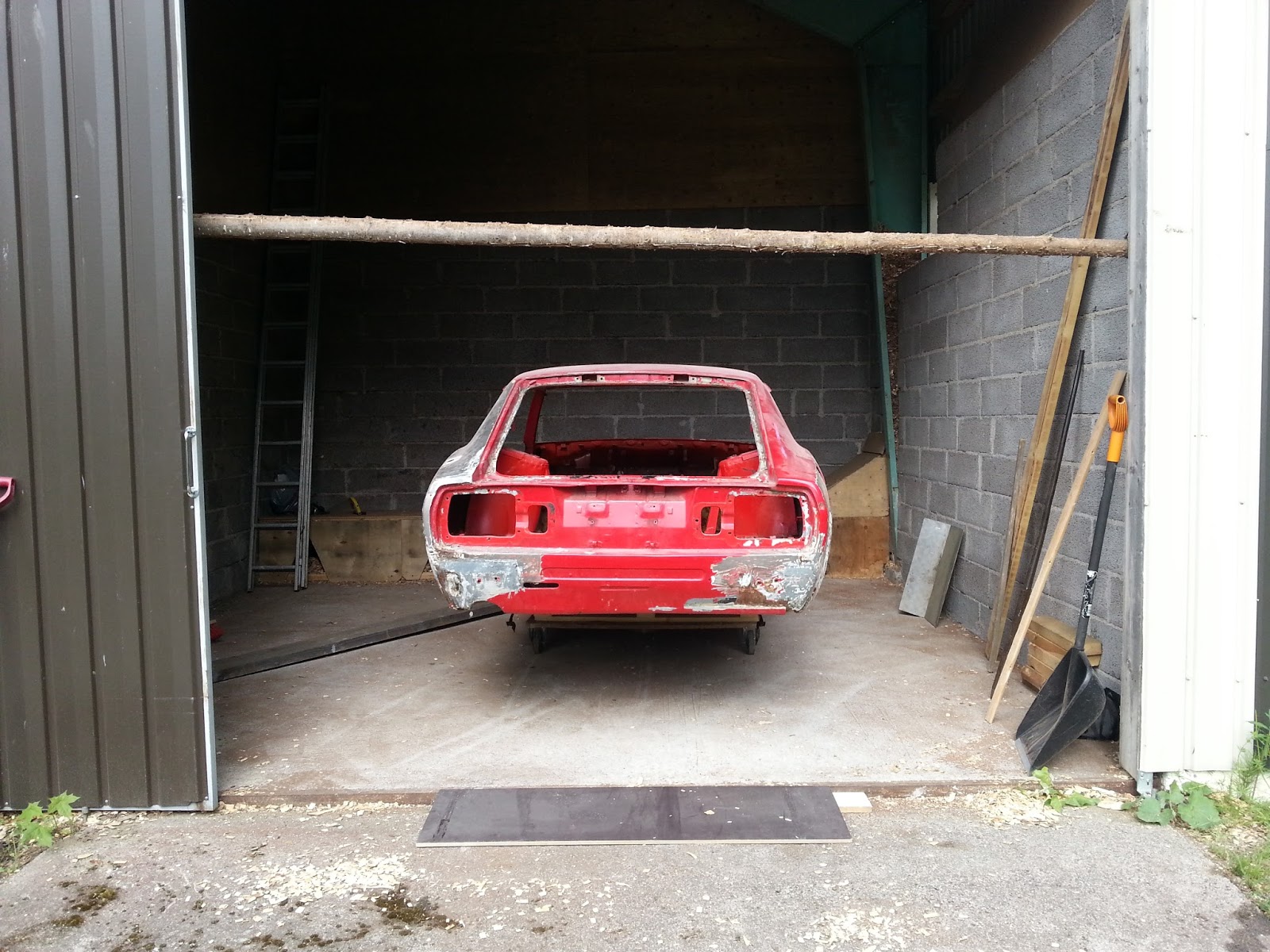 Zeta was moved because we removed paint and body filler with nylon wheels. Here is "Dexter" in her work. 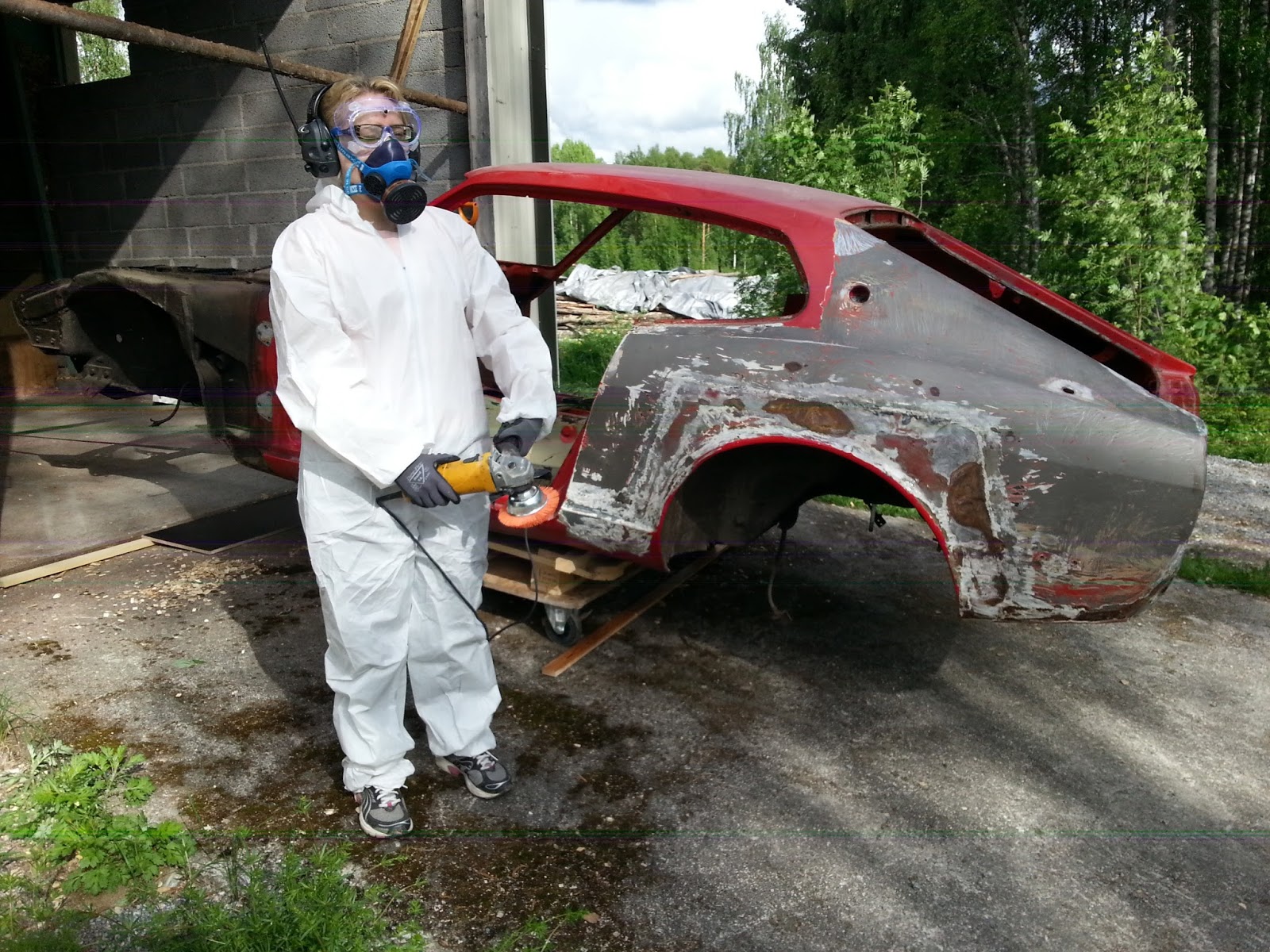 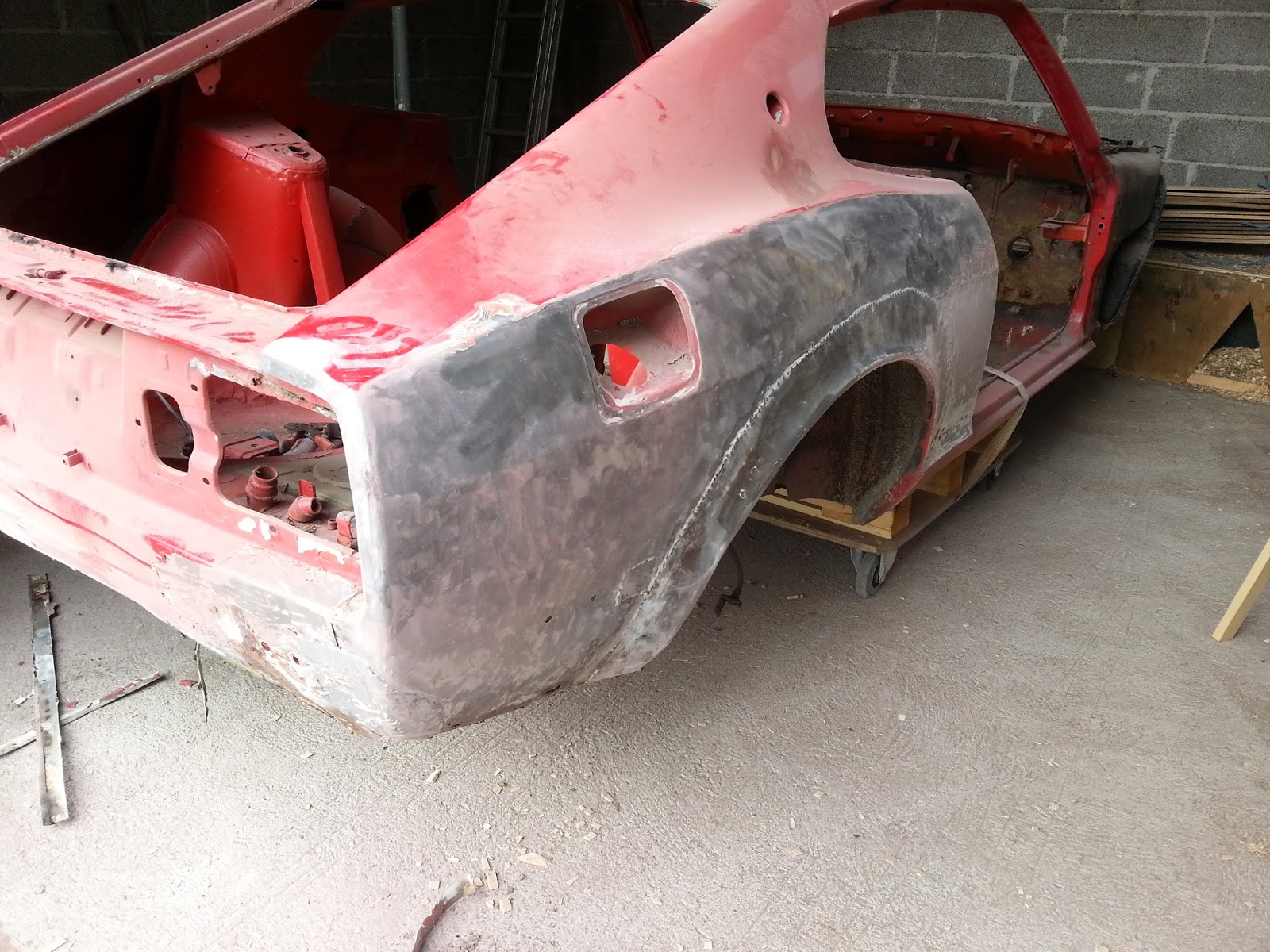 Then the work continued by doing a rotisserie and taking the car to the blasters. 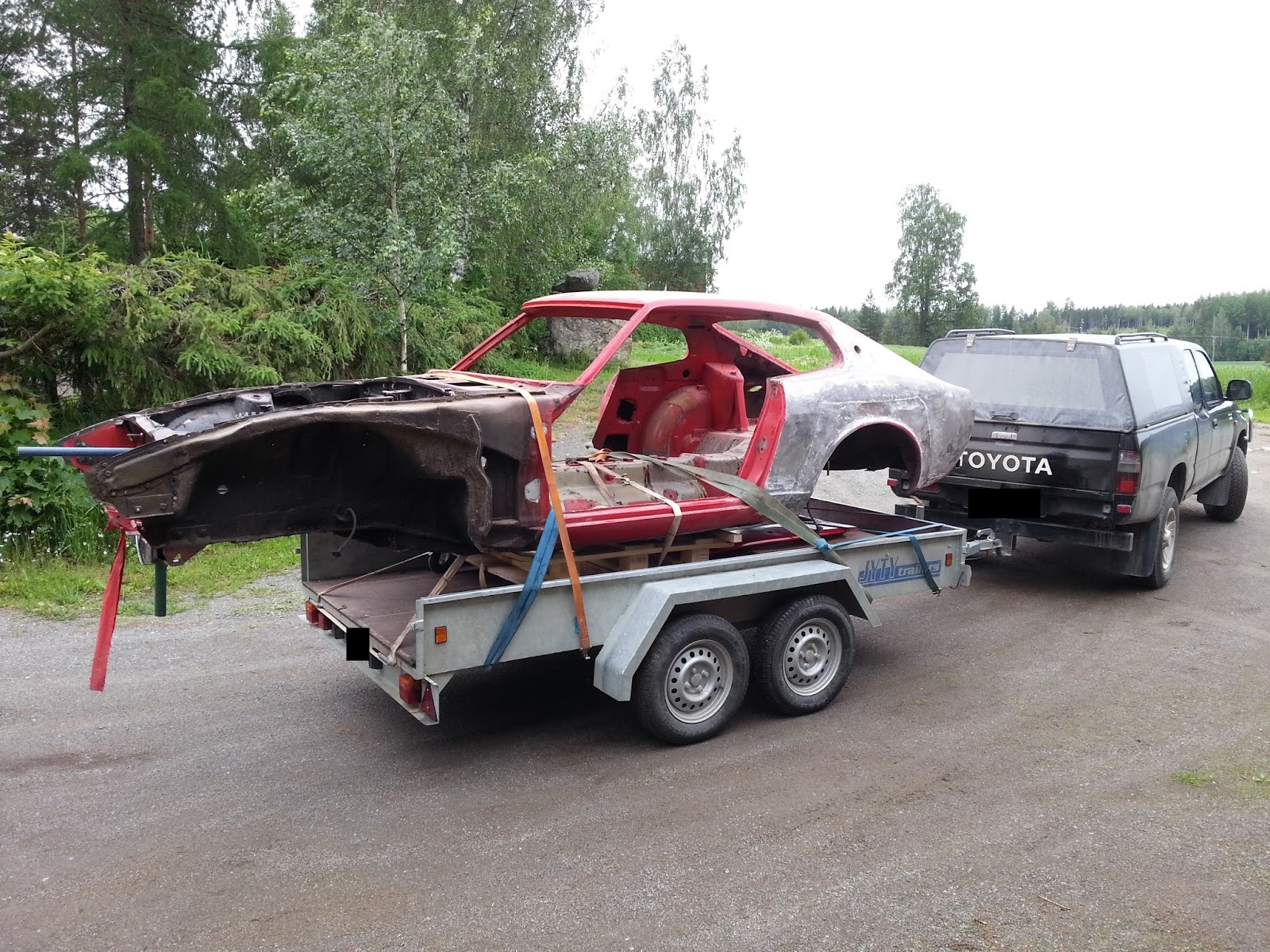 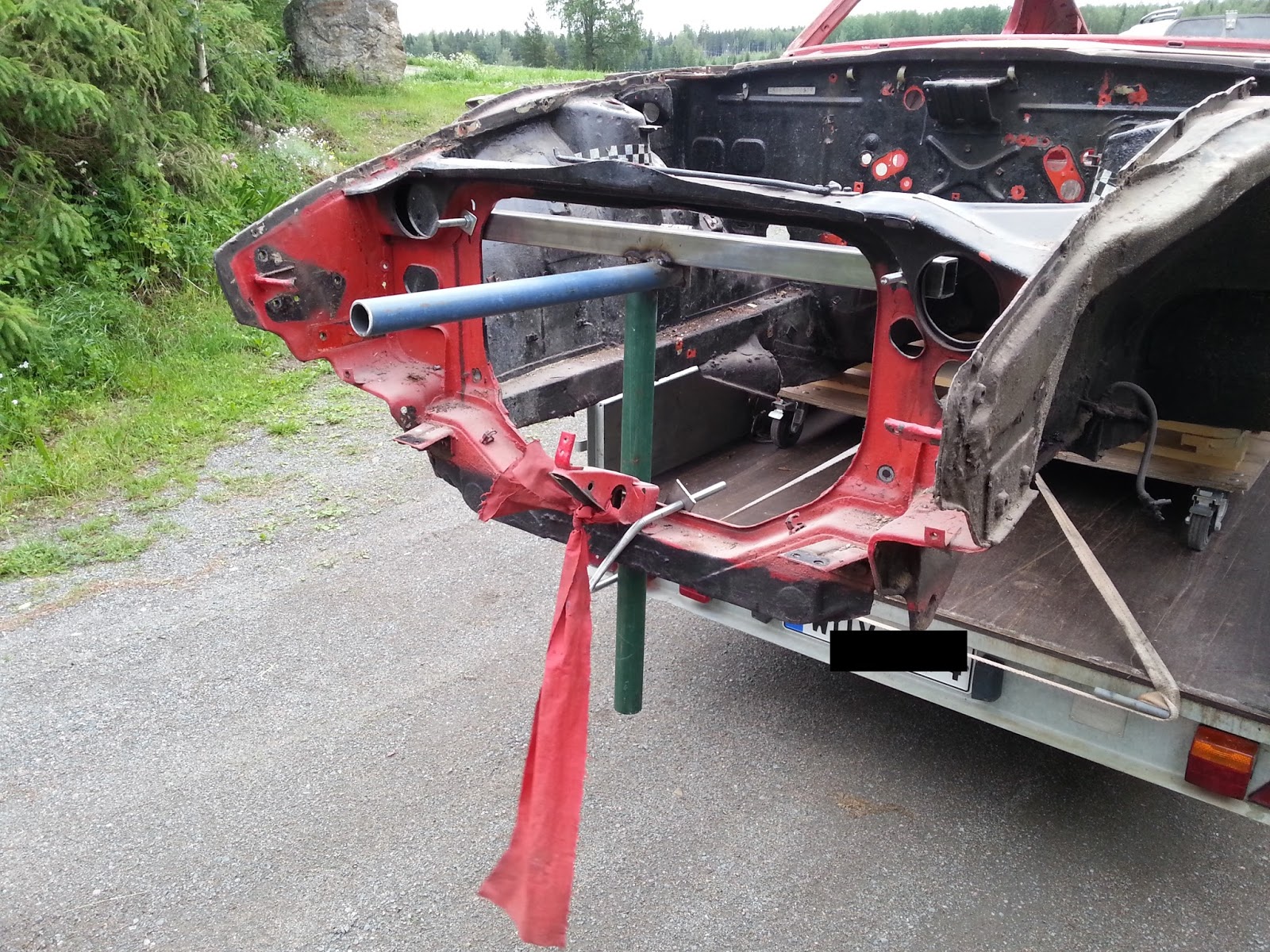 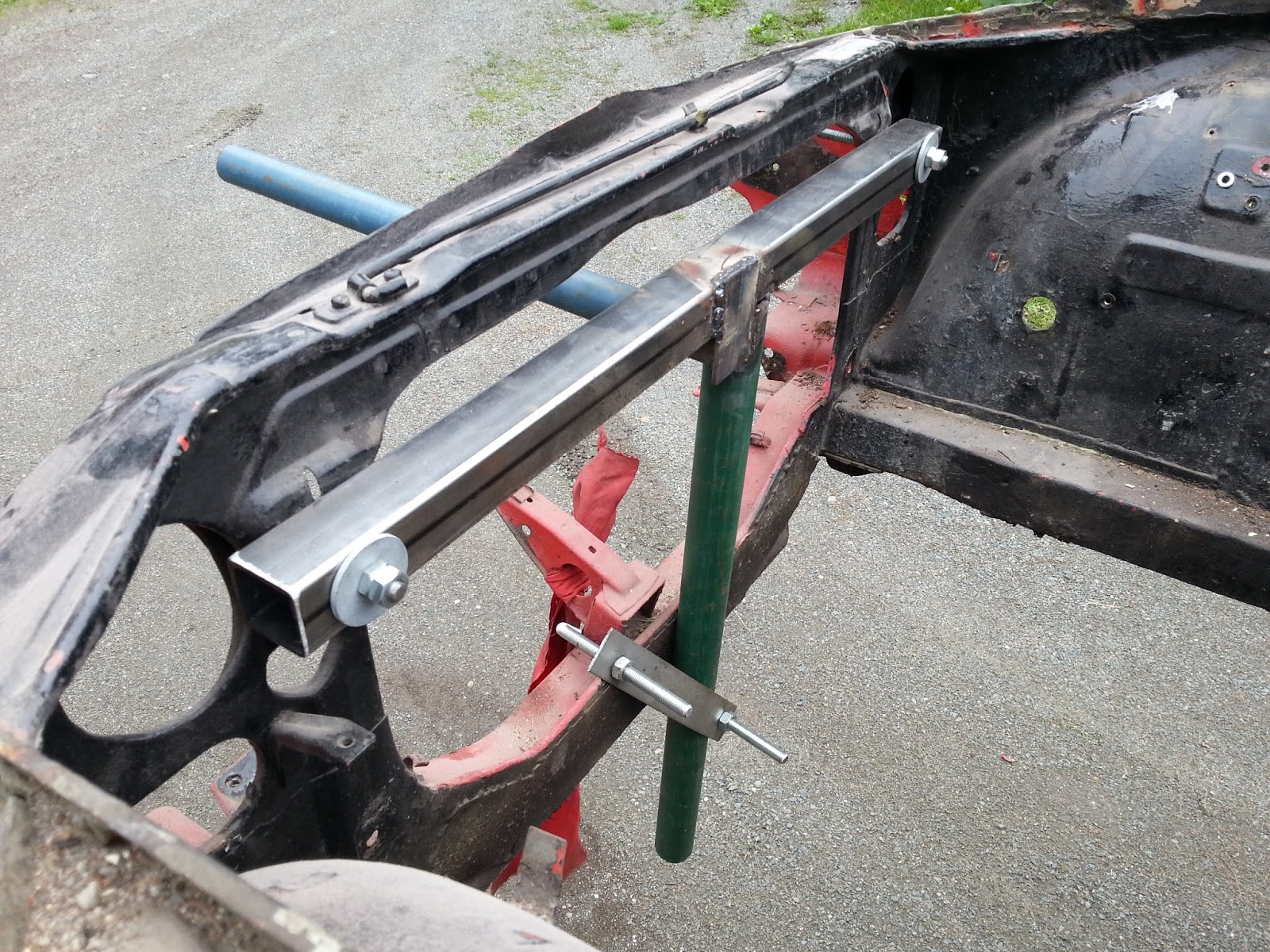 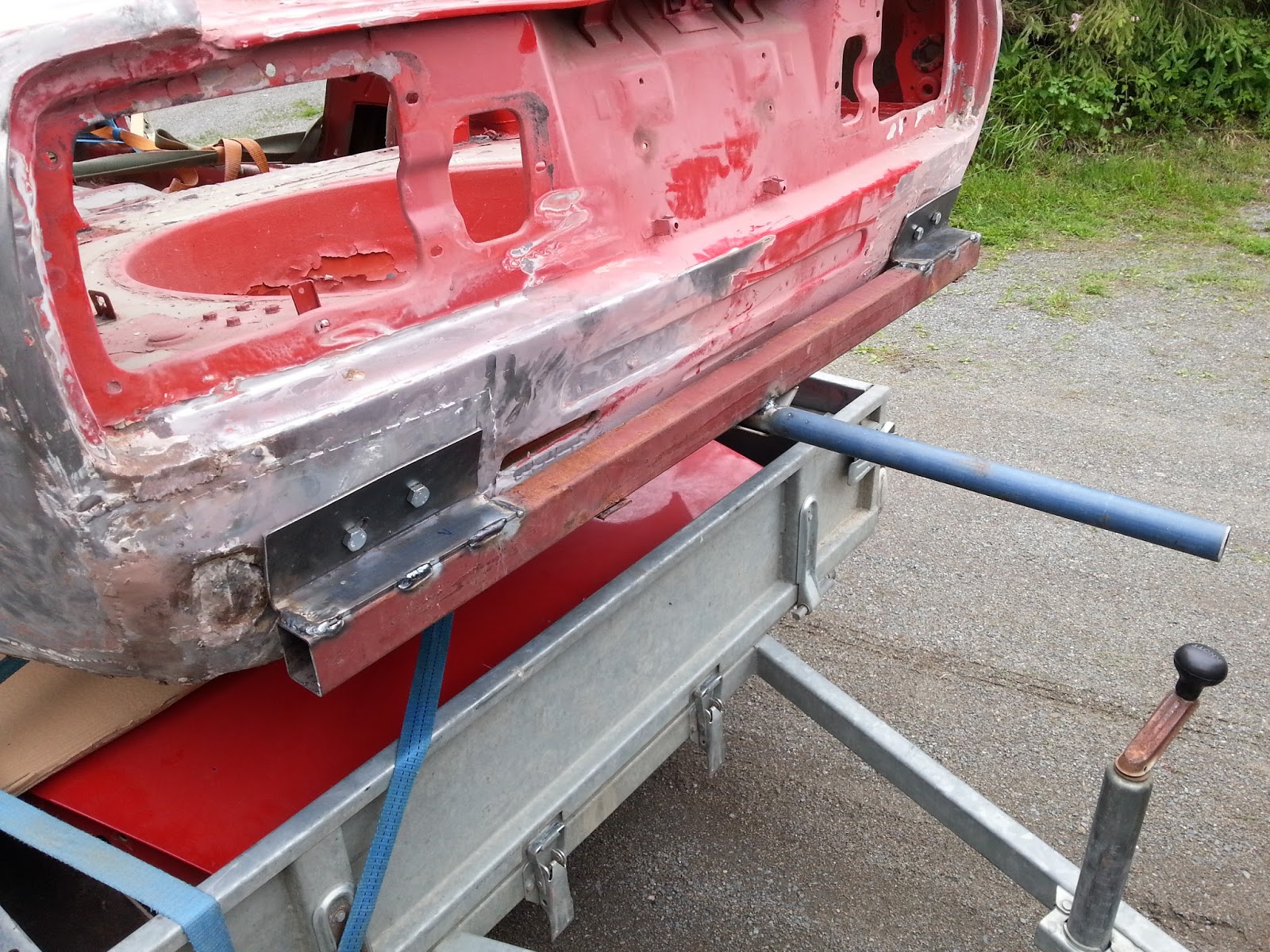 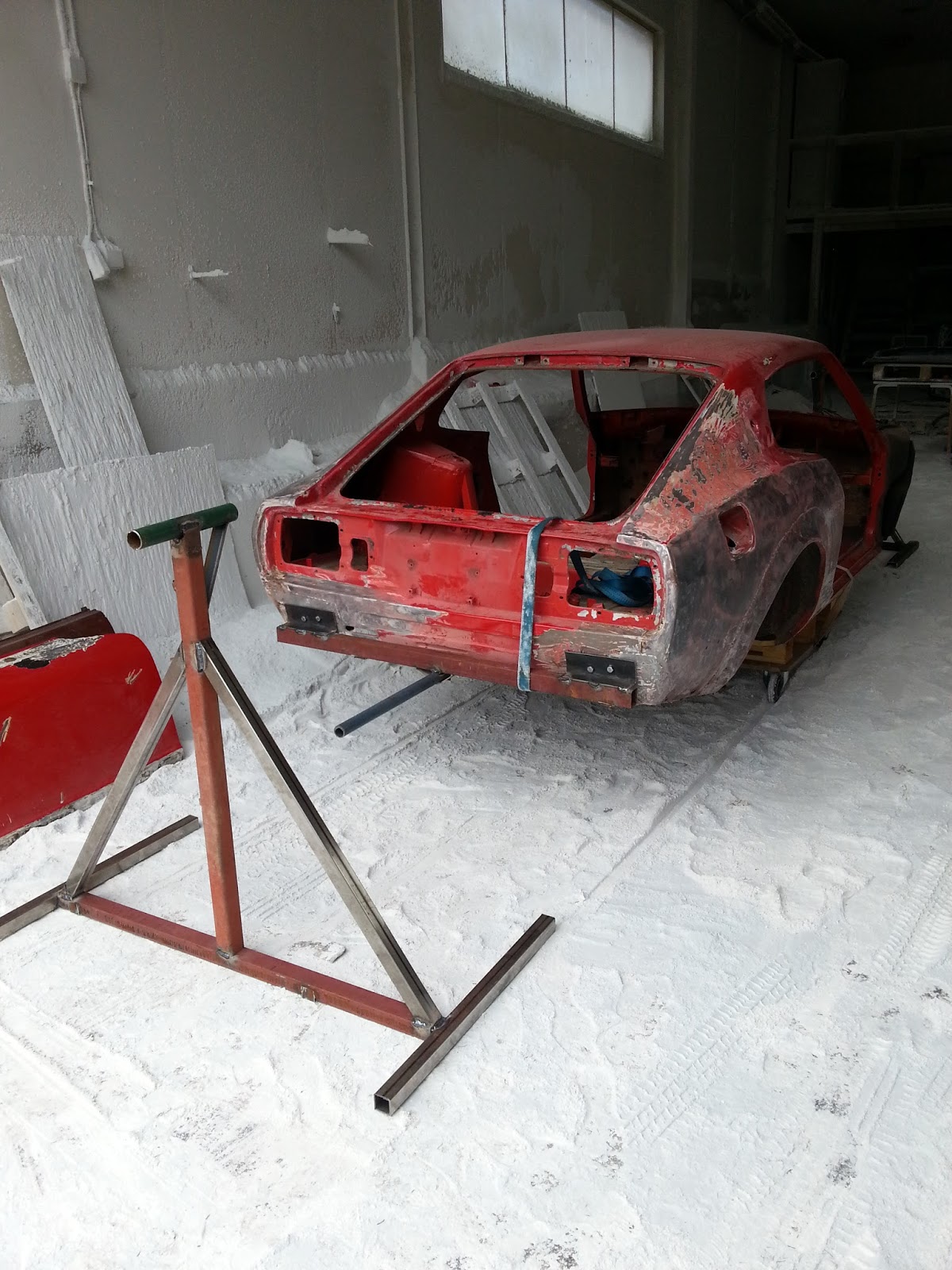 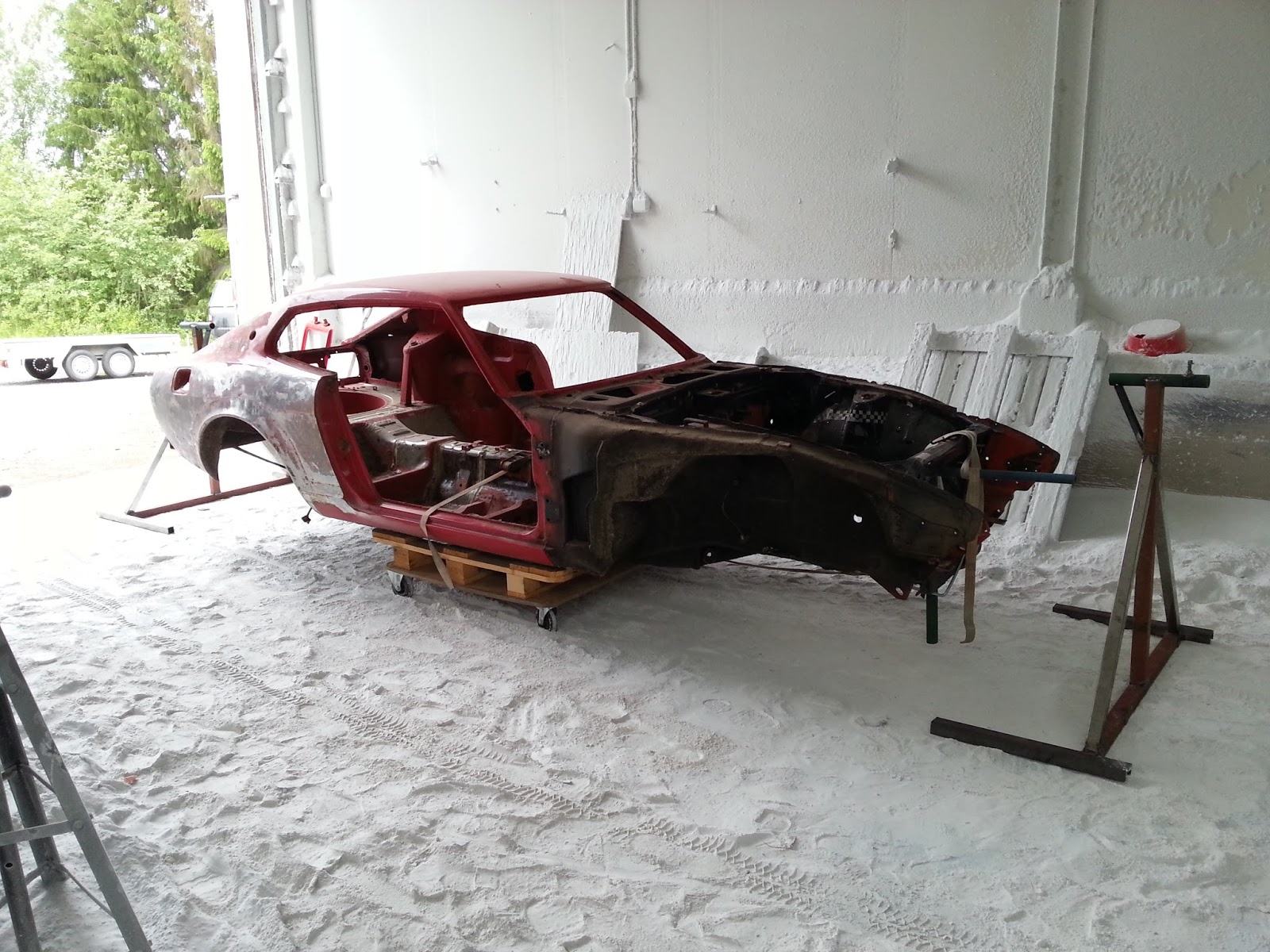 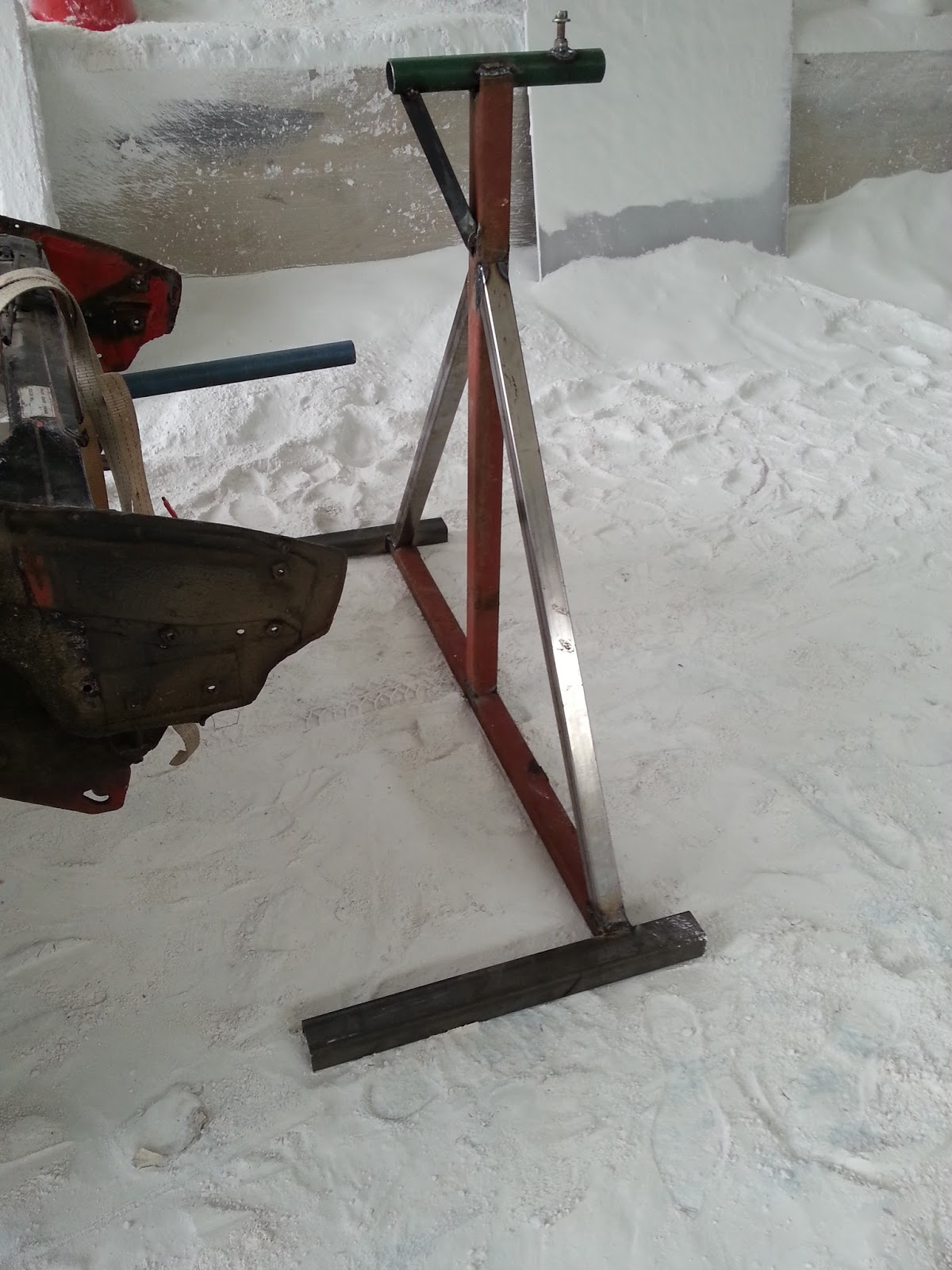 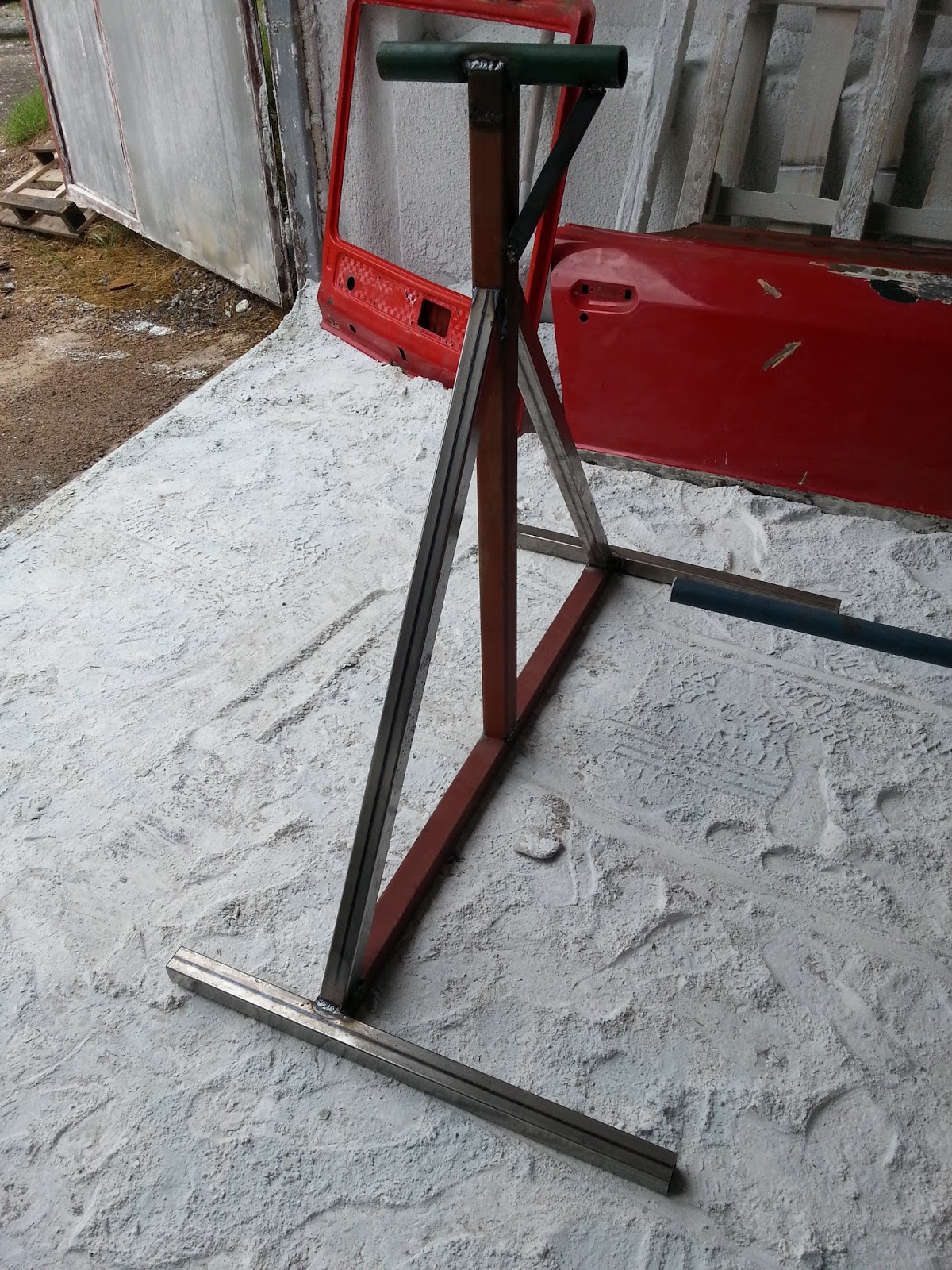 The height of the rotisserie is about 110 cm and the width about 120 cm. The profile that has been used was either 40x40x2 mm or something along those lines... Some of the steel was scrap, so it's not uniform.
Lucky thing was that we did not have the chance to test the grill, but the blaster said that it worked flawlessly and was good to use even when alone. Nice!

Next up: Pictures about the outcome!
Lähettänyt OPTaiva klo 21:58