Well not really, I just have made the first cuts and taken the drivers floor off. 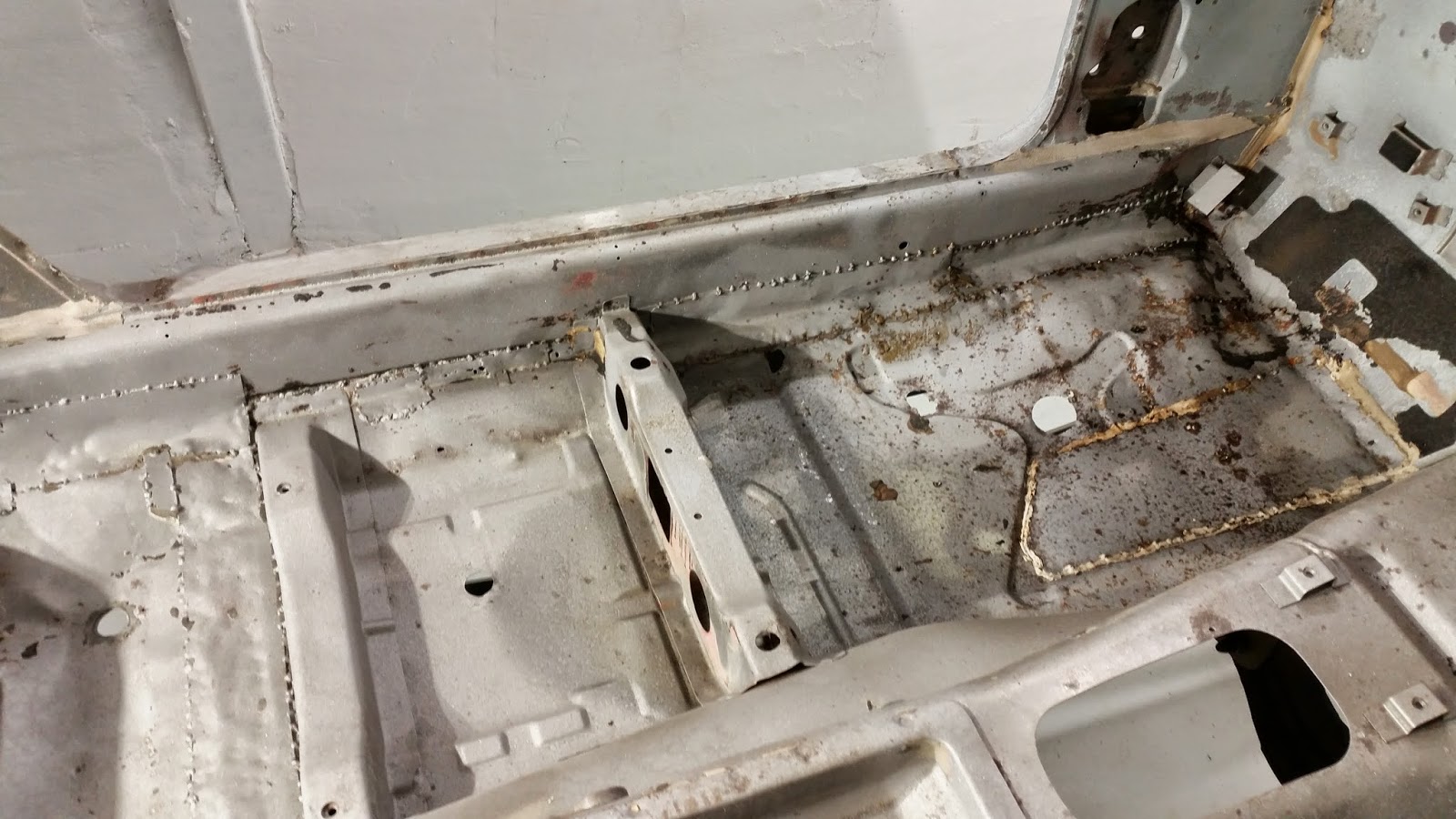 Here is the starting point for the removal process. Damage is quite extensive and the previous repairs have been done very poorly. Thus the whole floor has to go! 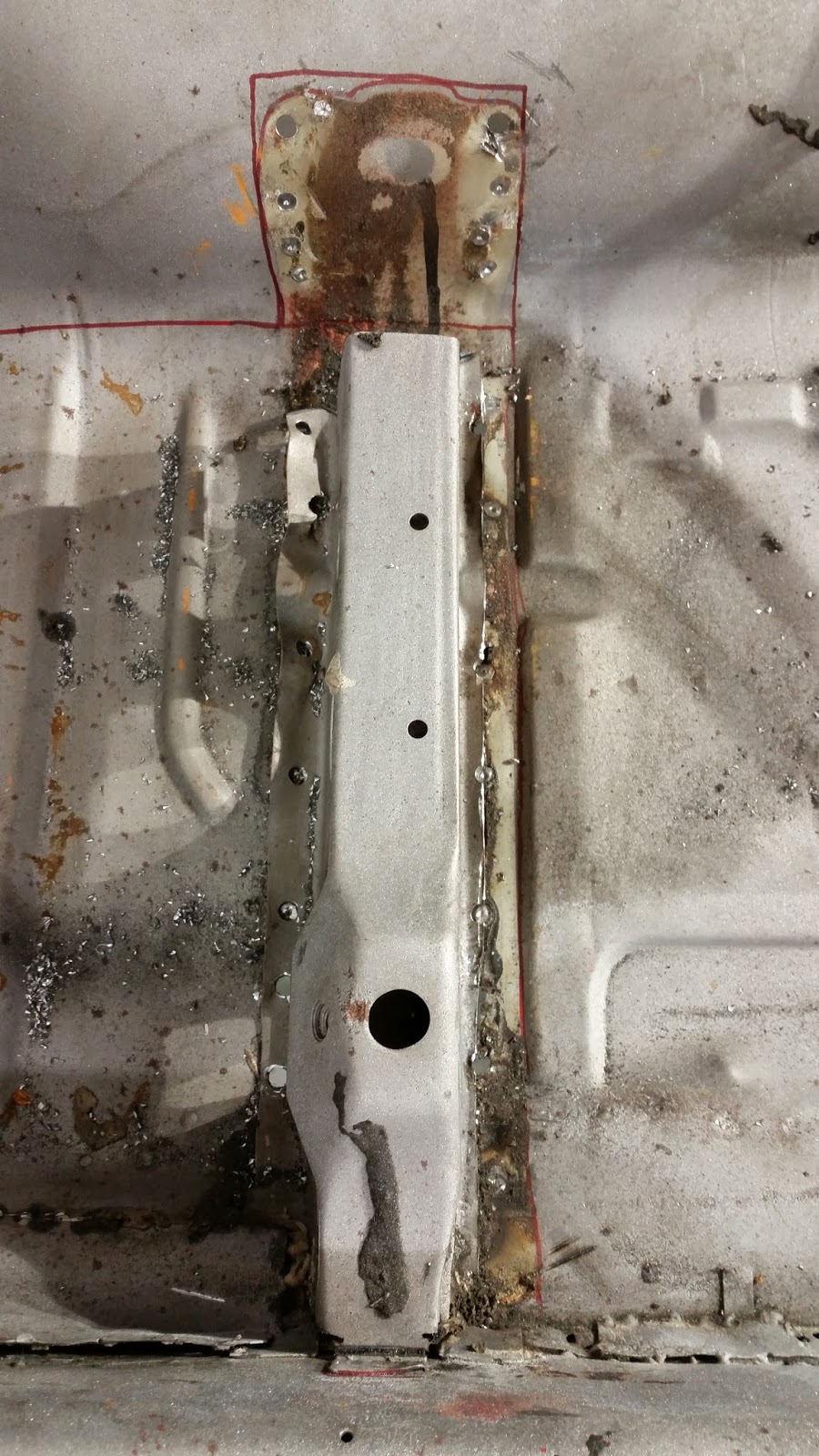 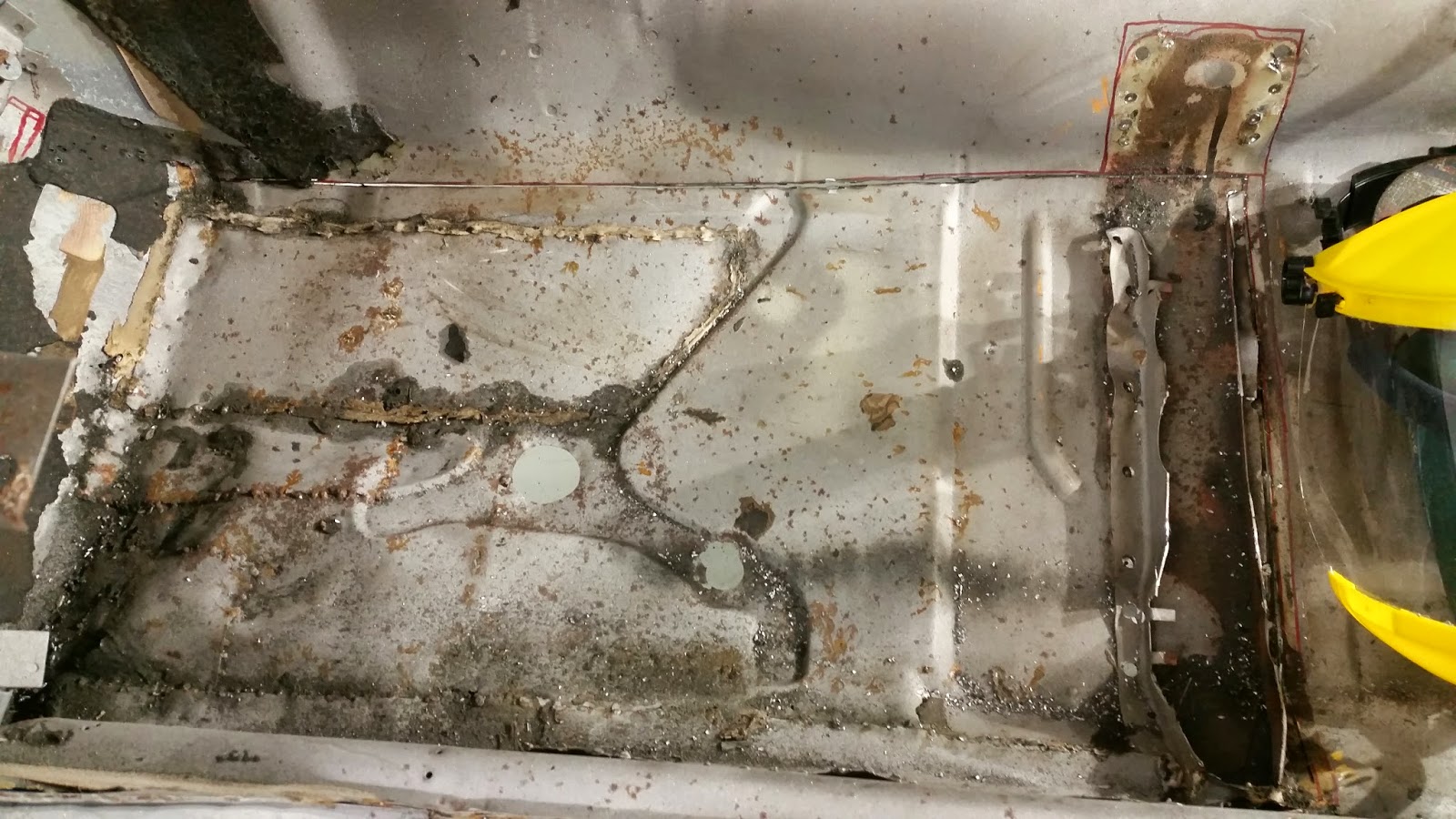 One can see that spot weld drill went through in few spots.
I'm cutting that area also off, when I have repaired the floor first. That way the distortion of transmission tunnel is kept to a minimum or so I hope.
I'm guessing this is going to be the case on the passenger side as well, because the spot welds are keeping the seat mounting rails attached along with some body adhesive. You would think that after 30 odd years the adhesive would have failed, but no!
I don't plan to use the rails, so I just hack them to pieces and remove them that way. 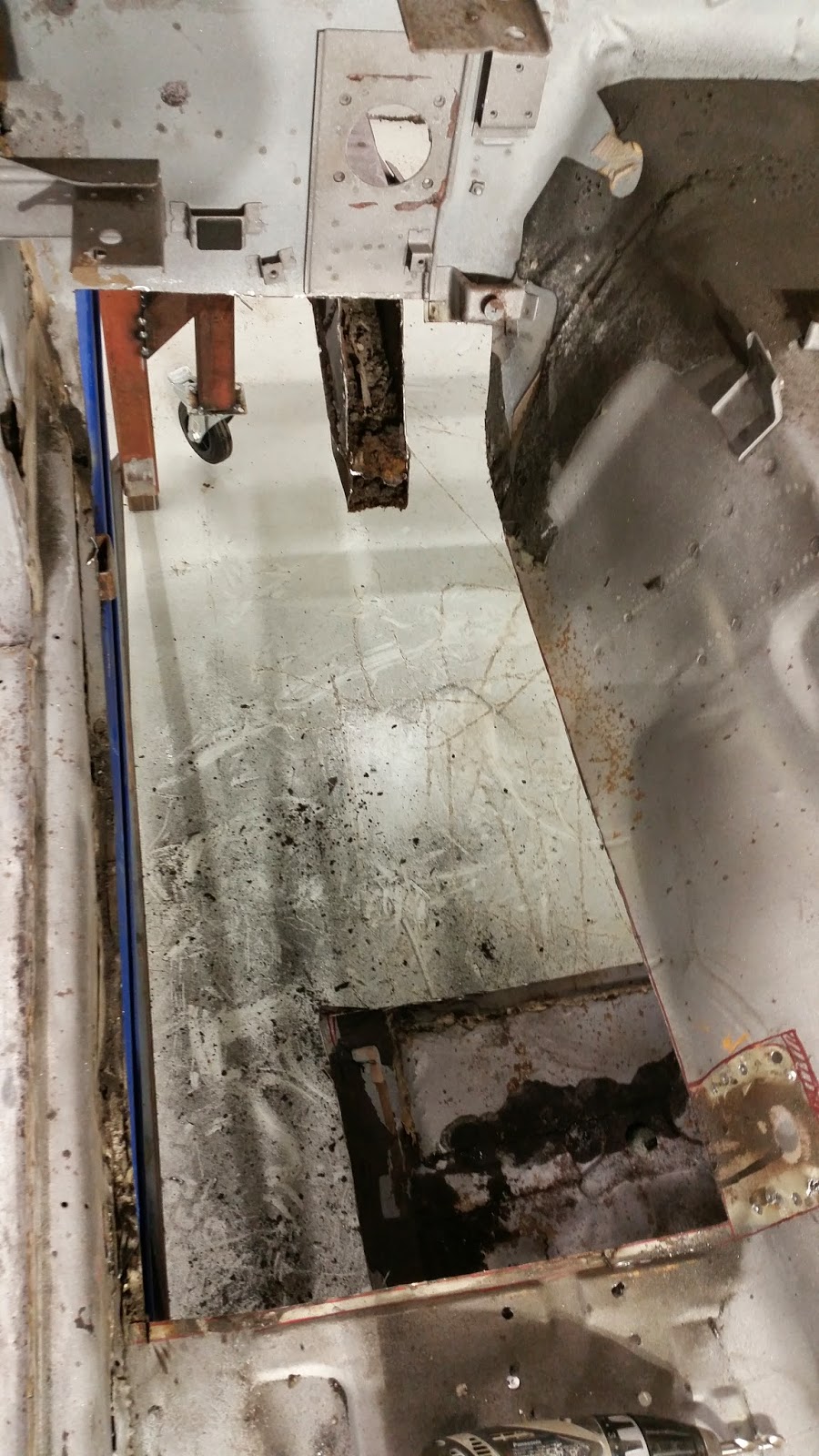 I extended the cut far in to the firewall, because there was already poorly made patch panels attached to the firewall and the only reasonable action was to cut those off too. 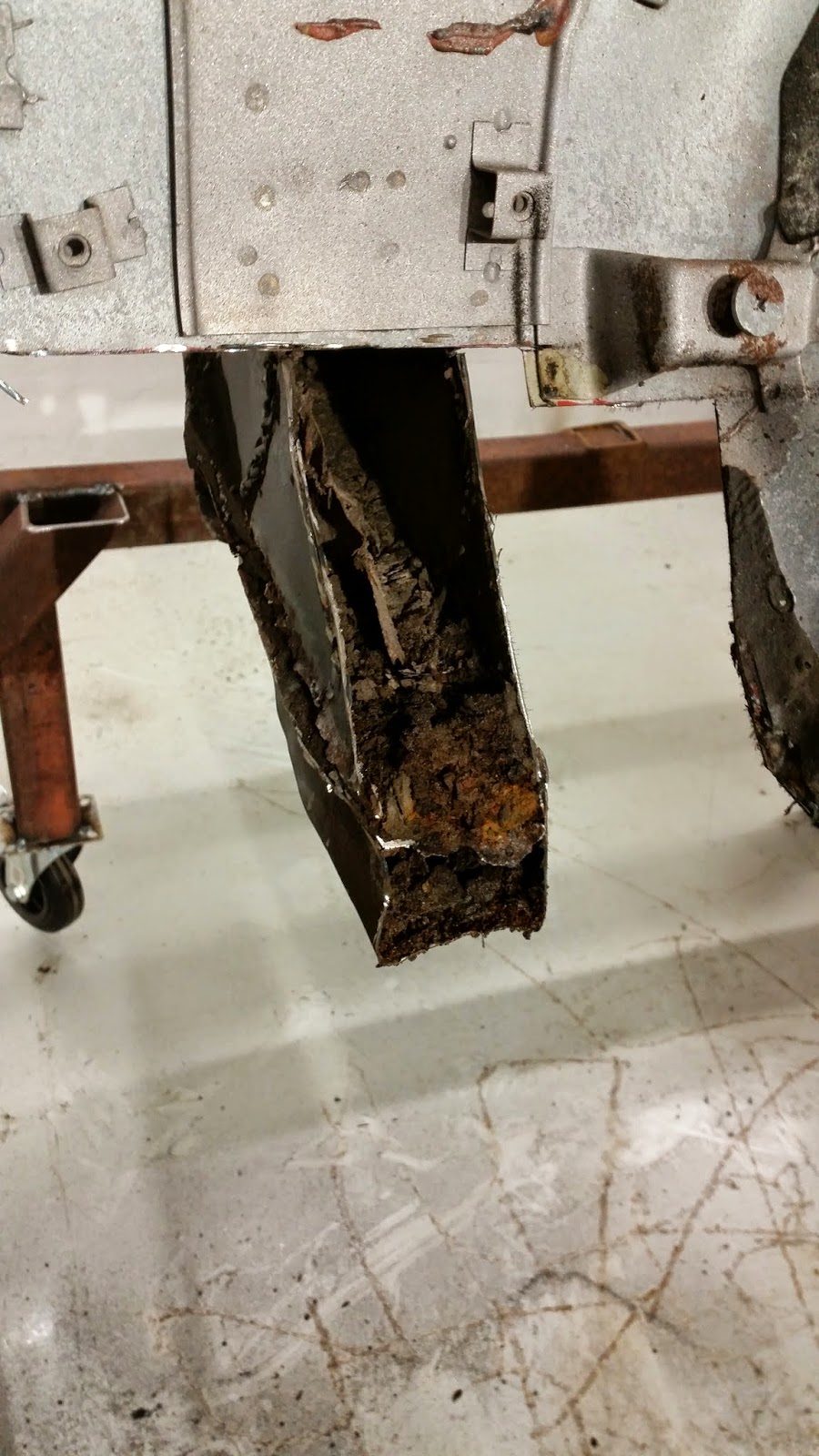 Here is a picture showing the inside of the frame rail. Full of rust and debris.
Got to say that it was the only good decision to remove the floors and frame rails. Without that decision, the rust would have been left inside the rails and the integrity of the car would have compromised along with the safety. 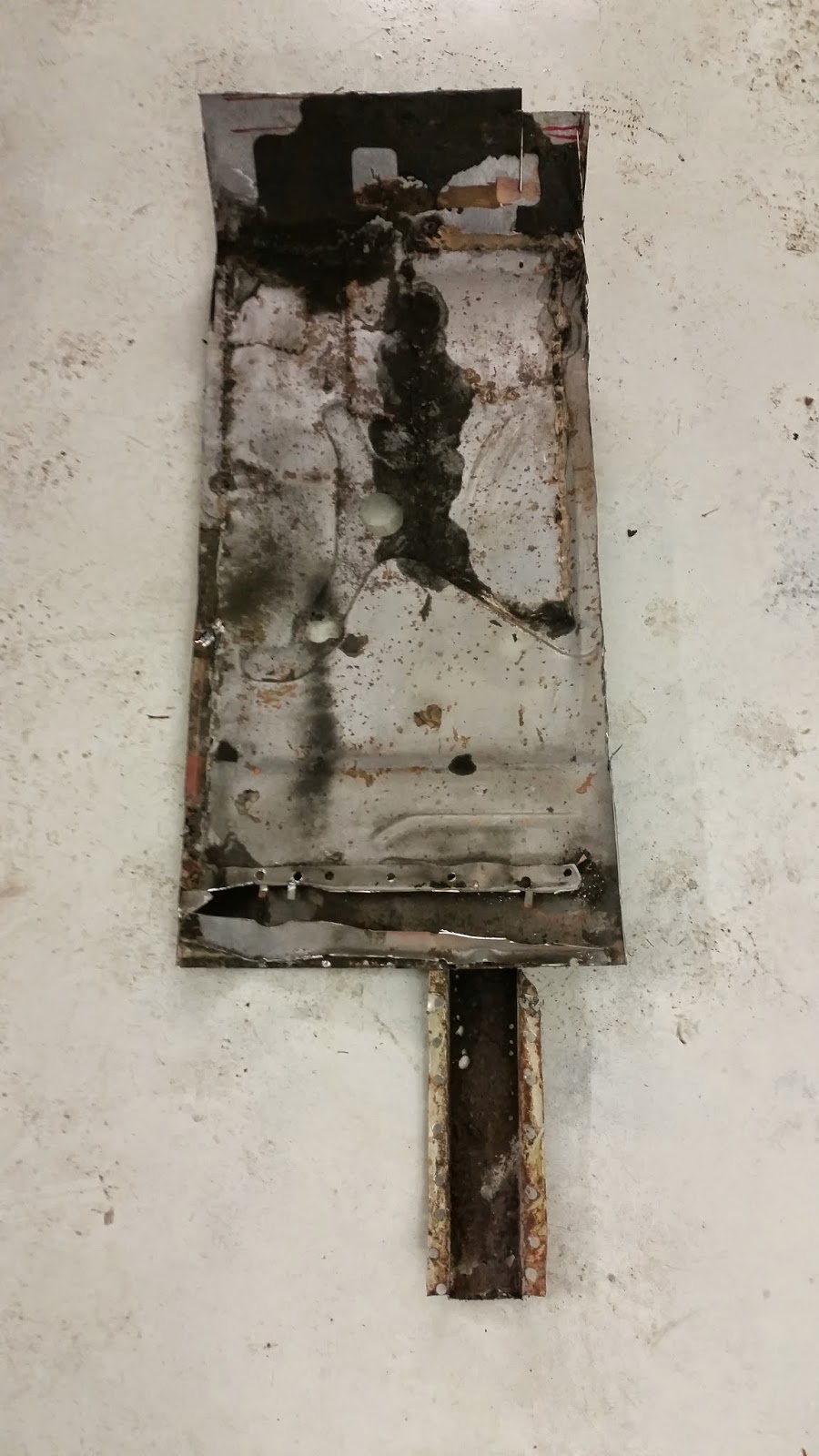 I took quite a chunk out of the floor, but at least the piece is rather "easy" to reproduce and make a new floor for the hole. Also I took out the frame rail and this is going to be made either from nicely sized box section or I'm going to have it made from sheet metal same time as the floor piece. I'm leaning towards box section at least for the time being, as it would be rather easy to weld additional stiffening to it and to further stiffen the car.
Better to run few simulations for the added weight and torsional stiffness of the box section compared to the OEM frame rail. 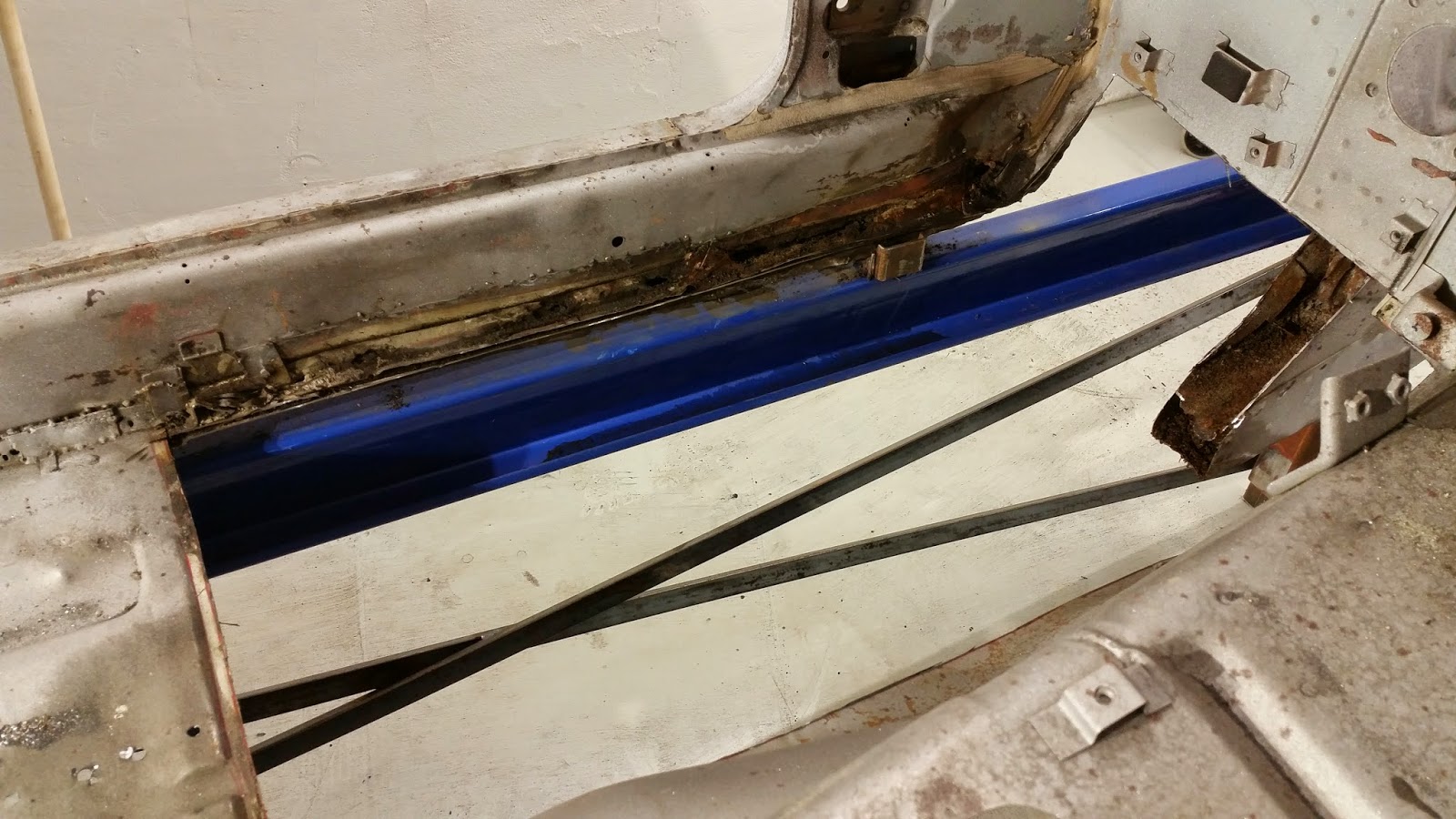 This is how I left the car last weekend.
One can see that rust damage extends to the rocker panel also, so I will have to cut sections off those too and make nice patch panels for them. These repairs will be done before welding the floor, because it would be insane and pointless to weld nice floors to such a poor foundation.


Few words about the Sled... Best piece of equipment so far!
When the car is on it, I can roll under it with a creeper and even sit under the car in the transmission tunnel with my back straight. A little better than jack stands!
Fortunately hard work paid off this time!


Hopefully next time I get to start the welding and making patch panels, but as plausible outcome is that the project screeches to a halt...
You never know!
Lähettänyt OPTaiva klo 00:09