During the Easter I toiled away with the drivers side frame rails.

Material used is 60x40x3 mm RHS profile and it should be more than adequate for this task... might be even a slight overkill!
I managed to spend two days building one lousy frame rail, but I hope that the next one will happen a bit faster.

At least now I have a sample frame rail, as now I just had to guess/measure what should be the correct angles and lengths.

Onwards to the pictures... First the Mark I and also what I had to cut away during this stage: 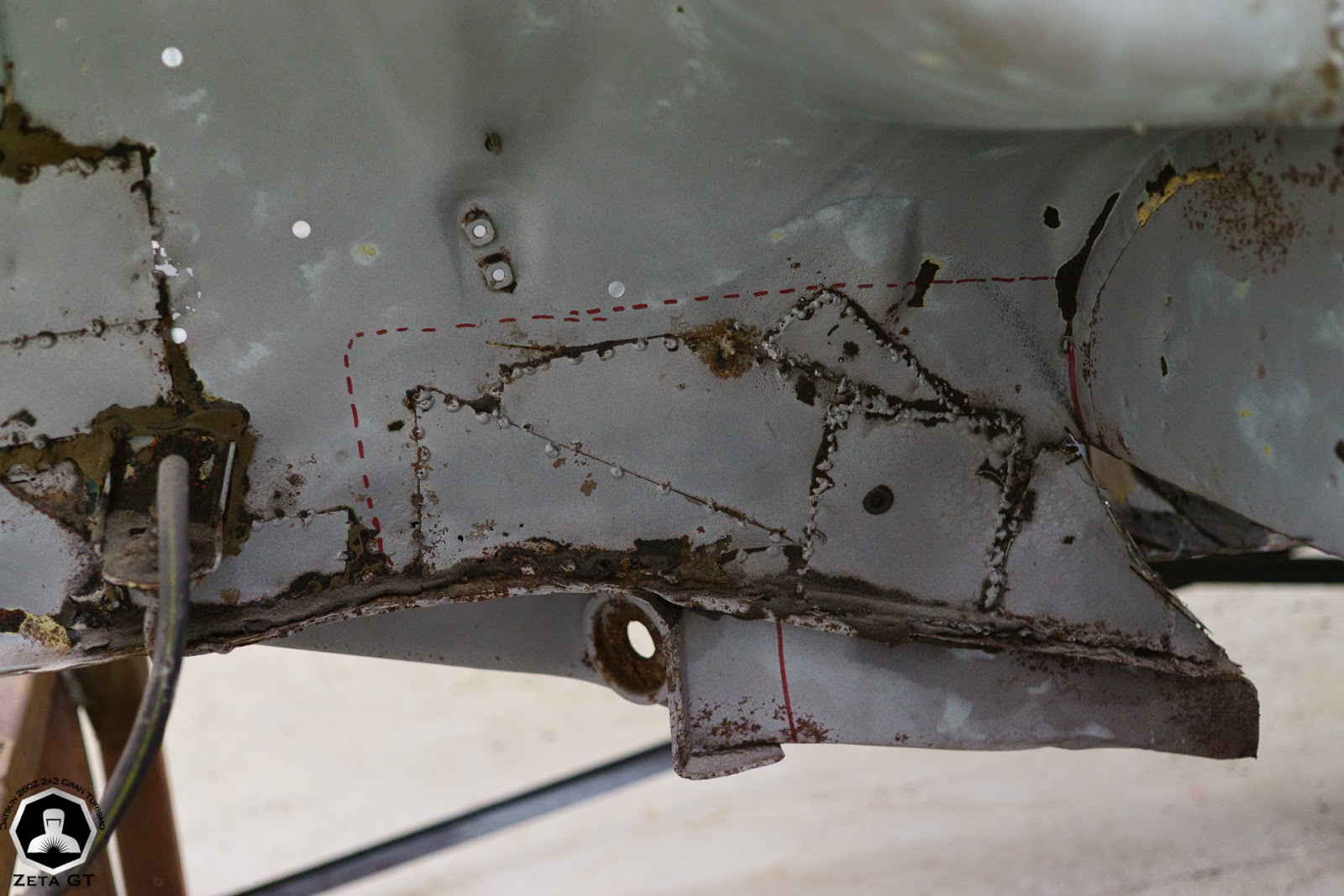 Area marked that needs to be cut away... Among other areas. 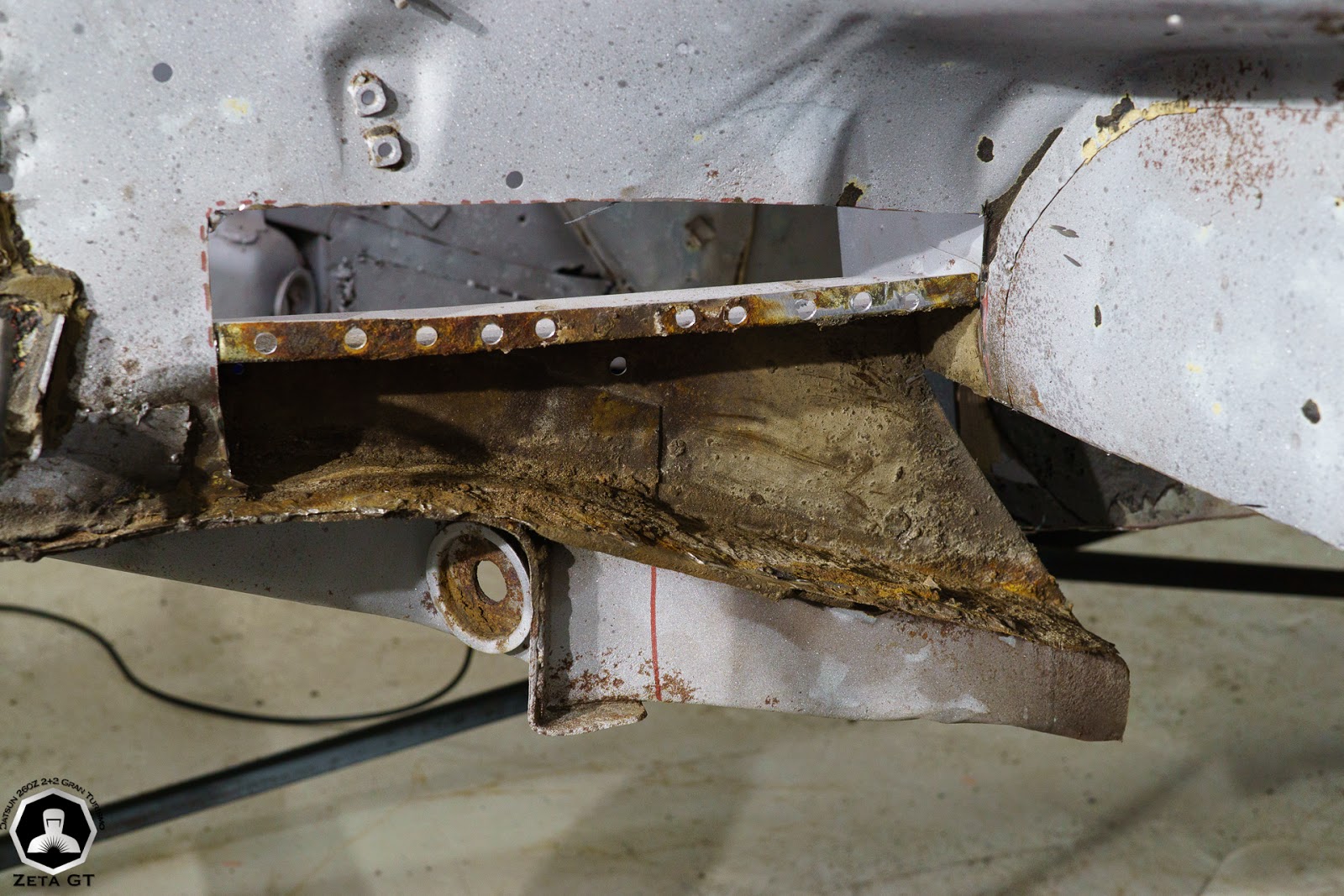 What the cut revealed inside the frame rail. 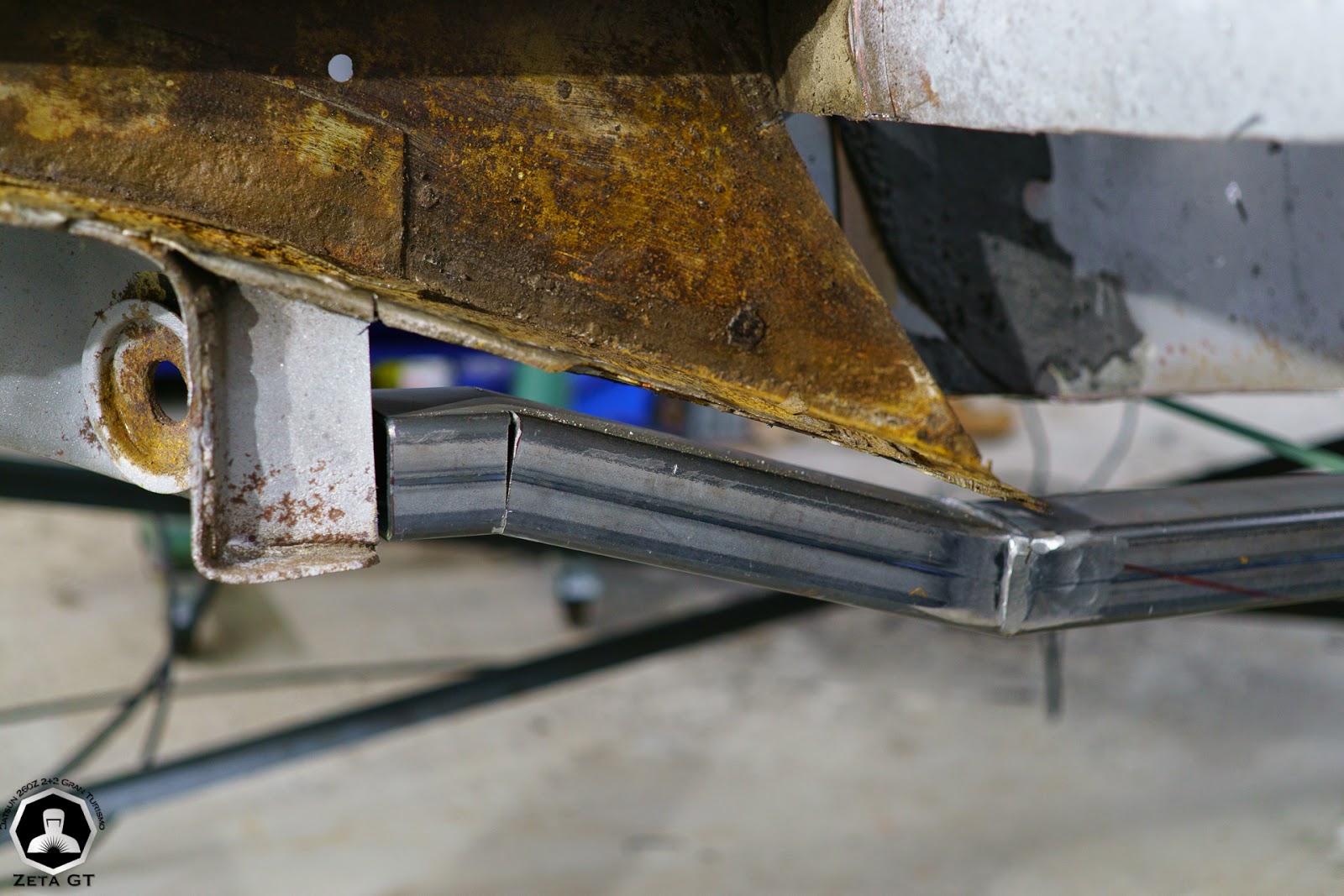 Mark I mocked up and welded to the "right" angle... I did a second angle to the rail as it drooped too low. This did not fix the problem. 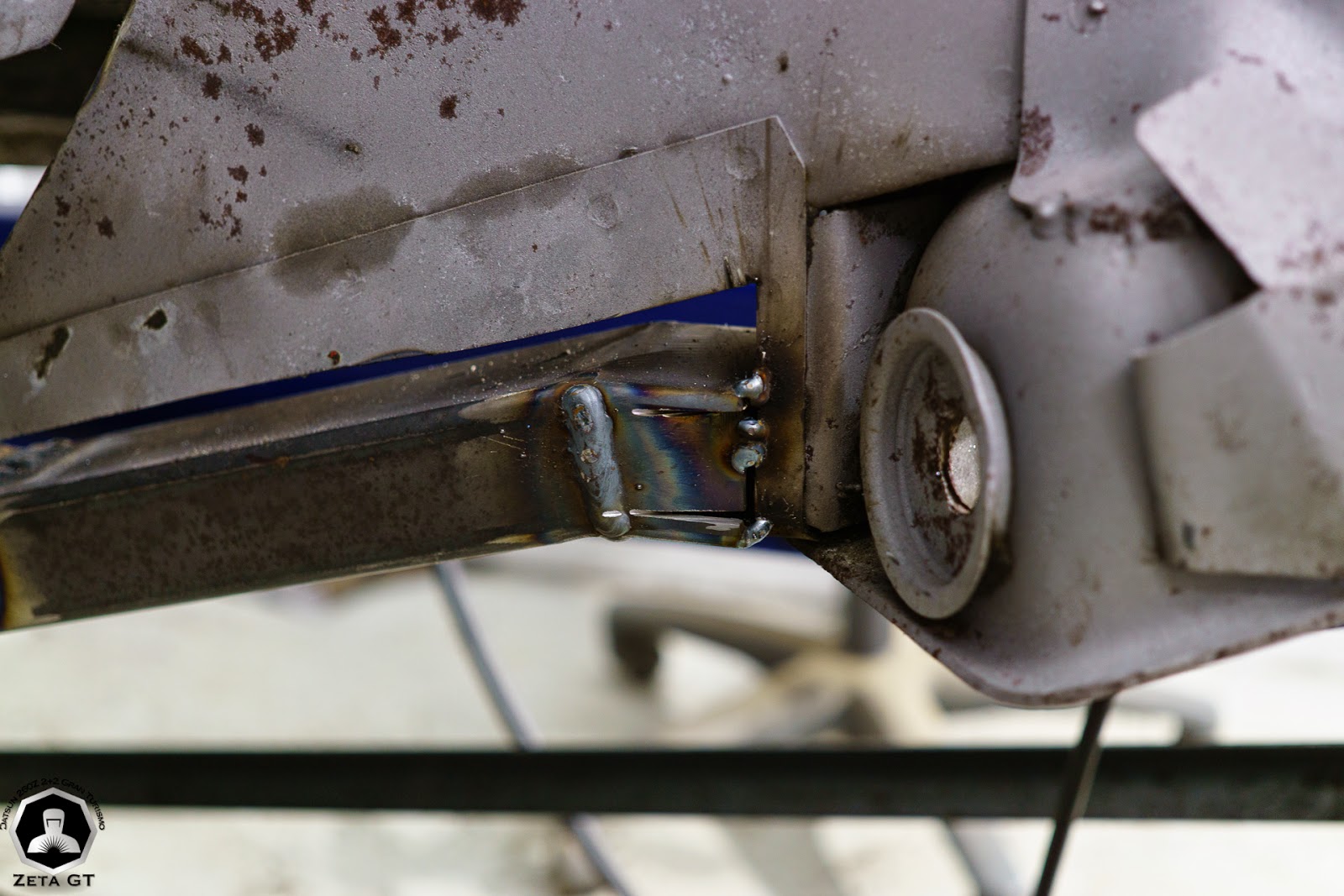 First mock up of the placement and reducing of the frame rail.
This looked like... well not good and as I said earlier the frame rail was about 30 mm too low. On the next day I cut away the rail and started again.

Pictures from the Mark II: 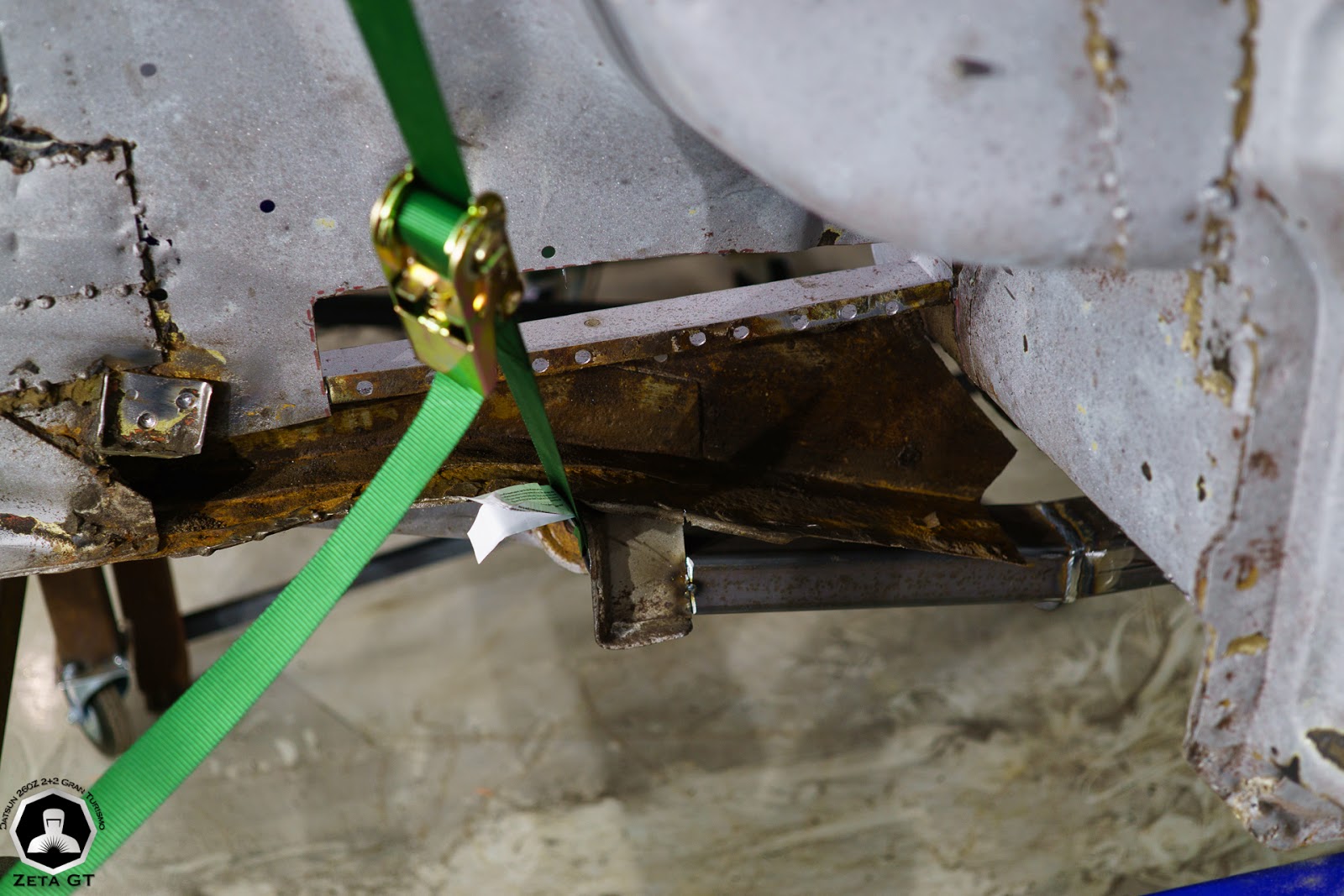 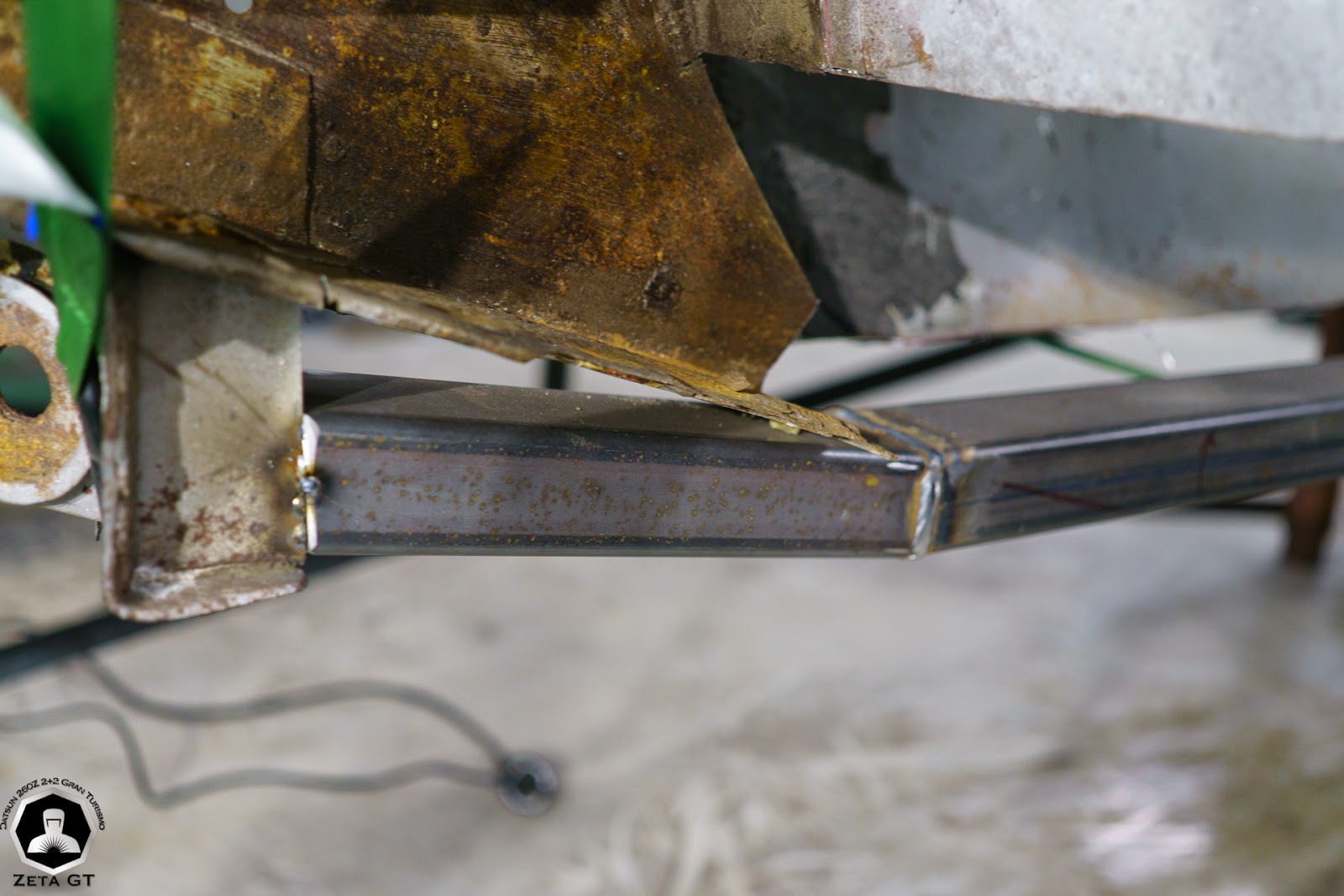 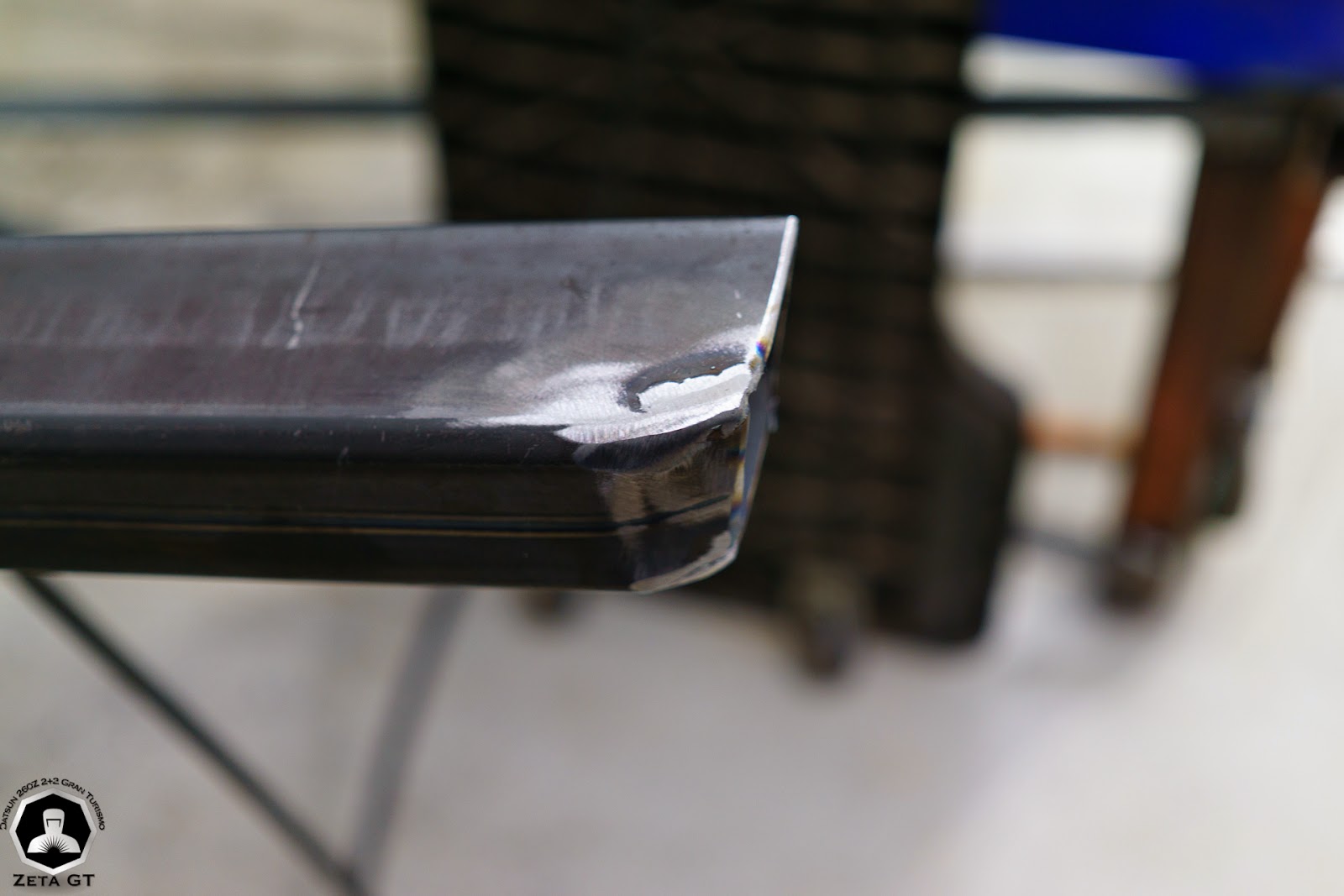 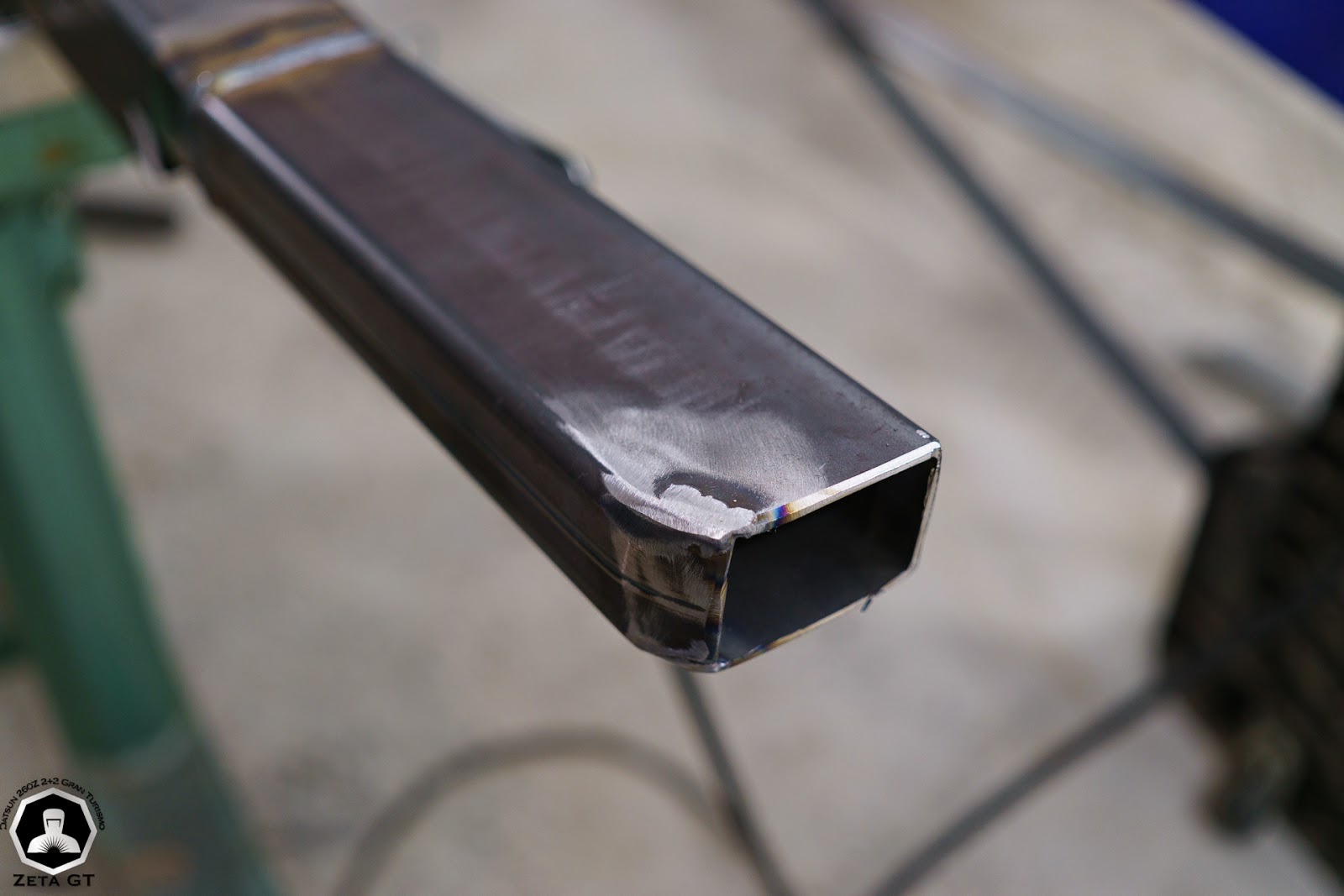 The reducement I made to the frame rail.
Now the rail sits inside the original frame rail and looks like the part! 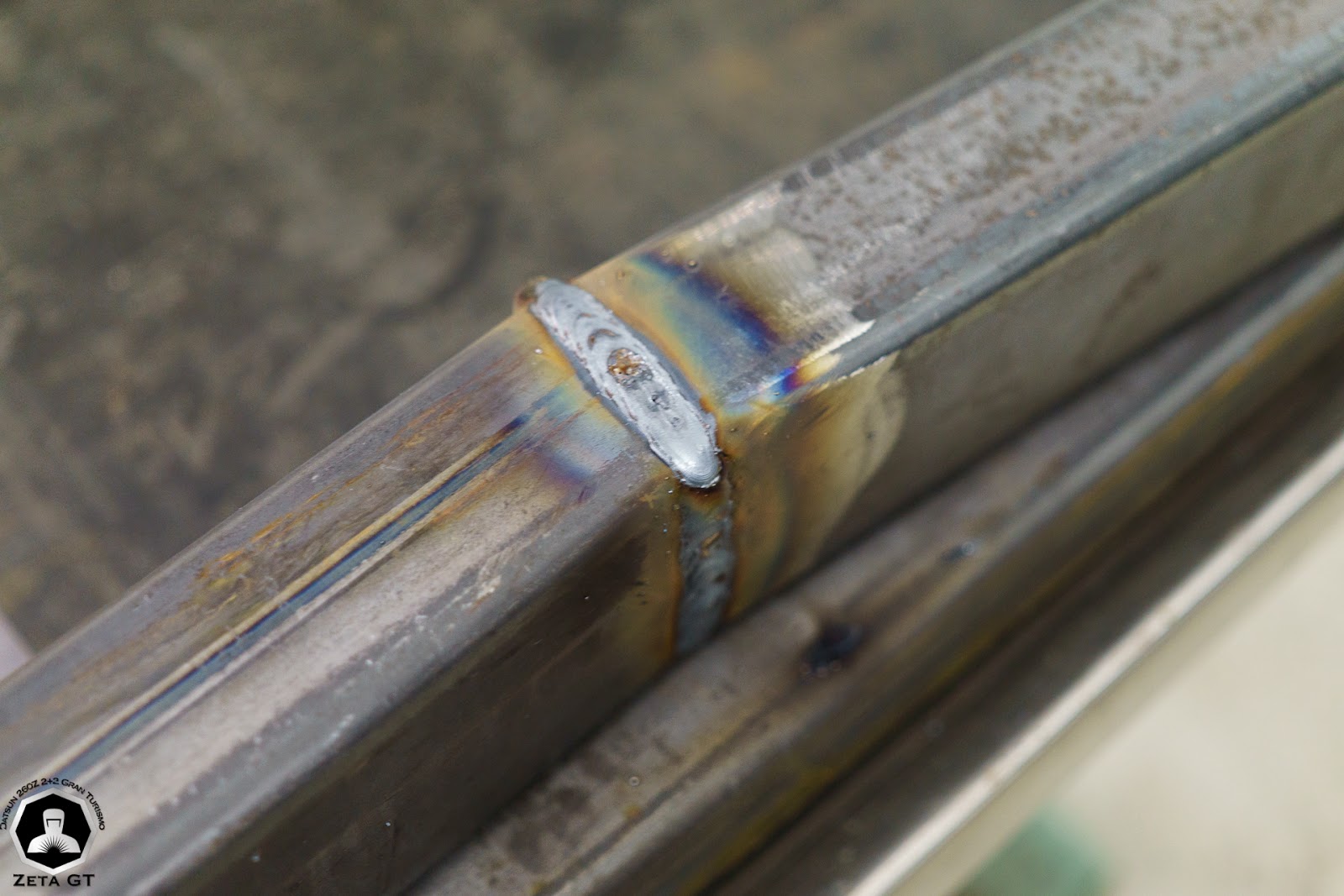 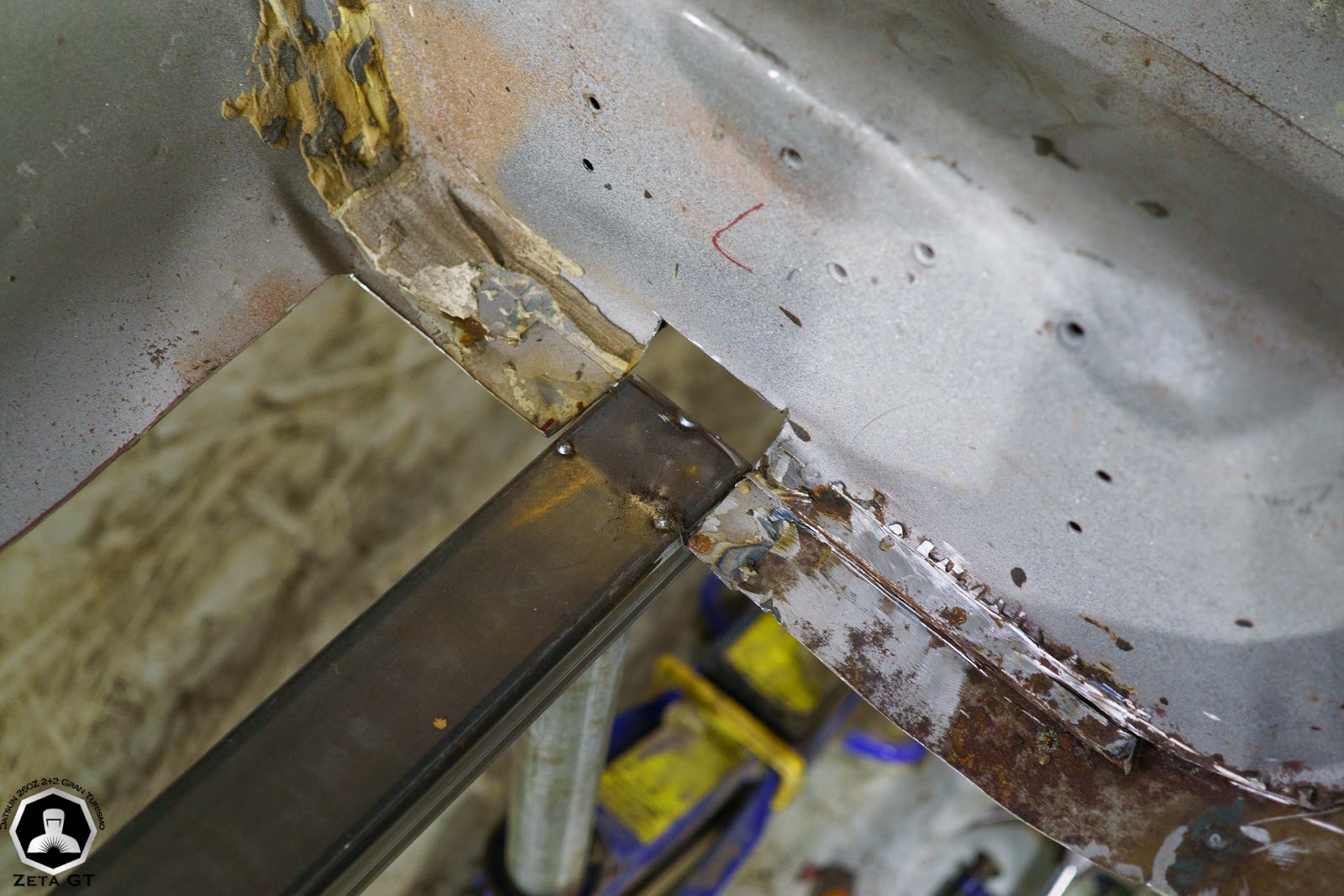 I had to make a cut to the rear seat frame to get the rail as high as needed. 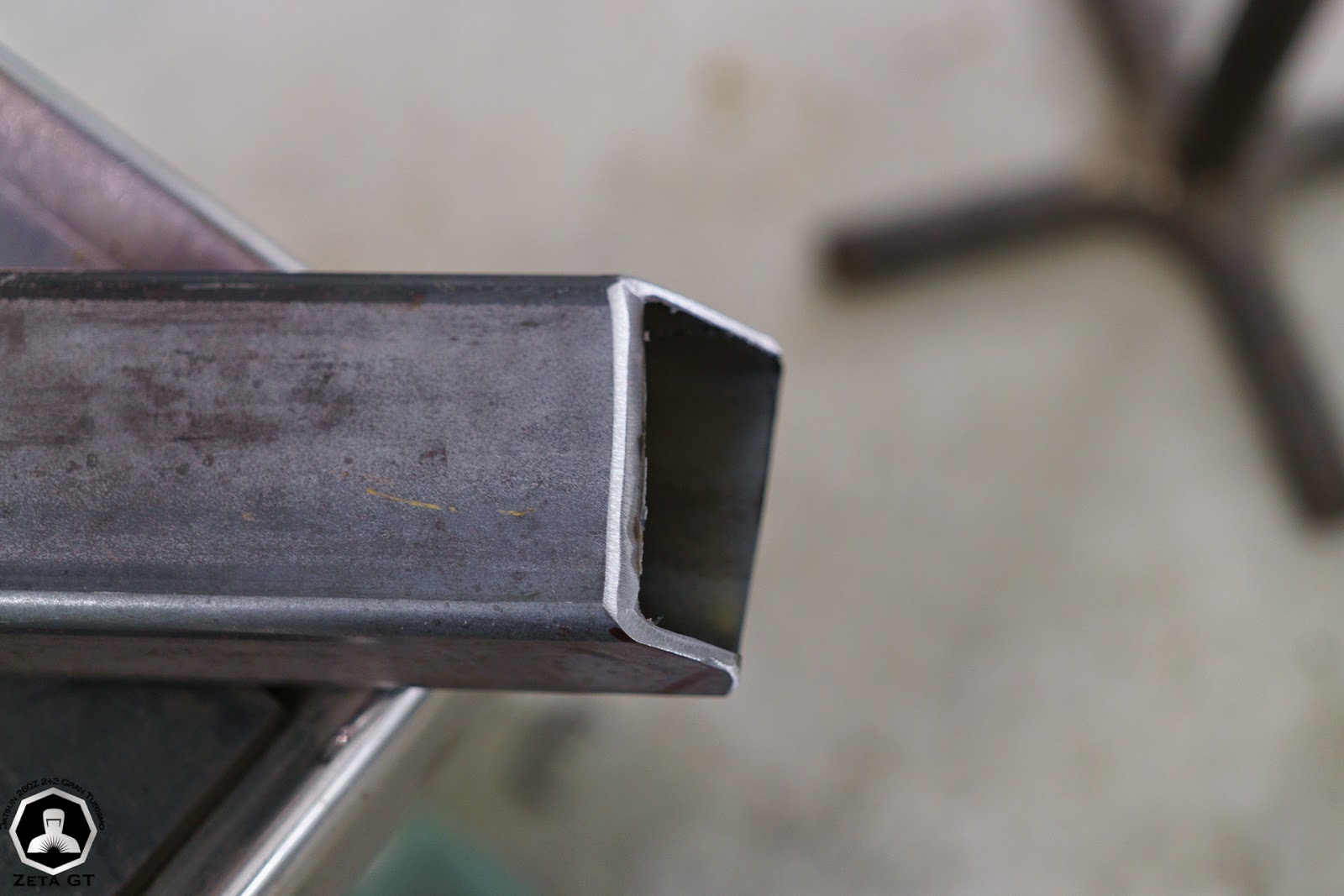 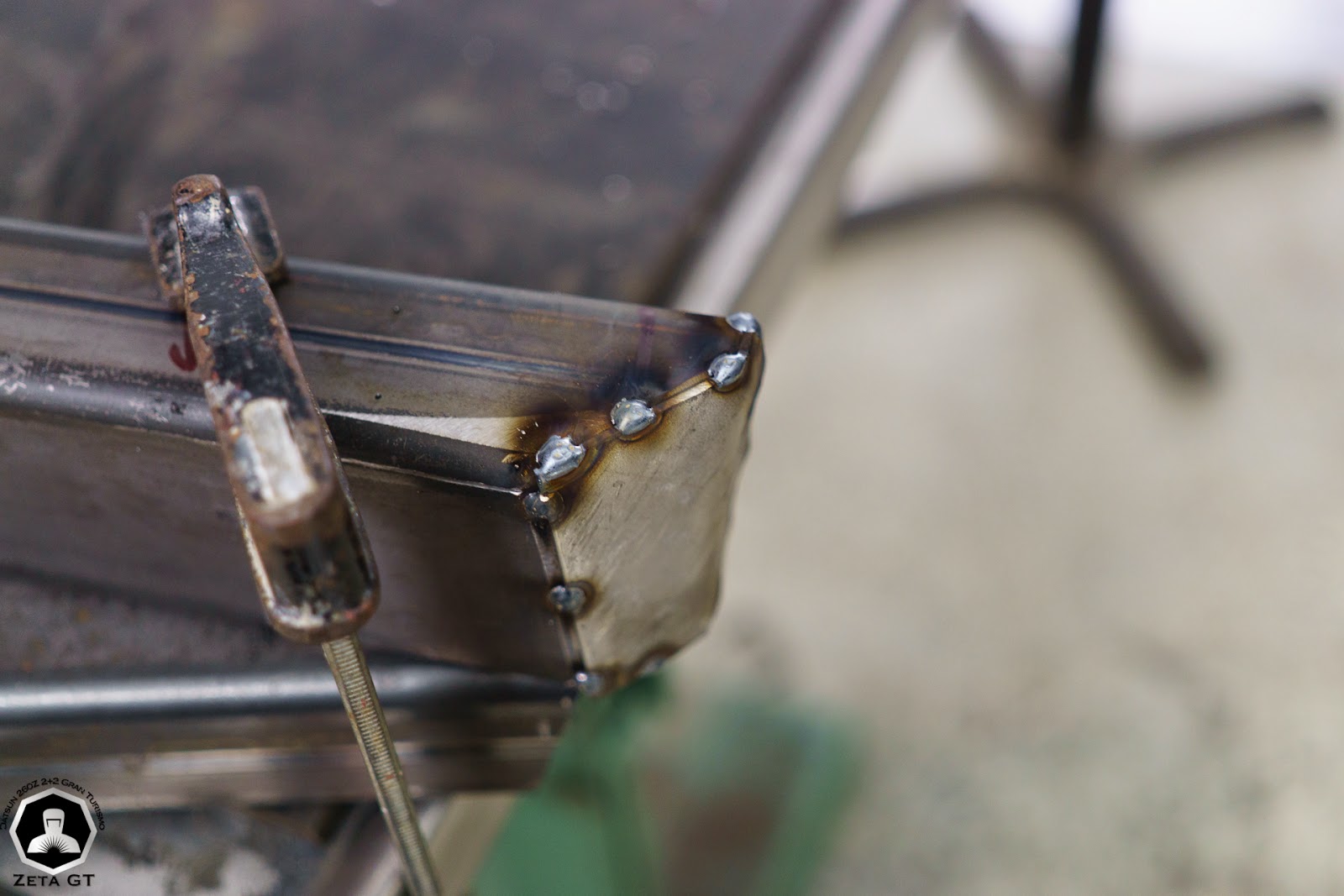 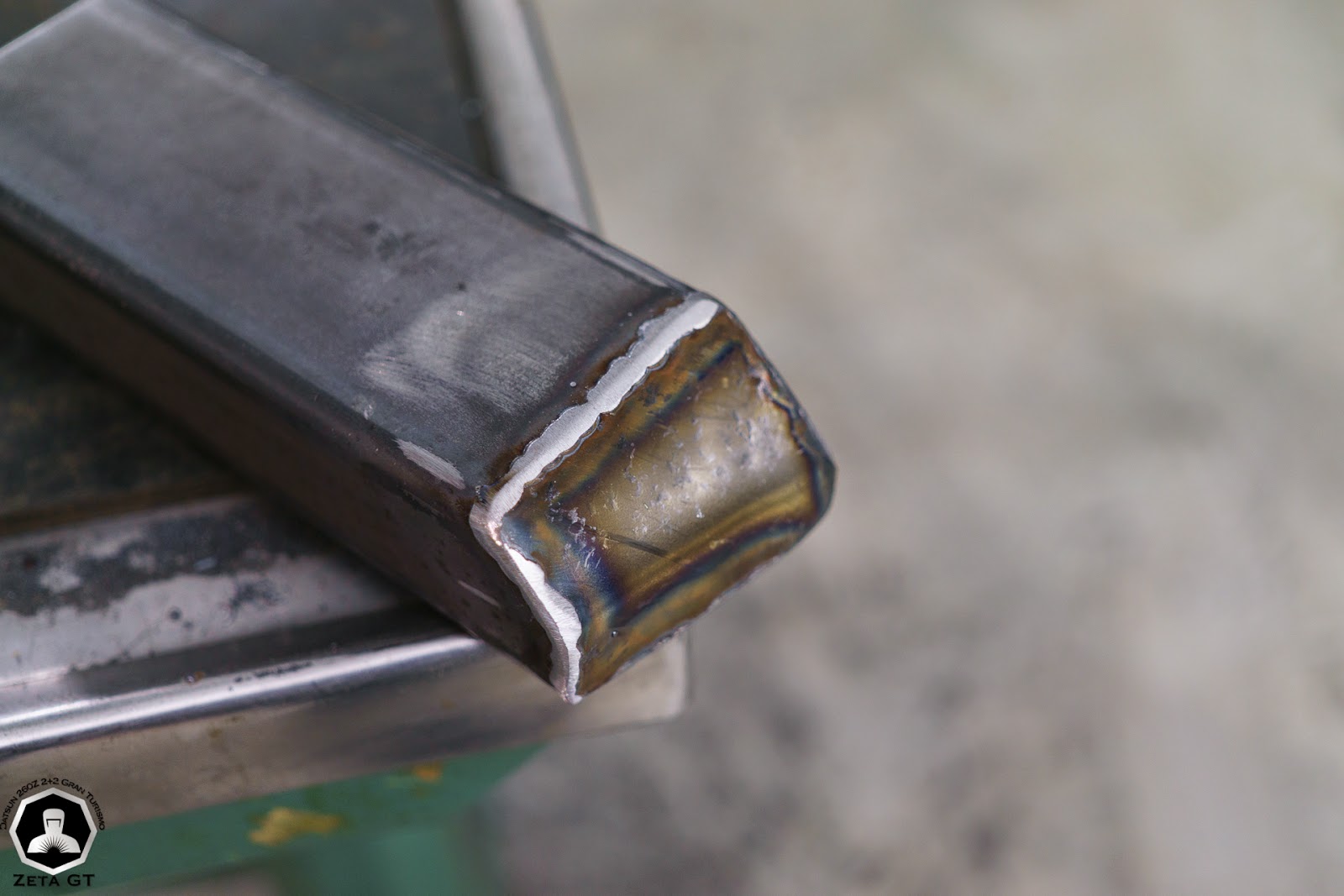 The rear pick-up piece that connects to the rear subframe and to the rest of the frame rail.
I plugged the end with a 1,5 mm sheet metal and one can see the numerous angles that was required of the rail to it sit nicely to the place it needed to go. 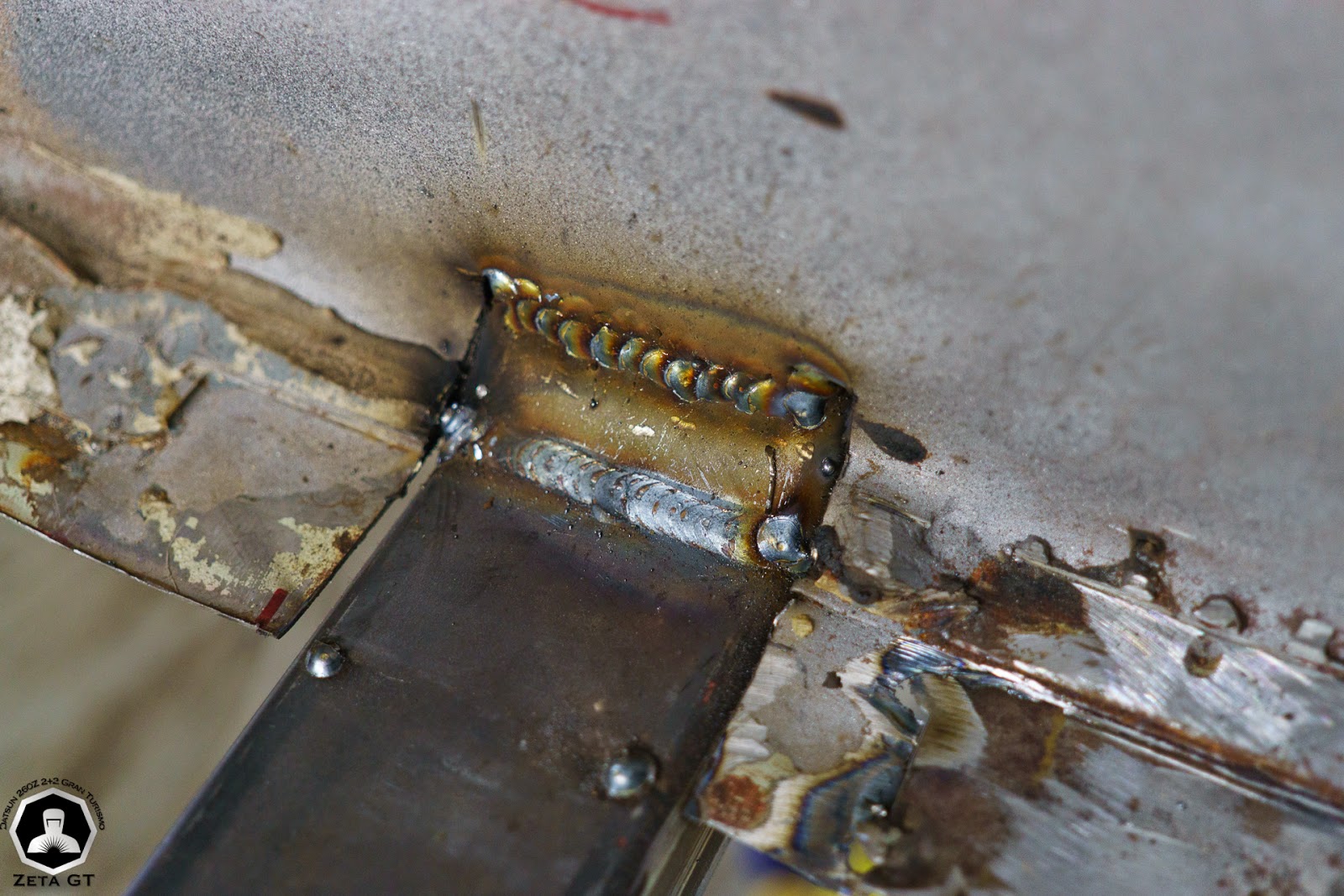 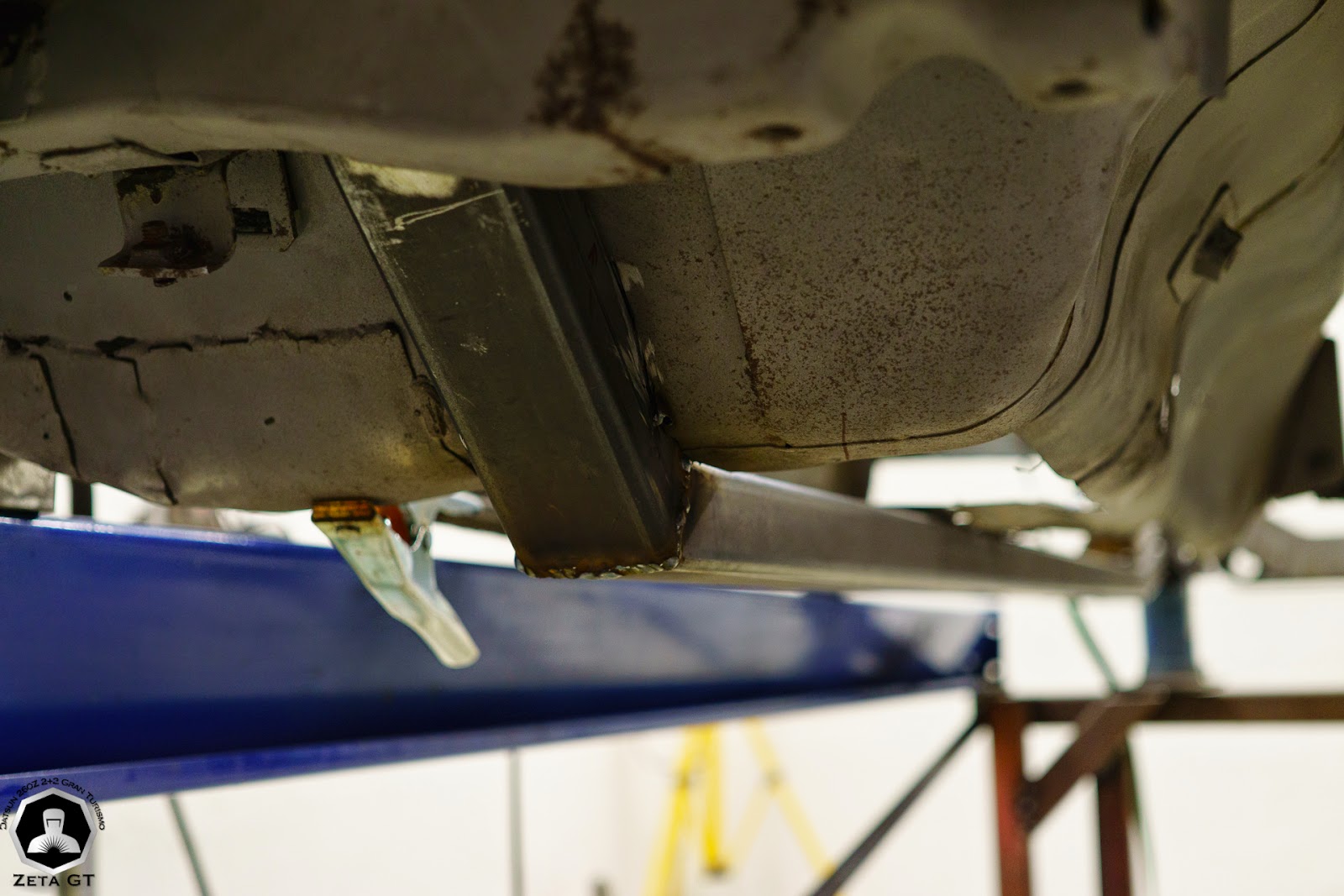 I welded the pick-up rail to the floor rail and to the rear seat frame.
Should stiffen the car up nicely, but the rear frame will still be welded to the cut out section and to the rear subframe. For my eye the quality of the welds seems to be okay, but there still is room to improve!
Also good (best) seam sealer needs to be used to prevent water and debris finding their way to the unwanted parts of the cut out (inside the rear seat). 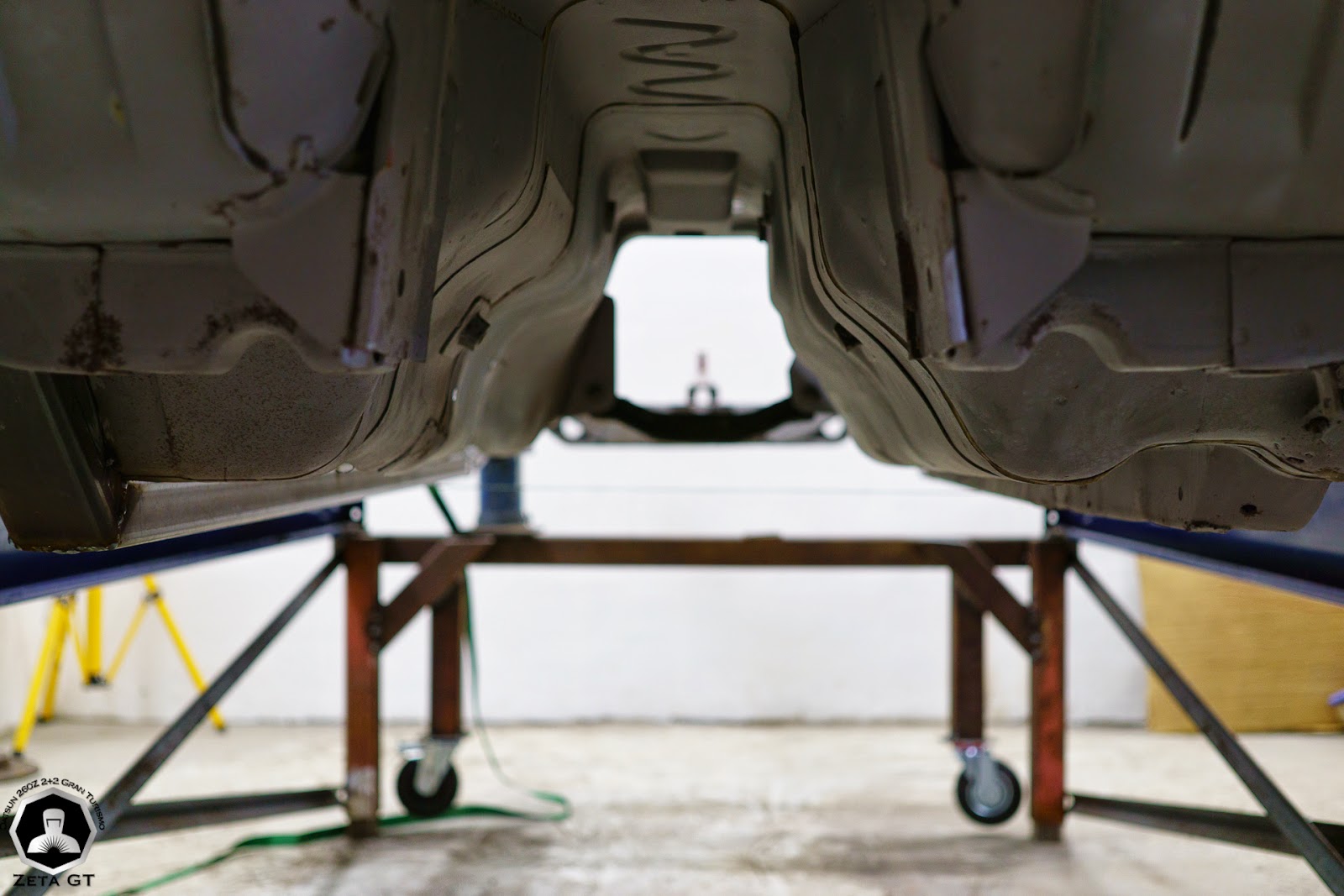 Shot where I tried to compare the heights of the new rail and the old one...
Old one might be about 10 mm higher but that should not be a problem!


As the fabrication part has been dealt with at this time, lets move on to the old suspension parts. 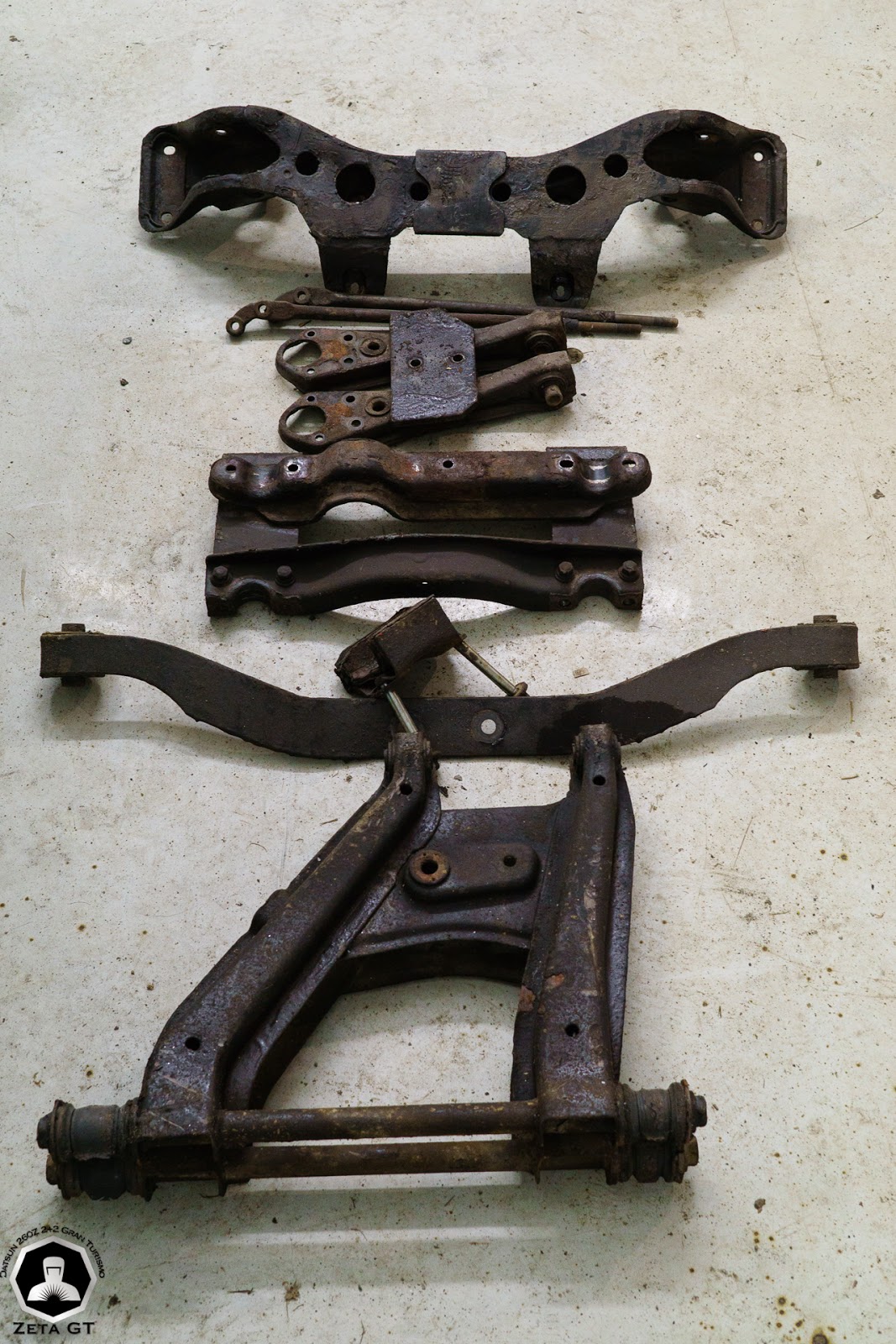 Before the weekend on Friday, they looked like this: 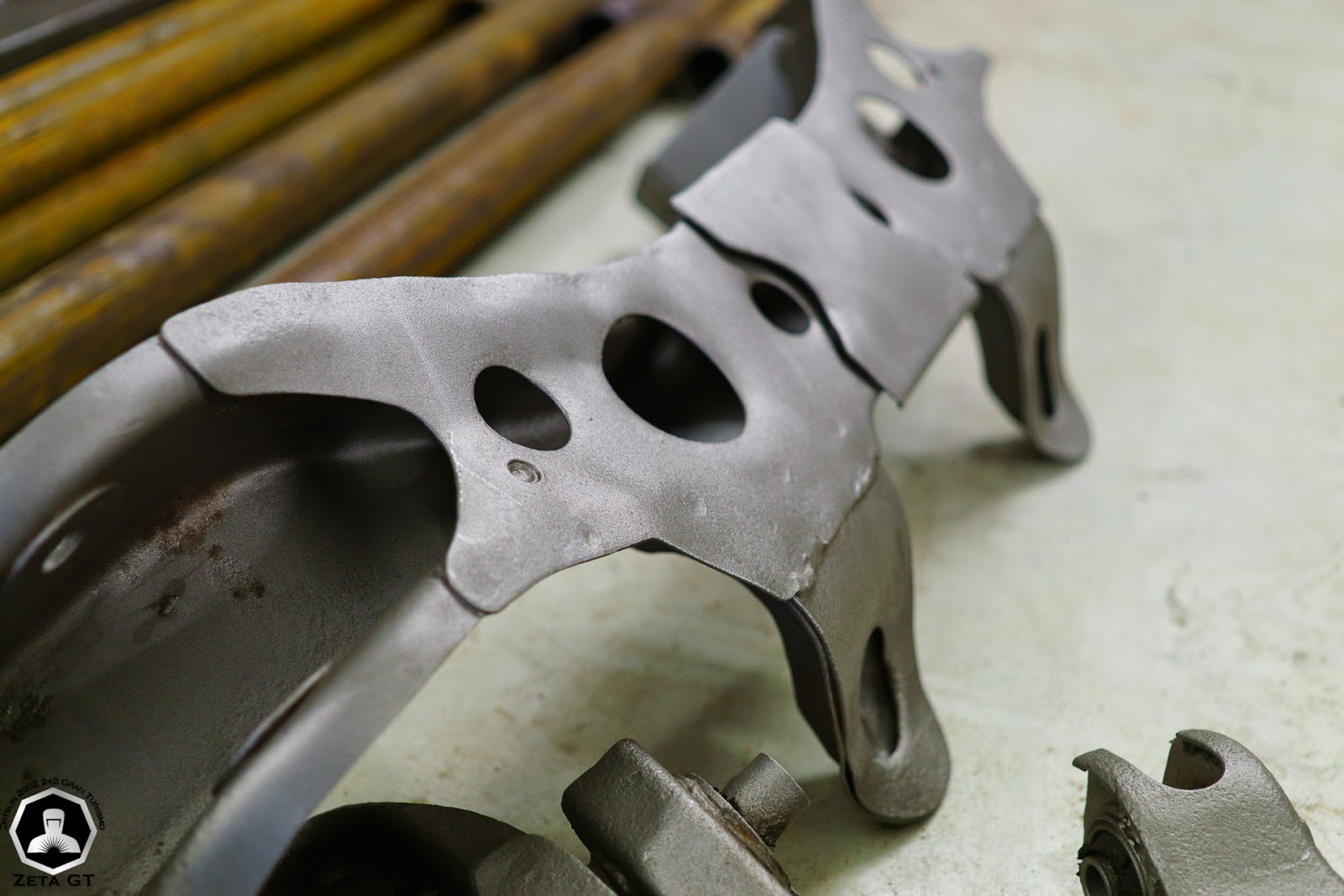 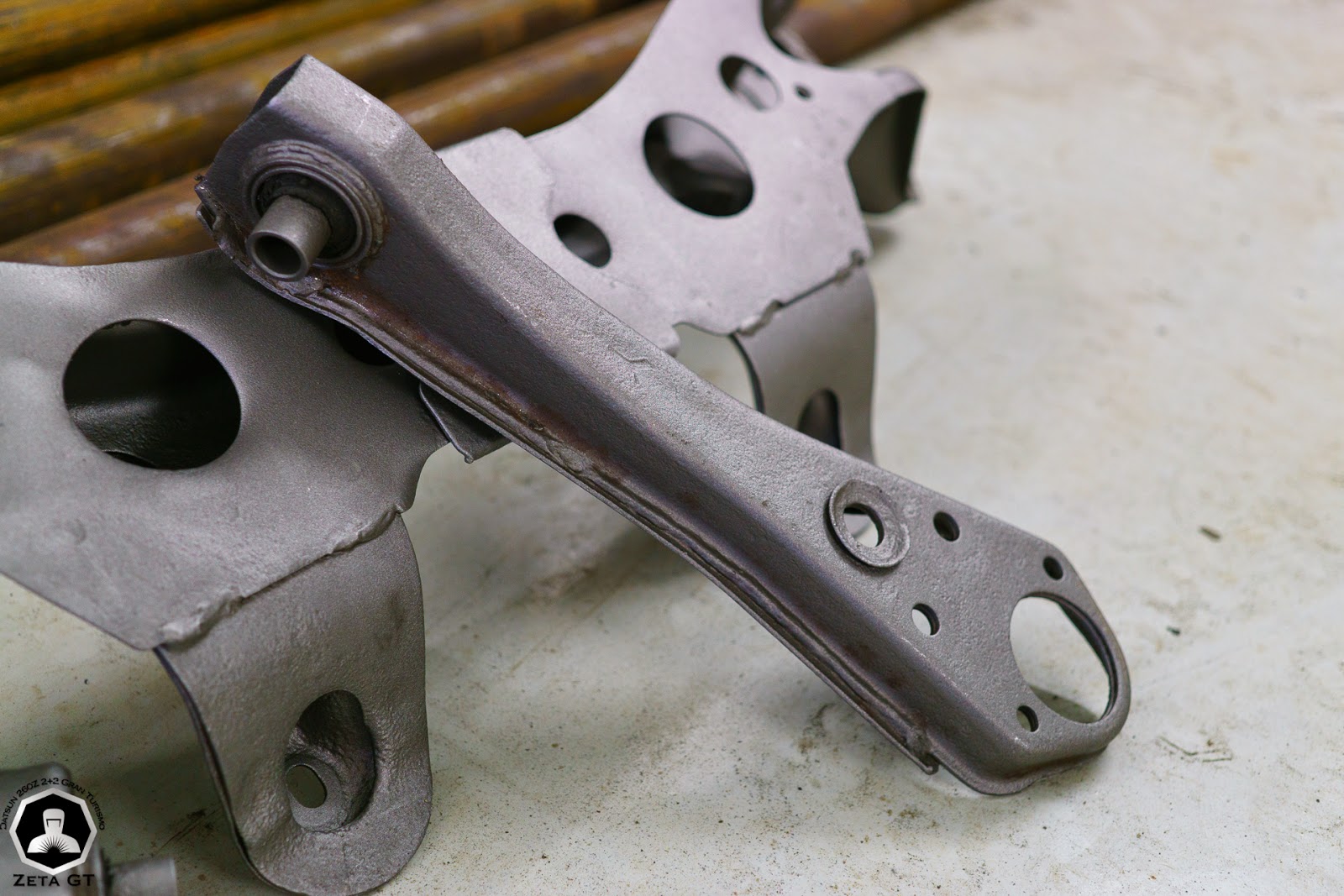 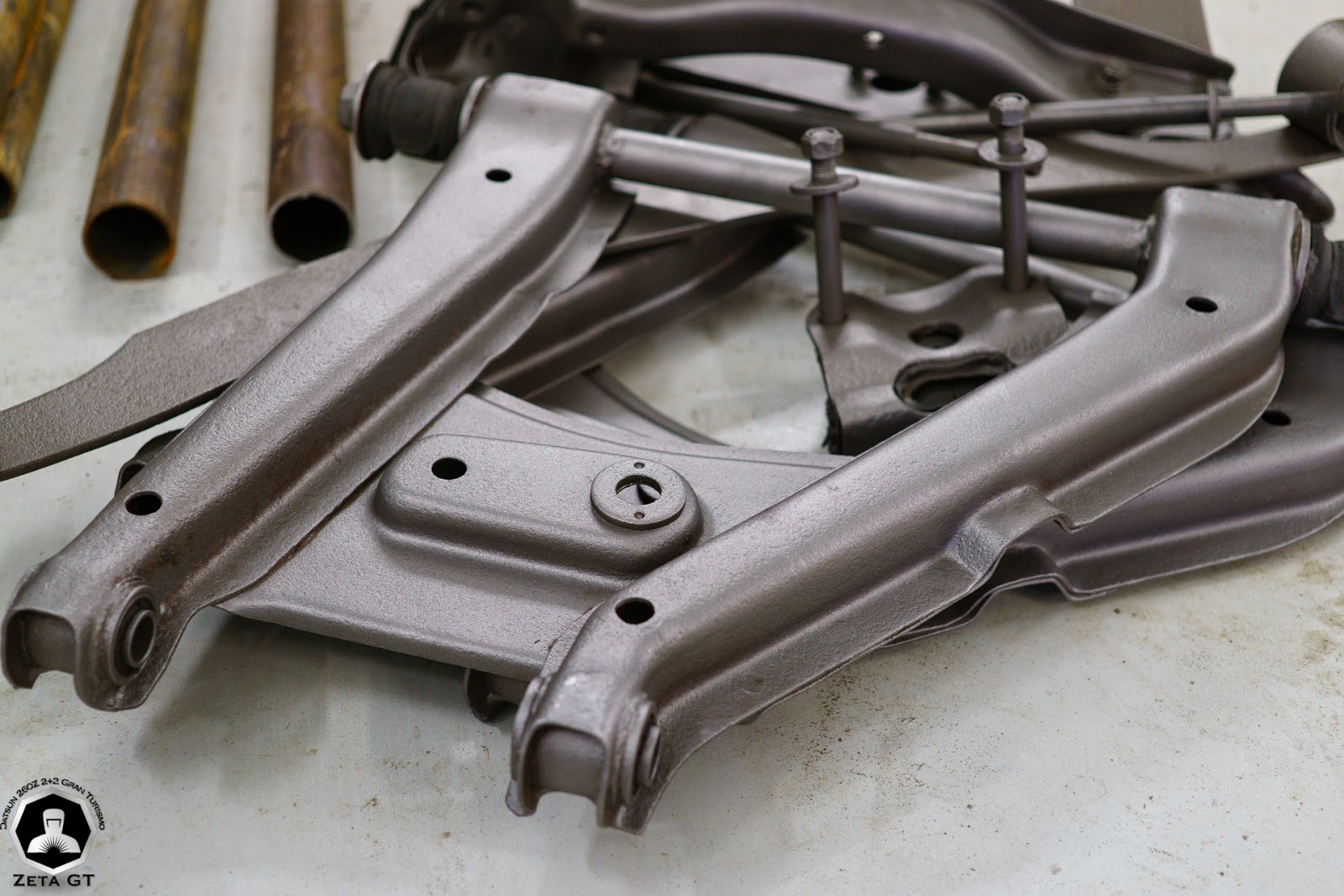 Quite the difference, eh?

My friend Timo shot blasted them with steel medium and they look like new! The rust proofing and other muck did not have a chance!
Now I just need to get the old bushings out and take them to be powder coated. Only real downside in them looking like new is that now I can't justify buying new and shiny and adjustable parts from Techno Toy Tuning... Well at least for now!

I might have to see if these original parts could be modified somehow to be more adjustable.


To wrap this update up, we went to the American Car Show in Finland to see Tonis' -74 car. Thank you Toni for a detailed tour and good luck with your goals on the races and with the new engine! 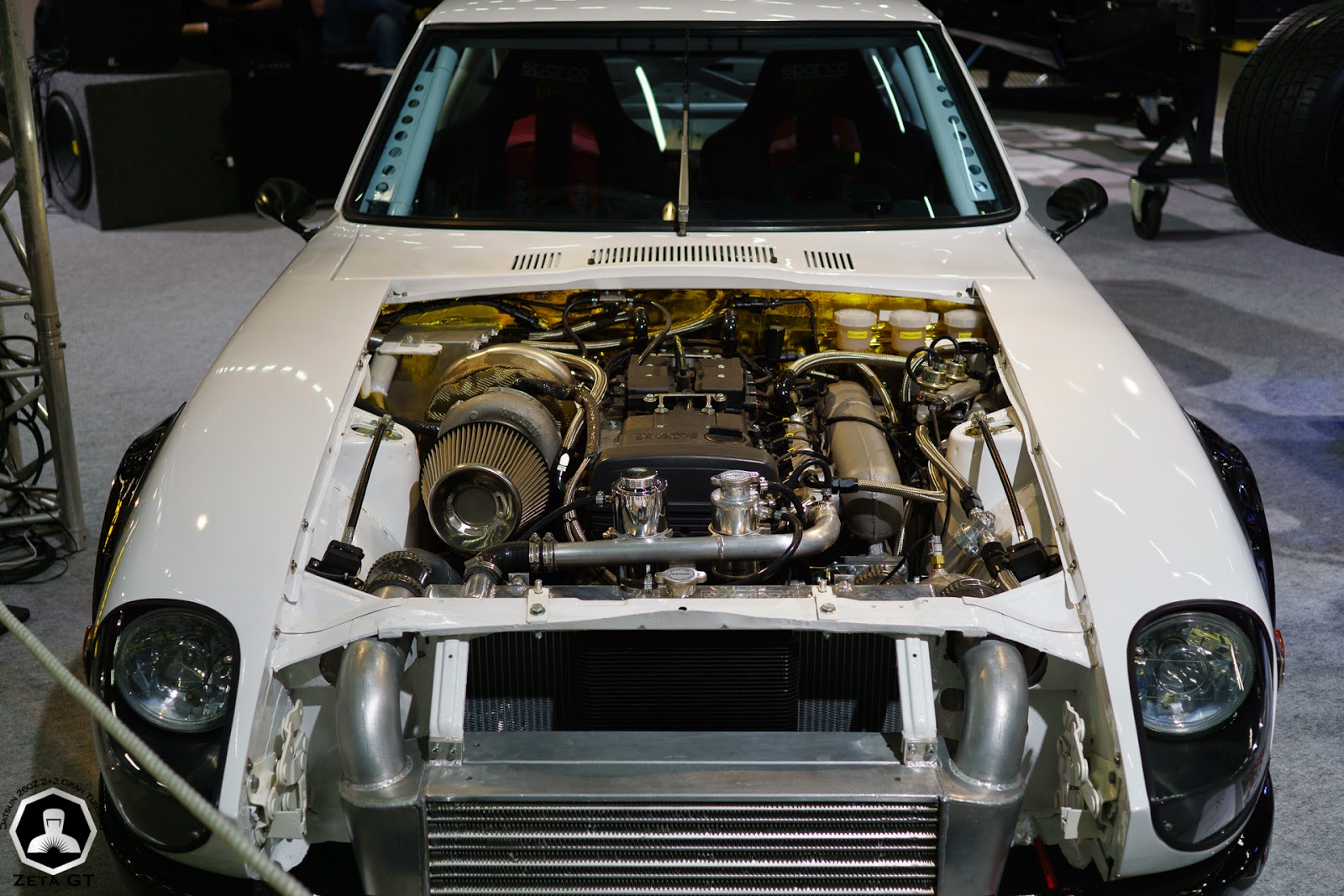 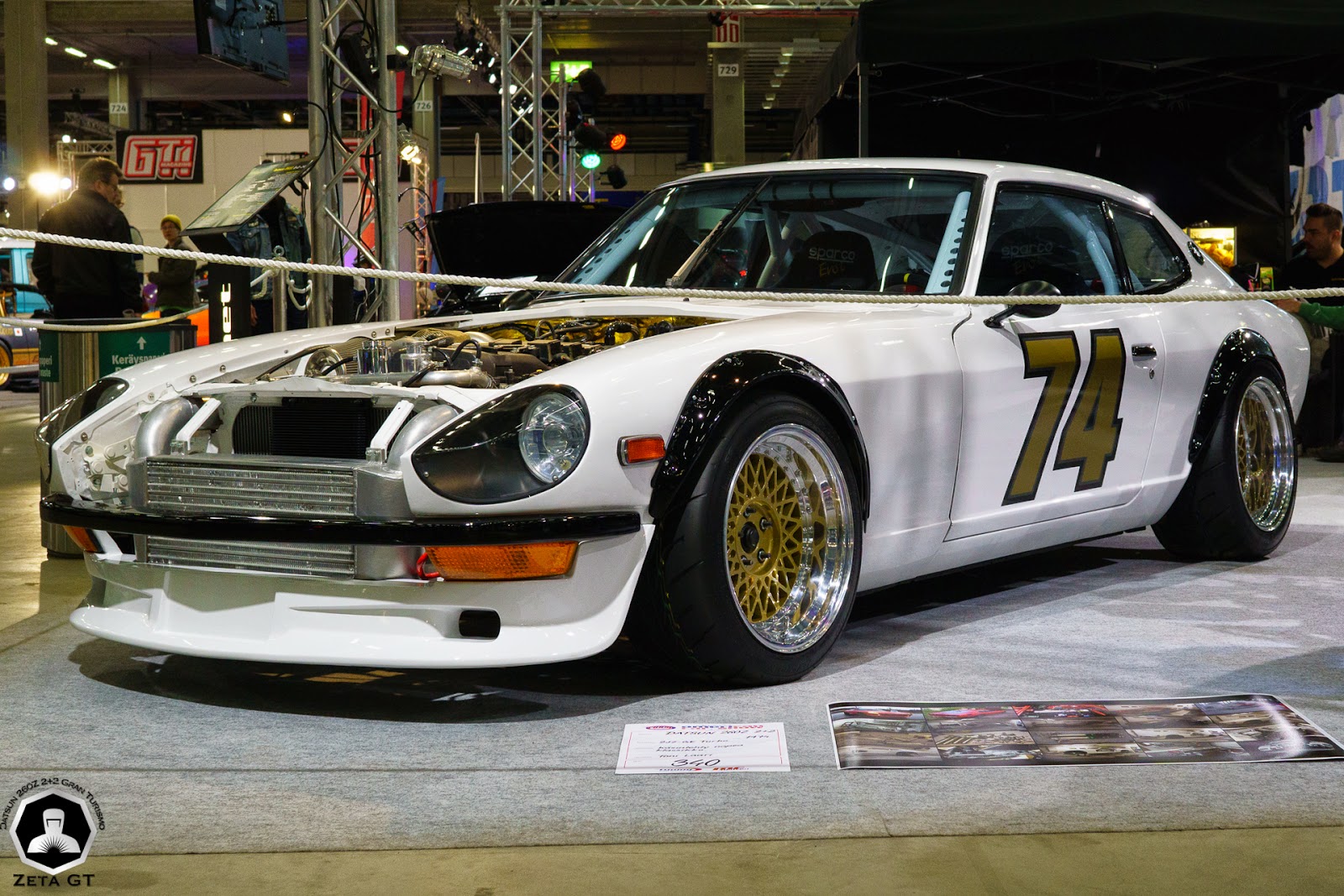 PS. First project photos with the new lens (Sigma SE 30 mm, can recommend) and camera (Sony Alpha 6000, can recommend).
Seems to me that I need to shoot with smaller aperture or at least to be more careful with the focusing, because now the photos are too "shallow" in some places.