It has been a bit quiet on the "Eastern front", but now there has finally been some progress with the project.

During the last two weekends I have cut the car even more, but I have even made some new panels to compensate!

Without further ado, lets get the show going... 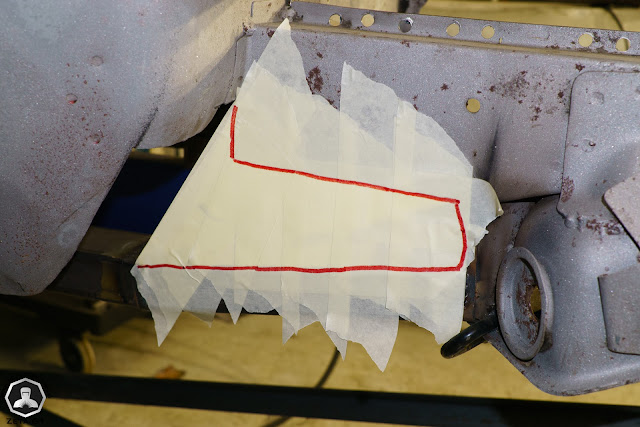 The form of the first patch panel taped and outlined with a marker.

I have noticed that this taping method is rather fast and efficient. You can tape over the needed area, outline the needed form and then transfer the "schematic" to the sheet metal.
Could be even faster method than CAD (Cardboard Aided Design)... 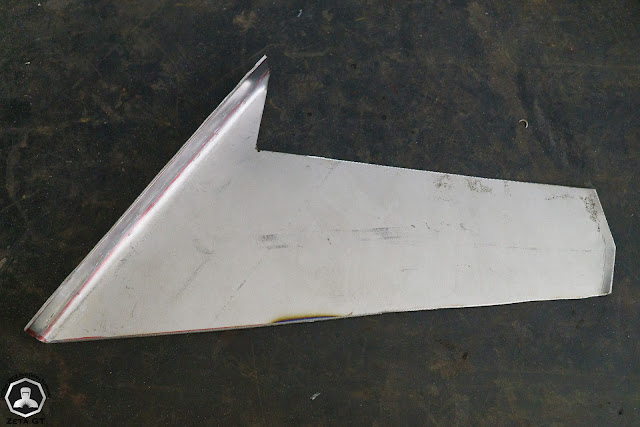 The first patch panel cut and bended. It came out reasonably nice, but the bend is a bit... well it leaves something to be desired! 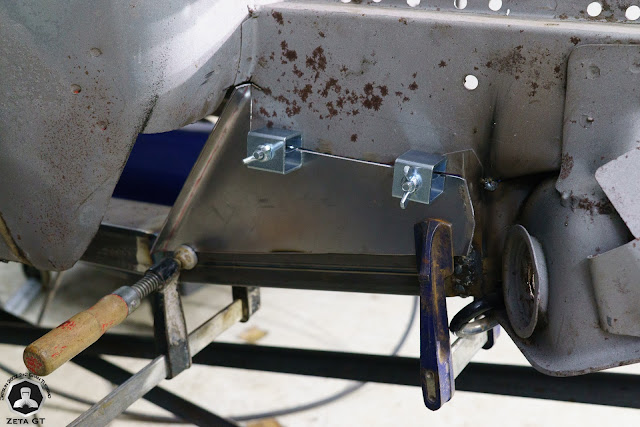 I clamped the panel tightly and got cracking! 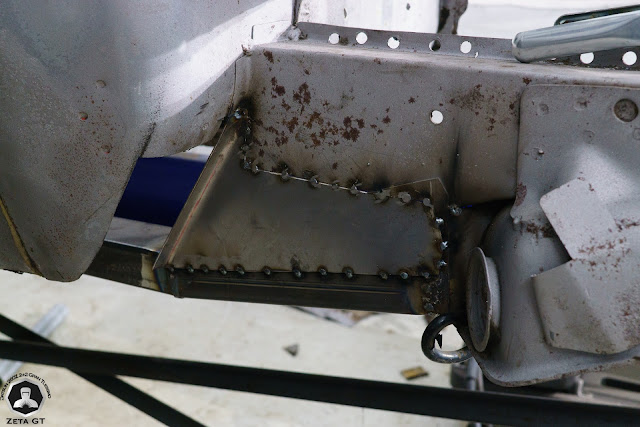 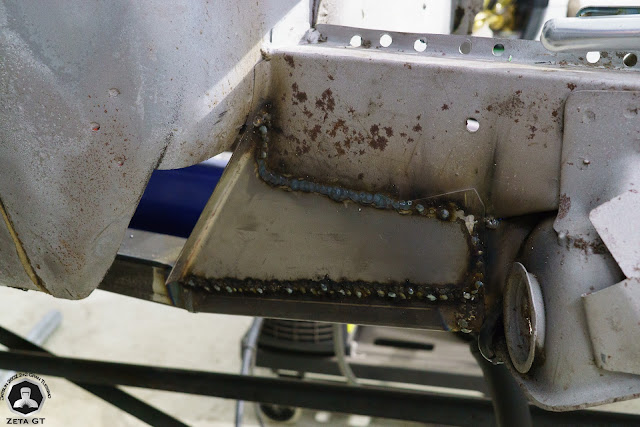 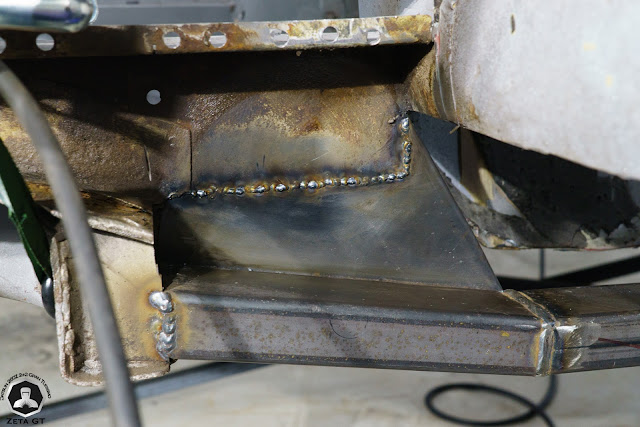 The panel was first tacked up and with each tack I planished the weld and ground it flat. This was continued as long as there was light shining trough the seam.
After this, I just welded from the other side also... just to make sure as this is somewhat a load bearing part! 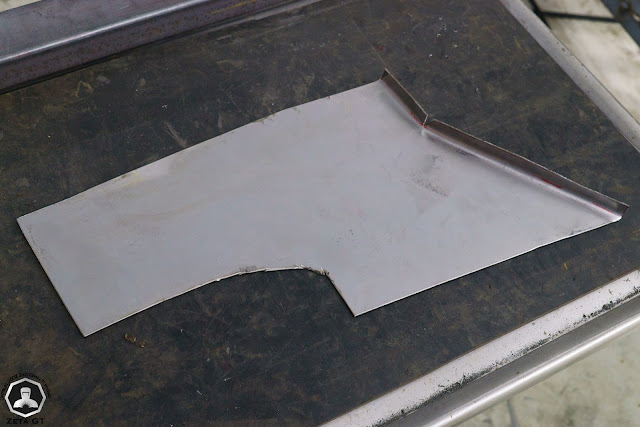 Panel for the outboard side.
A bit more complex shape but still rather easy with the tape method. 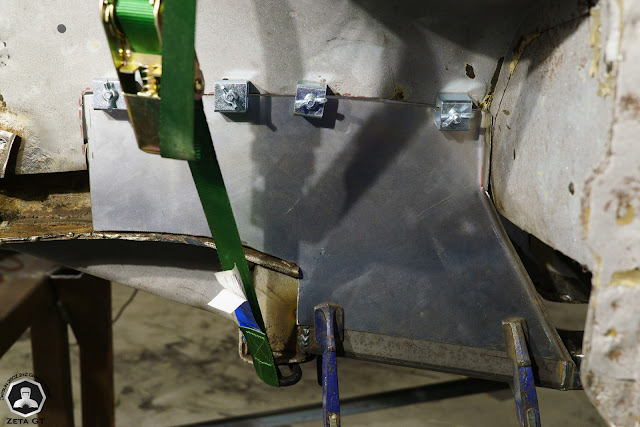 The strap is there to pull the assembly to its correct place.
Still need to use it when welding the floors to the now formed flanges as the assembly is "leaning" a bit towards the transmission tunnel.
No biggies, just need to ratchet it couple centimetres... easy in theory! 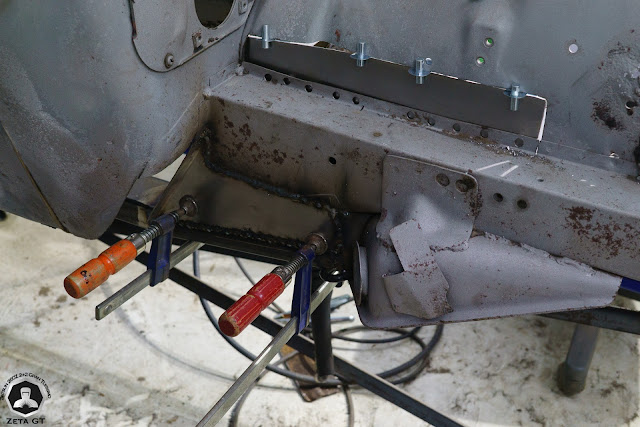 The next panel all clamped up and ready to go! 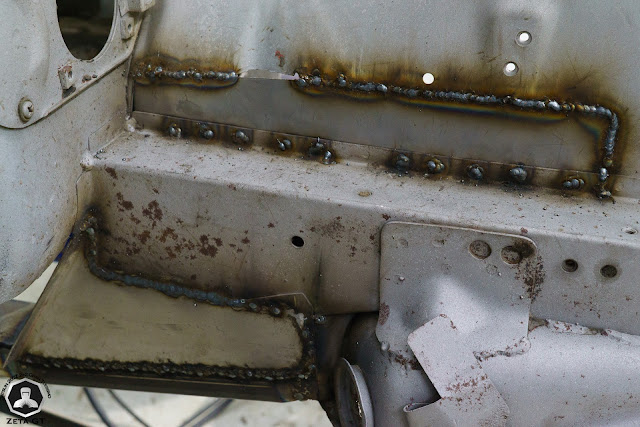 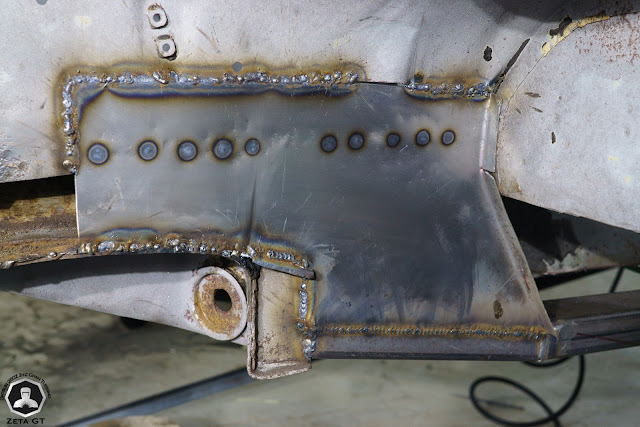 "Final" weld seams... The quotation marks are there, because the welds are not ground and therefore rather ugly.
I will grind the welds and prep them as nicely as I can. Better not leave them as such when all other sides of the project are made as best as possible!


So this kind of update this time.
Some advances have been made and I found out, that I truly can weld this sheet metal work!
A load has been lifted off my shoulders, as I was a bit worried that is the car salvageable.