New motor has arrived and dismantling has started.

Slight change in venue, but at least the garage is warm in winter and also really close to our home. No need to drive 1.5 hours to the garage to tinker with the motor.

Motor in question is a Volvo B6284T that came from a Volvo S80 MY. 2003. The car was driven only 115k kilometres (according to the seller) so here is to hoping that everything is in order and checks out!

I'm not going to ramble very much this time and I will just dump the pictures as this is reasonably straight forward deal.

On to the pictures: 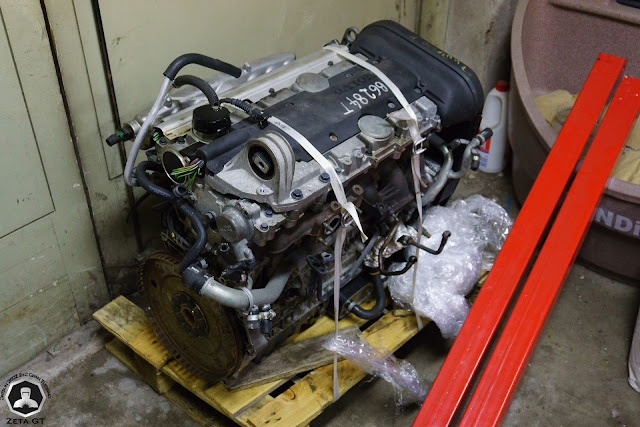 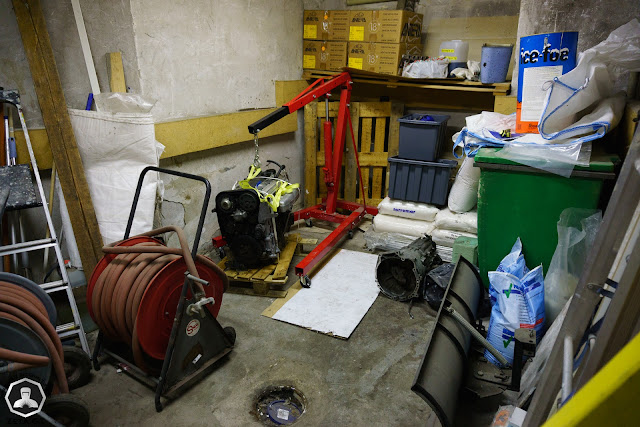 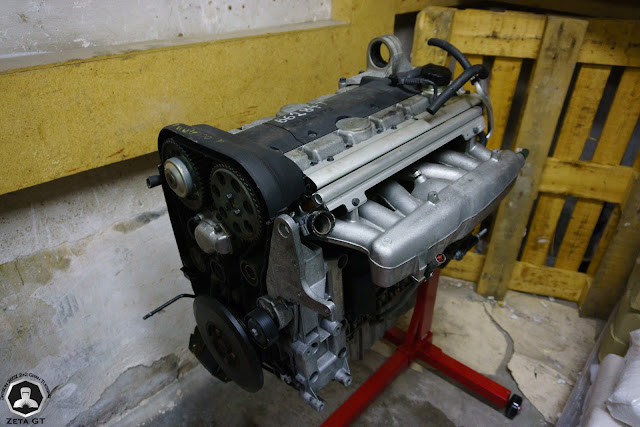 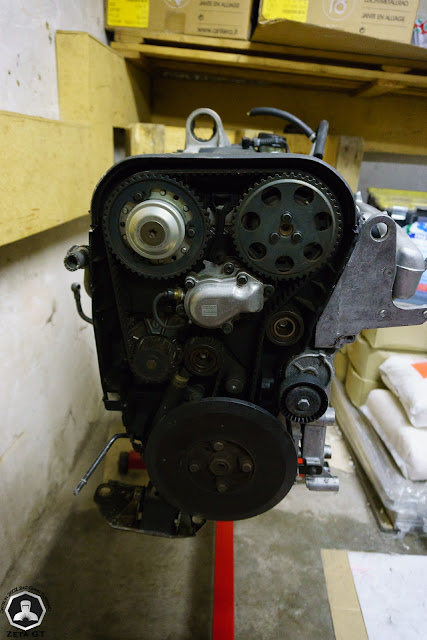 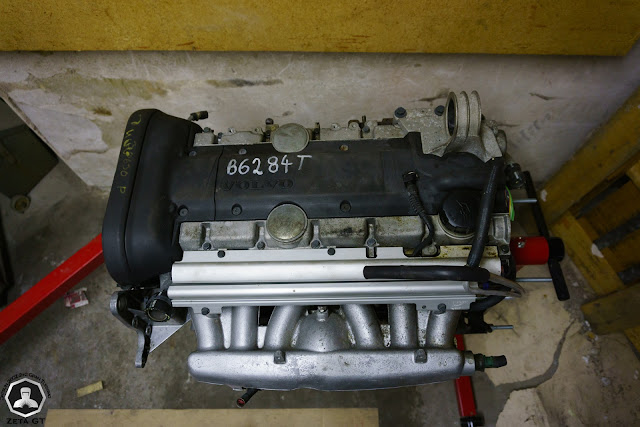 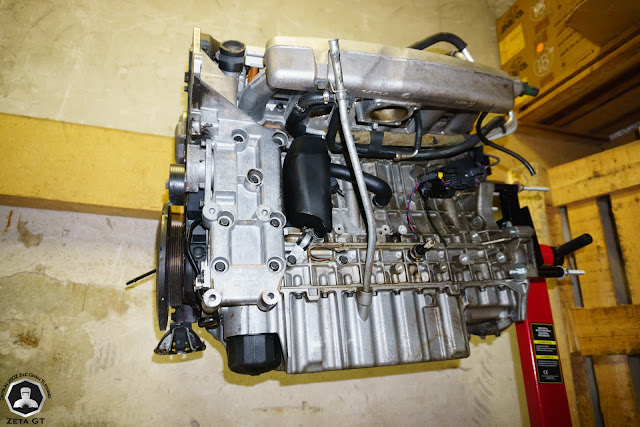 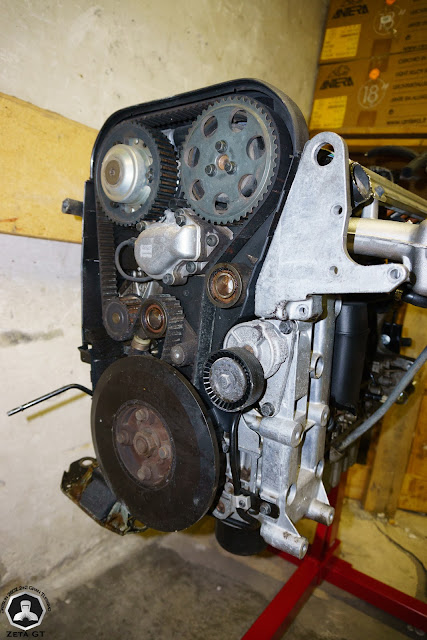 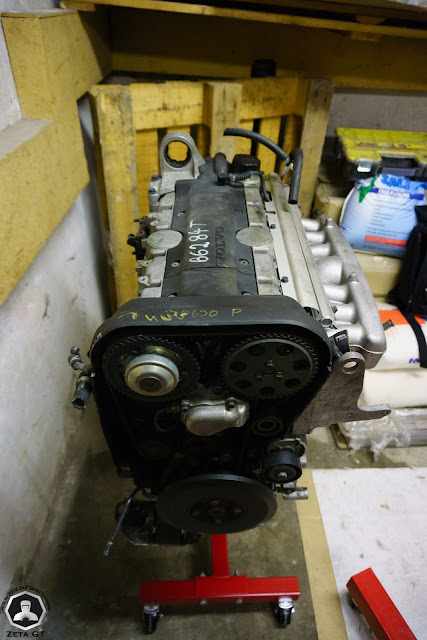 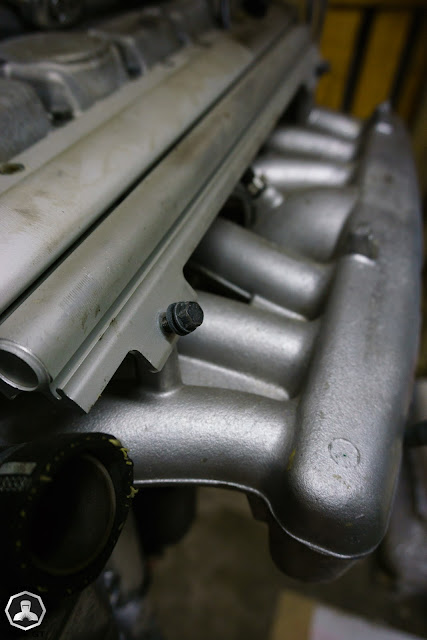 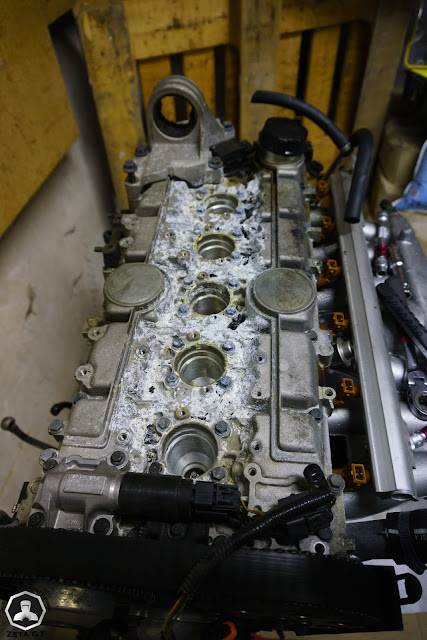 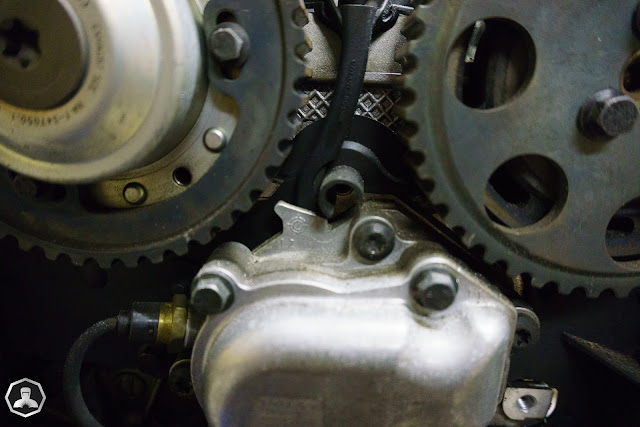 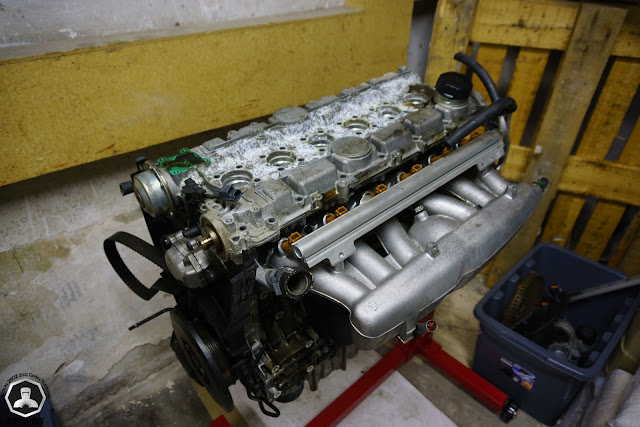 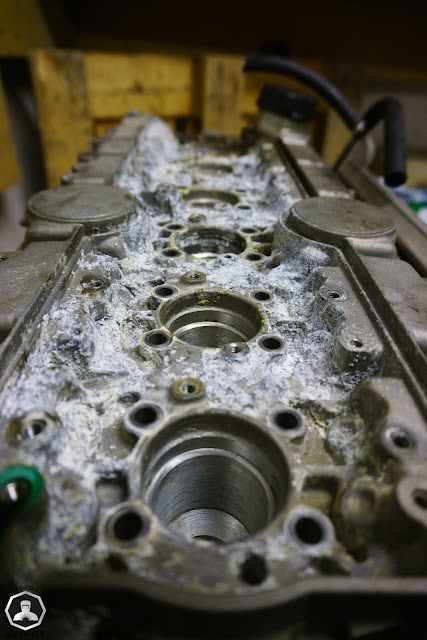 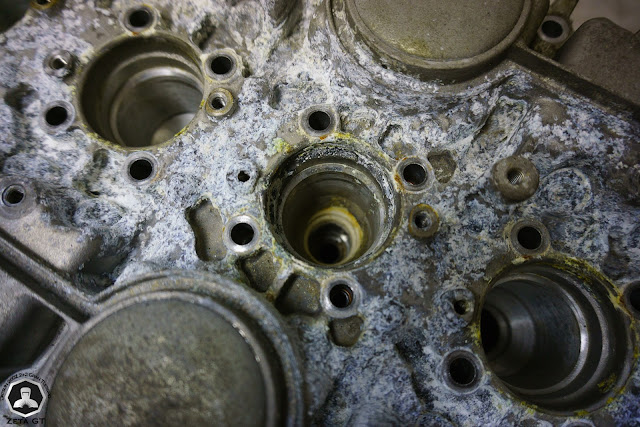 As one can see from the pictures, there has been some water under the coil cover and it has been accumulated in one of the spark plug holes leaving a white residue when water has reacted with aluminium.

The motor is in really good condition when judged by the outside looks and moves freely when turned from the damper. I hope that the water is, for example, just water that has accumulated under the coil cover and not some cooling water that has made its way to a cracked cylinder and seeped out from the spark plug hole.

I will see if the block is cracked when I get the head off, but before that I'm going to need some more tools, e.g. a plastic mallet to whack the valve cover off and a longer ratchet would also help!

Fingers and toes crossed that everything is OK and the motor is valid to be used as a project block and the head that I bought previously mates nicely with the newer parts.
After I have dismantled the engine(s), I'm sending it to my friend to be washed in parts washer and I also will soda blast the heck out of the parts so they will look just like new.
Then off to the machinist to be straightened if need be and balanced.

The inspiration photo for this motor of choice: 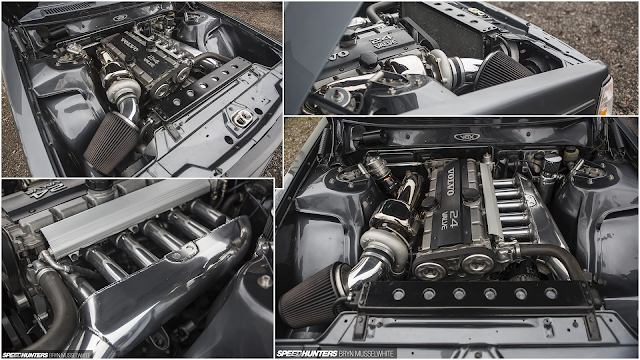