It has been a long time from the last update, but not a lot has happened in the project.

First of my computer acted up and still is doing so and secondly it has been rather busy in the real life!

I started cleaning the B6304F engine off all the grime and oil by spraying mineral spirit and compressed air onto it. This worked remarkably well and also the most stubborn oil started to come off! 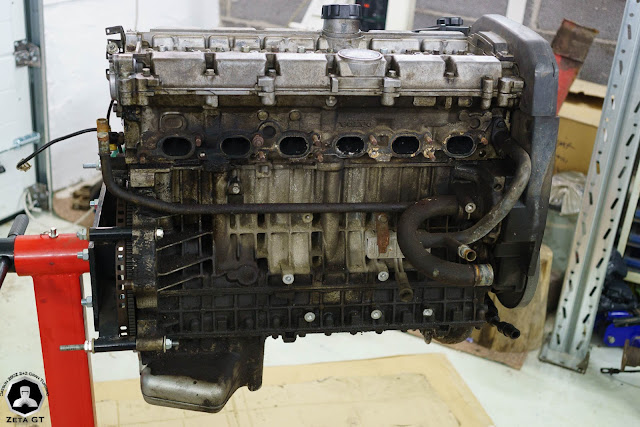 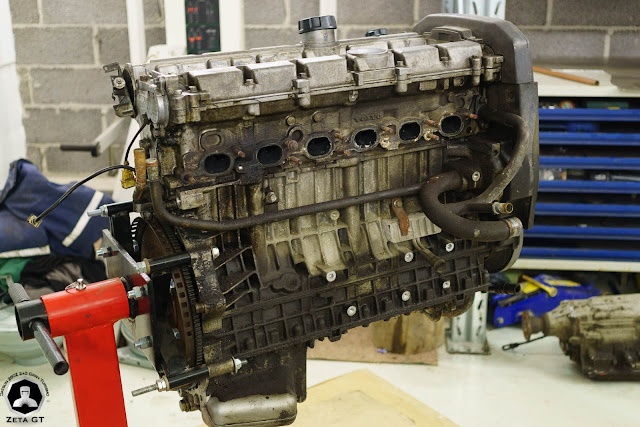 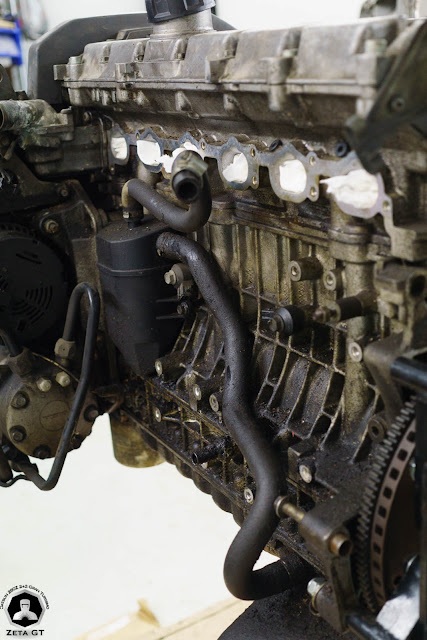 Above is the starting point for the operation. 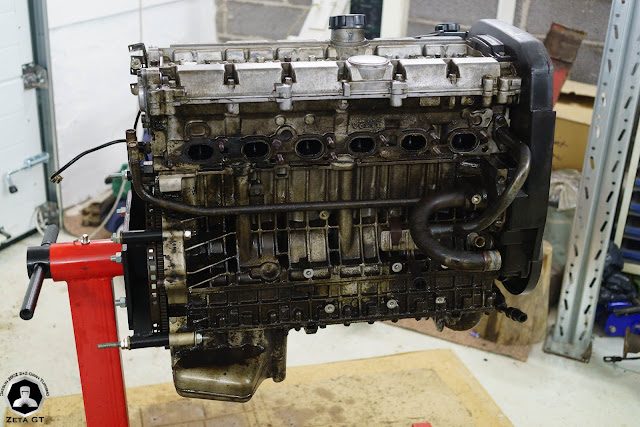 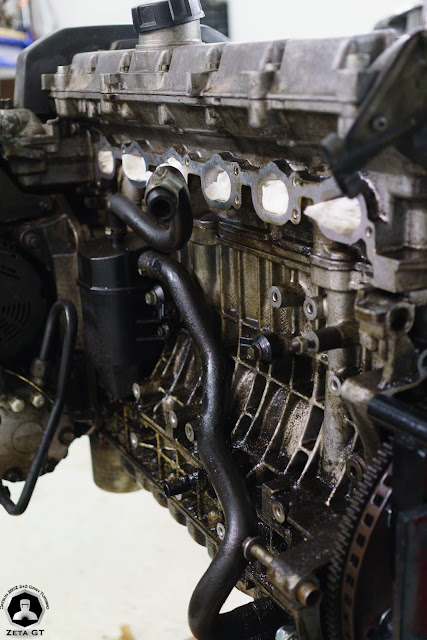 In the above pictures the grime is loosening and can be wiped away. 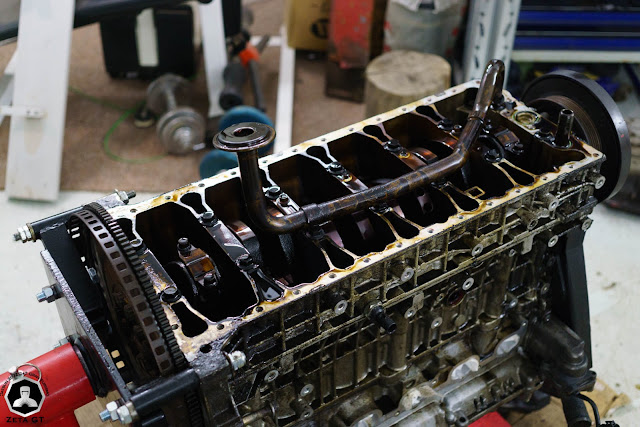 After I had cleaned the engine a bit I opened up the oil pan took it off. Oil is a bit dark looking and smudged but fortunately I'm not using this motor for anything critical so no harm done. 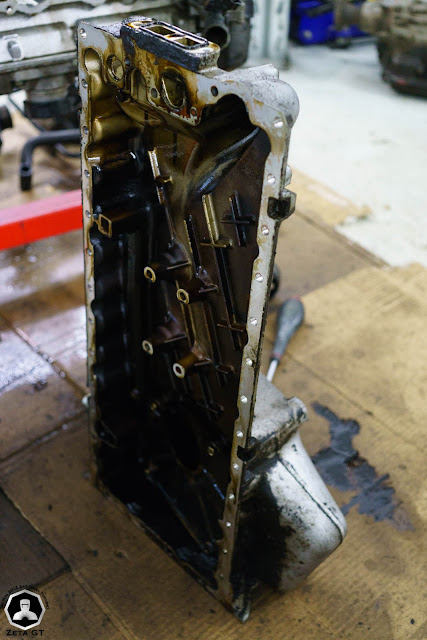 Oil pan is great condition and can be used straight away with the pick-up tube and oil sieve in the new engine, B6284T. 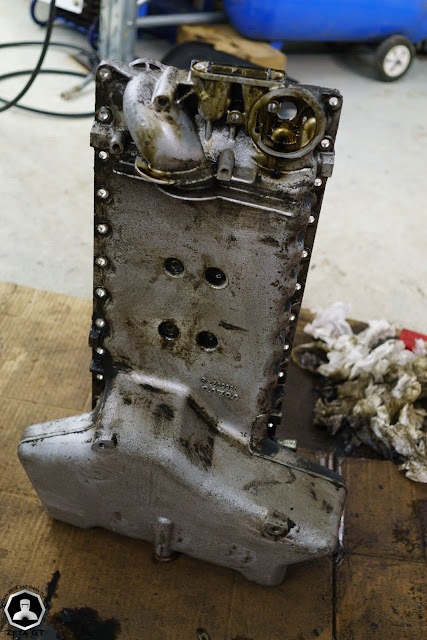 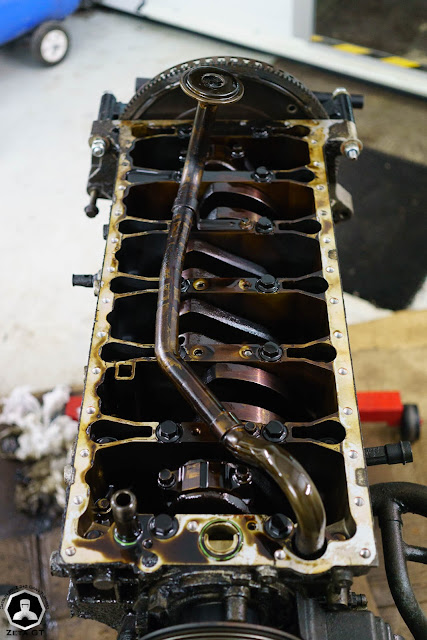 Looks rather good and might be still workable as a motor, but I'm thinking of turning this engine to a coffee table when I have cleaned and dismantled it completely!
Should be nice if no-one else needs this ore heap... 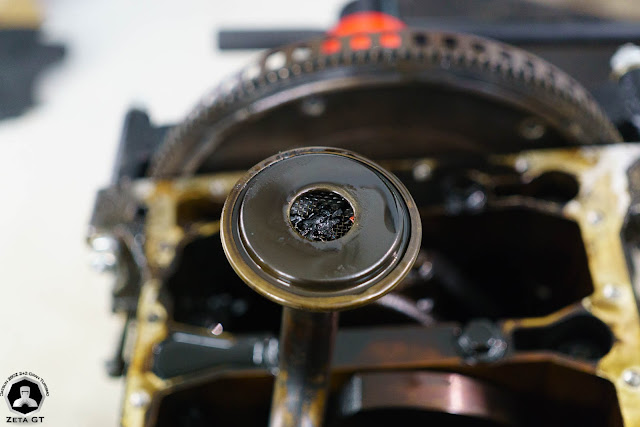 Seems that some oil sludge has accumulated on the oil pick-up, but nothing major.

To get the new engine apart I needed a tool to hold the crank shaft locked when I open the center nut. 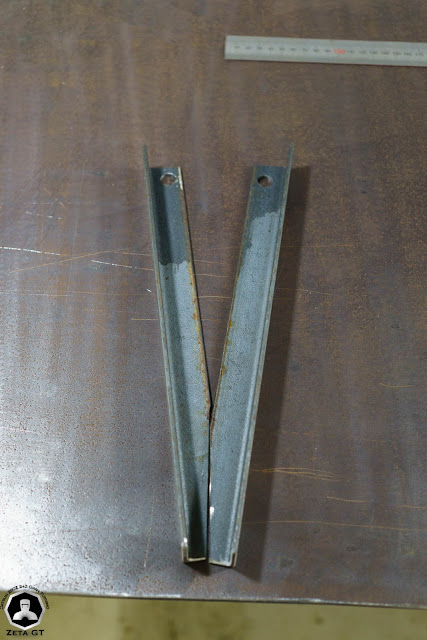 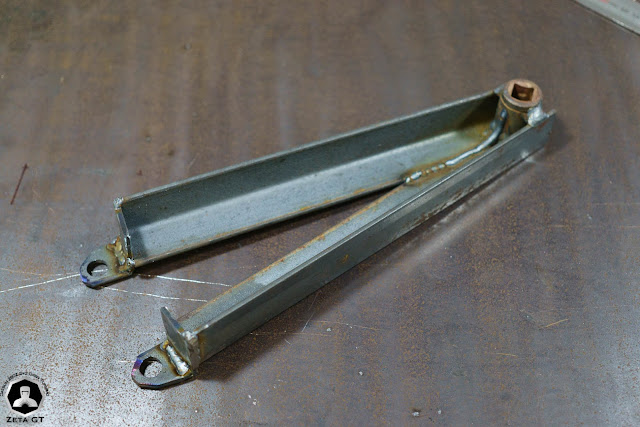 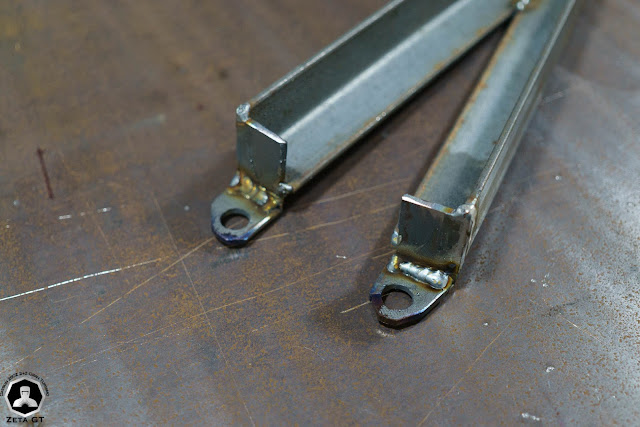 Some scrap angle iron, "careful" measuring and one surplus socket later I came up with the tool you can see in the above pictures. 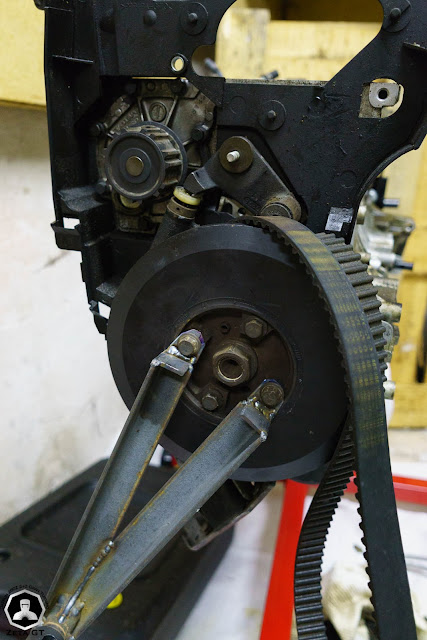 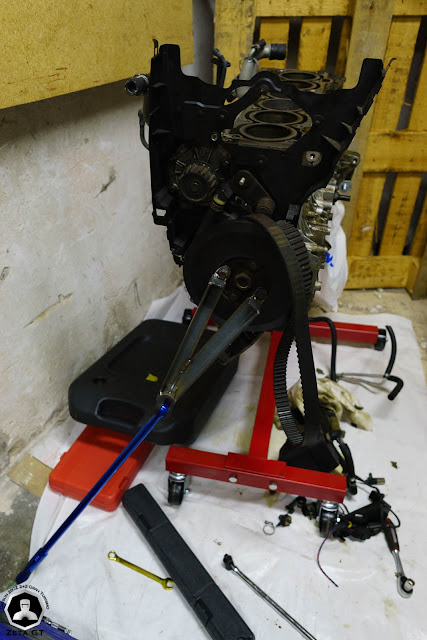 Here the tool is in use and it is used in conjunction with a long breaker bar. Worked nicely and the center nut creaked open rather effortlessly 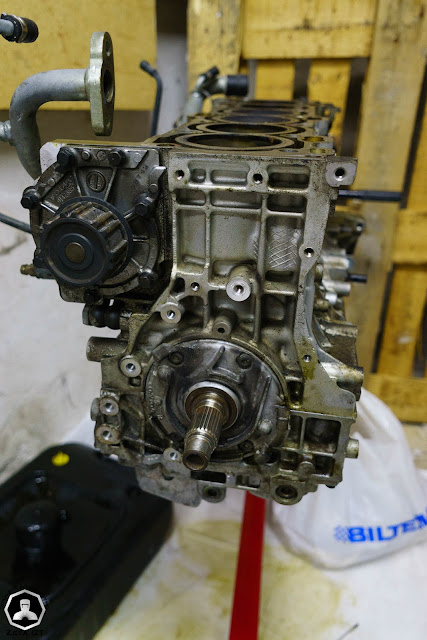 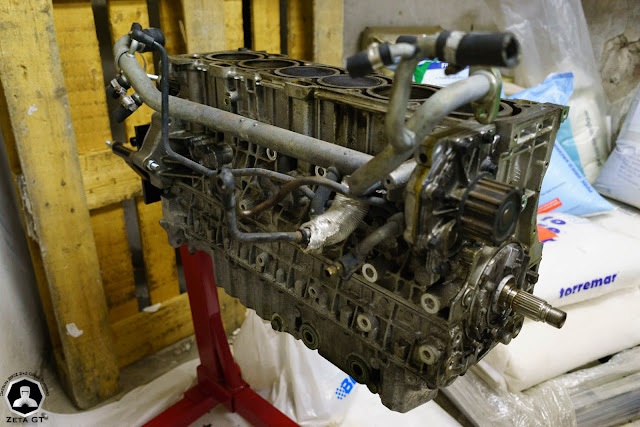 This was the state I left the engine for few months, but now the engine is in pieces after I had it transported to my main garage.
My friend and I tore the engine apart and those pictures will come next week in a episode called:
Engine - Old parts galore: Part VI
Lähettänyt OPTaiva klo 21:45