This weekend I did not weld any welds on the car or make any patch panels, but I did clean up the garage and make a new work table to replace my trusty Ikea Jerker. 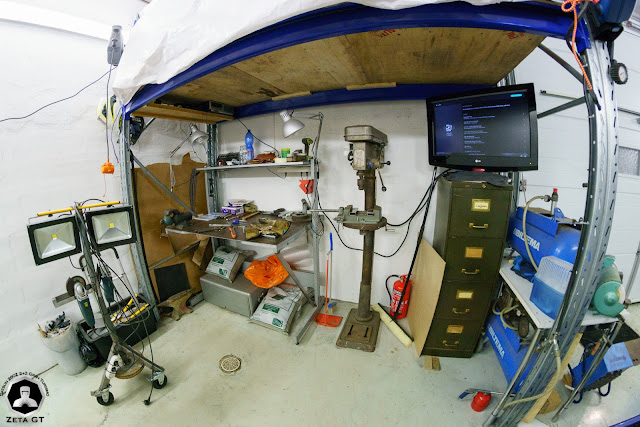 First up the starting point.
Jerker full of stuff and not very much room to begin with. Also the Jerker was very flimsy in this usage... as some wiser fellow would have guessed to begin with! 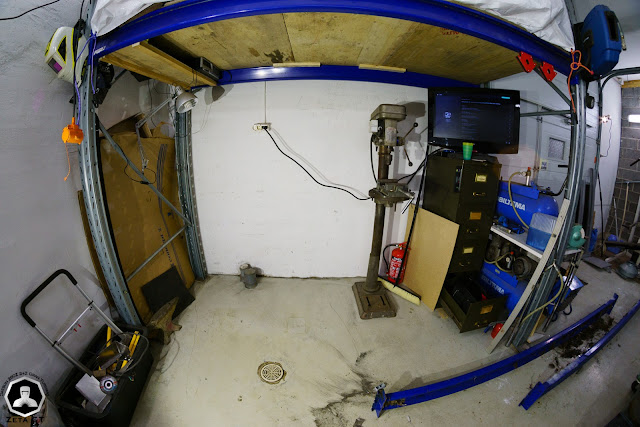 Jerker has been dismantled and the area cleaned a little bit. The building material that I used can be seen on the bottom right corner. Those are pallet shelves and rated for 3 tons. 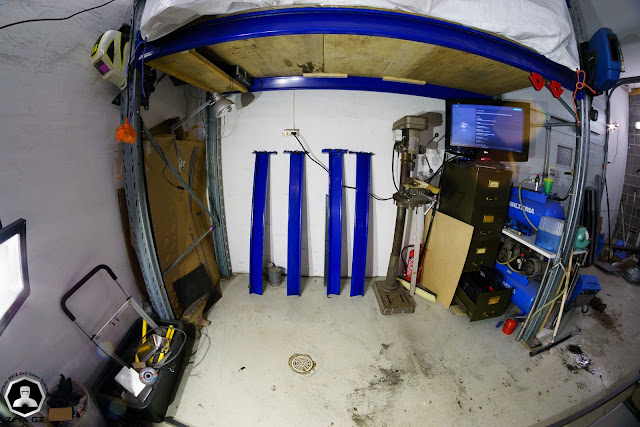 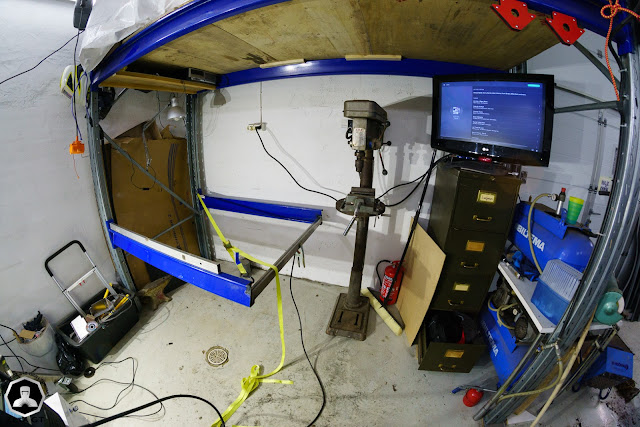 I cut the pallet shelves in half and placed them on the shelf uprights. Then I tack welded a cross beam in the end and pulled the frame to square with a ratchet strap. 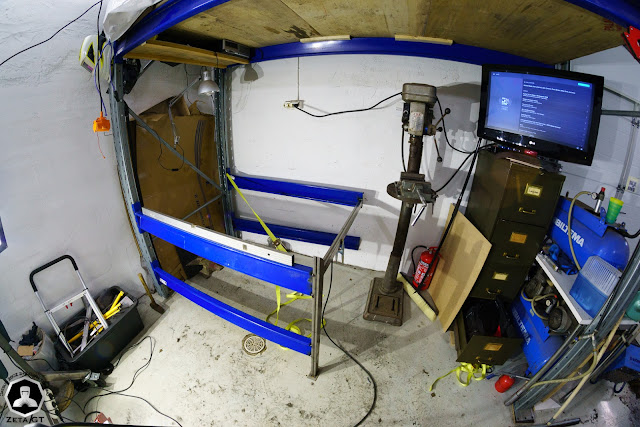 I pulled the the tack welded frame level with another ratchet strap and made the first leg. 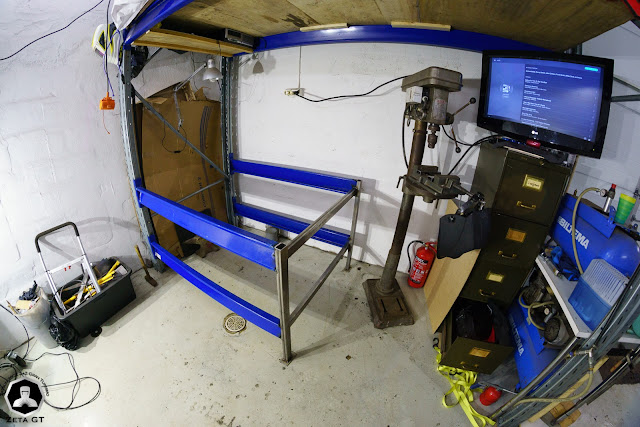 Here is the frame ready for final welding.
The frame is really sturdy and once I add more cross beams to it, it should not flex under any load. 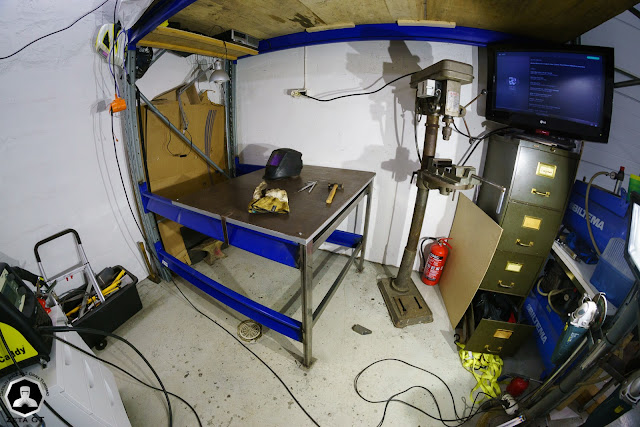 Jerker lives on!
I re-purposed the Jerkers' table top and the metal plate that I had made for it and screwed it down. Lets see how long this temporary solution lasts and I also need to make the shelving for the bottom frame. 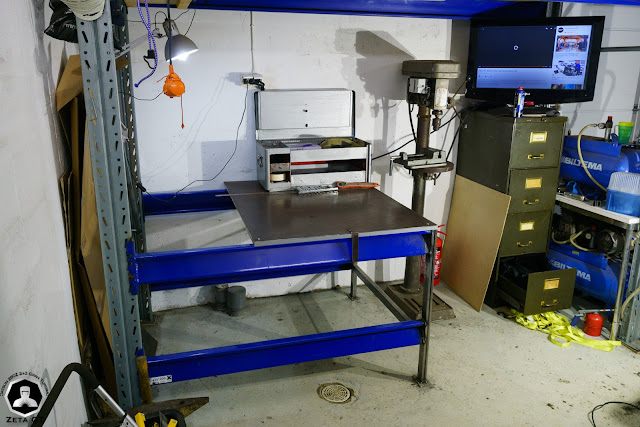 The tool box on table can be seen in the first picture and that also I have "inherited" from the family.
Really sturdy, tons of room and weighs a ton! I'm thinking that I should make the missing drawers for it sometime, if those can't be found anywhere. 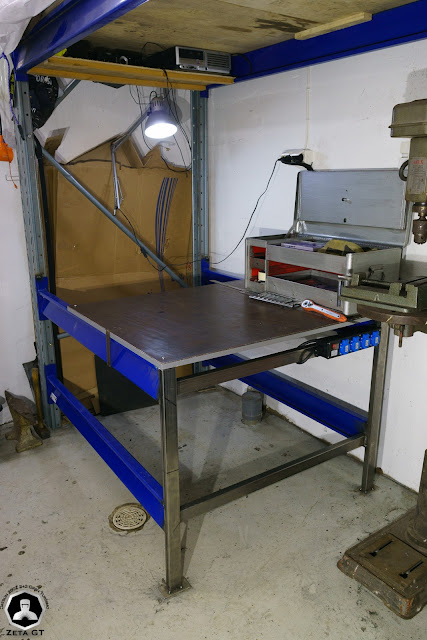 I also added a extension cord to the table so that I can plug for example lighting for the work area to it and shut them out with one switch. 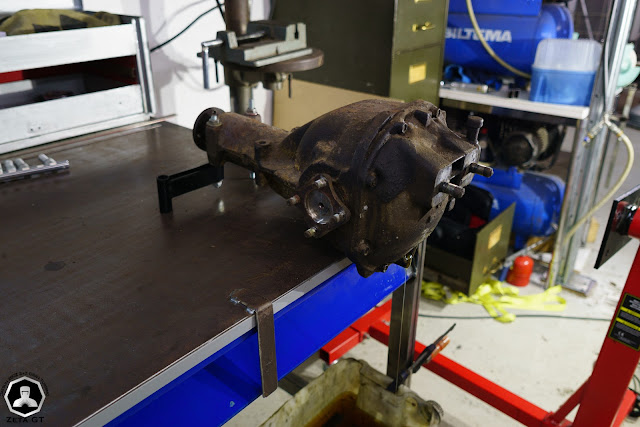 As a side project, I decided to open up the differential and see what ratio do I have and at the same time check the condition of the diff (good).

I bolted some feet to the diff from my engine stand to keep the diff from tipping over. Worked really well and will do so next time also when I'm dealing with the differential. 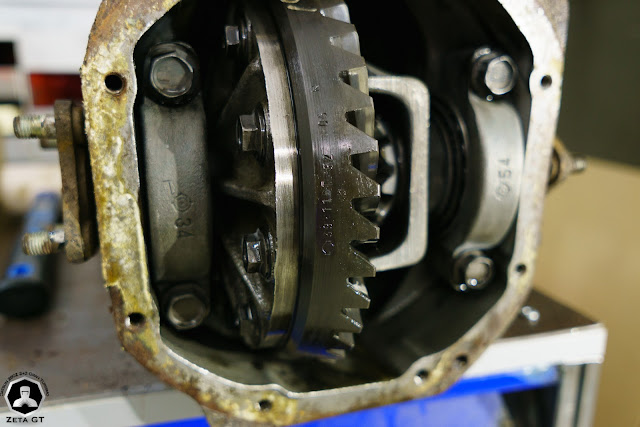 The ratio can be seen stamped to the ring gear in this picture and it states 39:11.
When you do the math I unfortunately do have the "wrong/correct" 3.545 as it would have been slightly better for me to have the higher gearing. This is because I will be using a gearbox with "diesel ratios" and with high gearing I would have better mileage and better top speed. Small quote from HotRod:
"Considering that lower gears provide greater torque multiplication, it would seem that they are always the best choice for performance use. However, lower gears require more input speed (engine rpm) to produce the same output speed (tire rpm). Higher gears multiply torque less, but they require less input speed to deliver the same output speed; that's why axle ratios also determine engine cruise rpm."
"If the trans is in a gear with a 1:1 ratio (like Fourth gear on most four-speeds) and the rear gears are 3.08s, then the engine must turn 3.08 times for every one rotation of the tires. Lower 4.10:1 gears would make the engine turn 4.10 times for each turn of the tire, so lower gears cause higher engine rpm at any road speed." 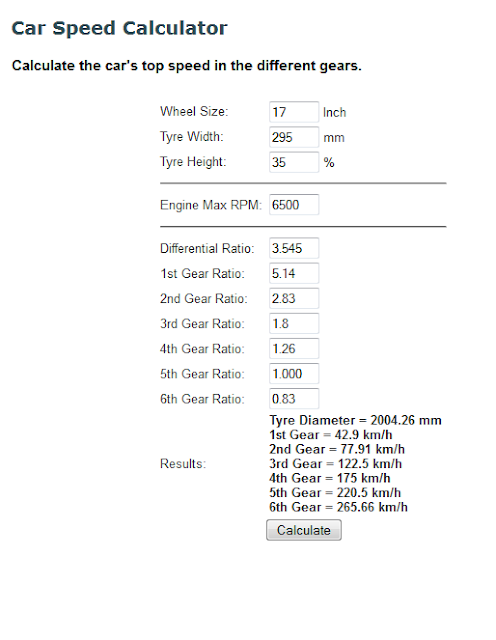 In this picture you can see the projected tire size, max. engine rpm and the differential and gearbox ratios. Top speed is quite nice still, but the first gear is a bit short... at least when compared with similar cars. 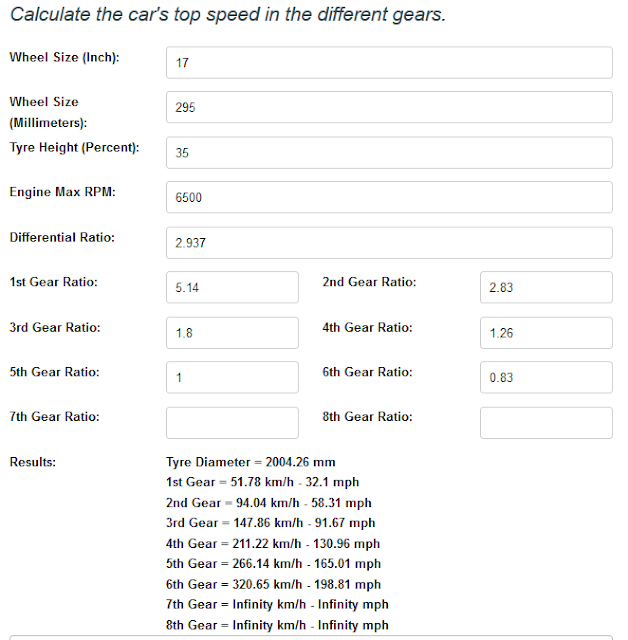 One remedy for this situation could be using a final drive from Nissan Armada/Pathfinder with a ratio of 2.937 and the diff would be a R230 (indestructible!).
This would bump up the first gear top speed and well... the calculated top speed could be over 320 km/h.

"Only" downside is that the needed differential would come from USA and I would need also Z32TT LSD, correct shims, Z32TT input flange, Z32TT output shafts and new stubs for the diff and a new moustache bar... Quite a long list and expensive at that!
Some reading material about this setup.

There is also a quite nifty looking setup available, but in limited numbers. In this setup the gearing could be practically anything as the support for it is really vast! Also the diff should be quite durable as it is used in Cadillac CTS-V among other.
Some reading material about this setup. 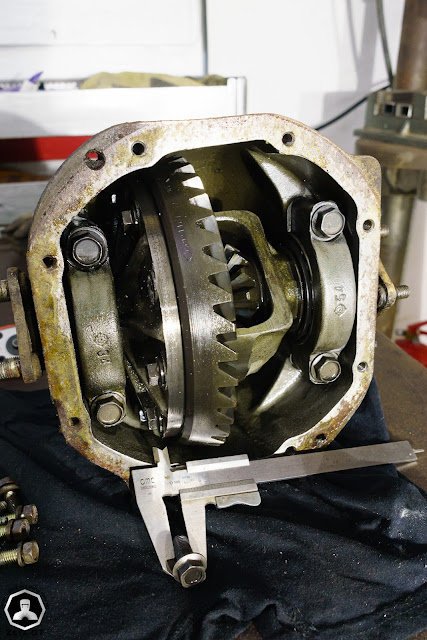 So I decided to bite the bullet for the time being and keep this diff.
For that to happen, I need a LSD for it and to find the correct one, if I'm going with a Nissan unit, I need to know the ring gear bolt OD.
FYI it is 10 mm in my case.

Other solutions include KAAZ, Quaife and OBX. OBX being the most cost effective and rightly modded, a good alternative for the pricier units.
More about the subject in my blog. 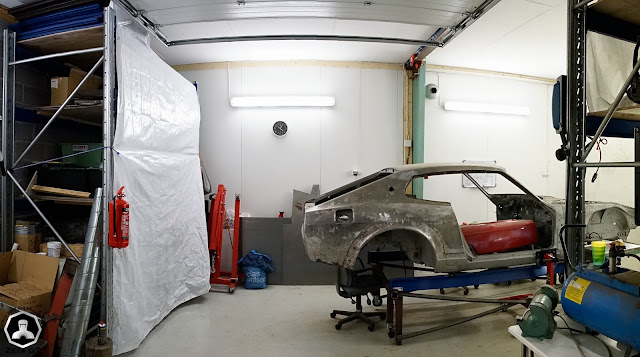 Weekend was finalized with shelving and sorting all engine parts and cleaned suspension parts to large containers and sweeping the floor after a quite long hiatus in doing so.

Much better to start making the patch panels next time around when there is room where to work, no engine parts tripping me up and gathering dust and also the fire extinguisher can be found!
Lähettänyt OPTaiva klo 23:01