I'm continuing still with garage related tasks. Next update will deal with patch panels I swear!

It seemed to me that the new work table area along with the drill press station was a little dim and this needed fixing. 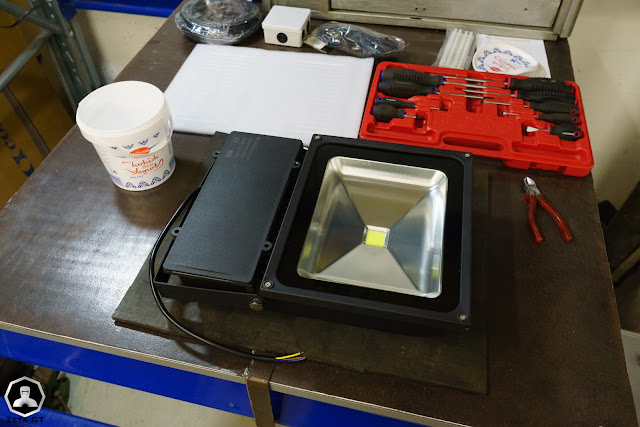 Cue "China special" eBay LED-lights rated at 100w.
These units seemed rather nicely made and overall impression was nice. There has been some reviews in Youtube (link) where the ground wire has not been connected and therefore the light has been somewhat dangerous straight out of the box. This I checked first thing when I received the lights.
Fortunately this was not the case with mine as the ground wire was nicely connected to the chassis. 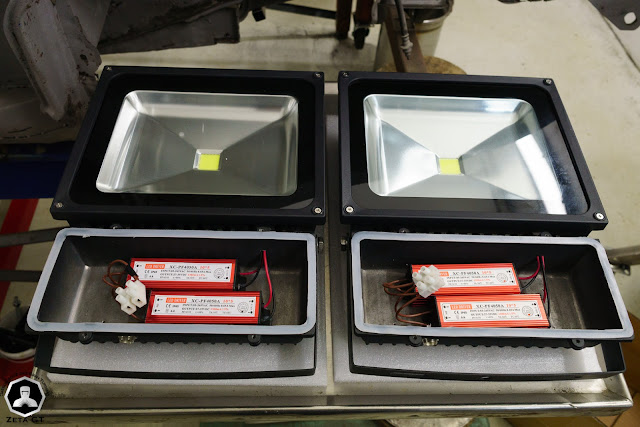 In either case I needed to open up the lights to wire them up to a single socket and to also see what they had "eaten". 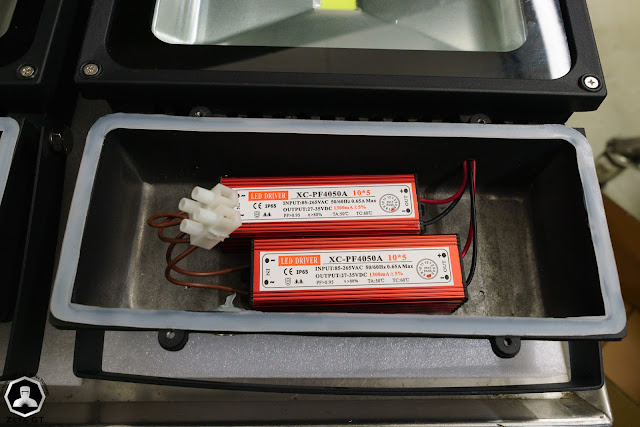 The silicon seal was very nice and the led drivers were branded. The data sheet can be found in this link. One driver is driving half of the LED-chip and the second one the other half.
I tinned the leads and screwed some screw terminals on them and mounted the lights on top of the work table and drill press. 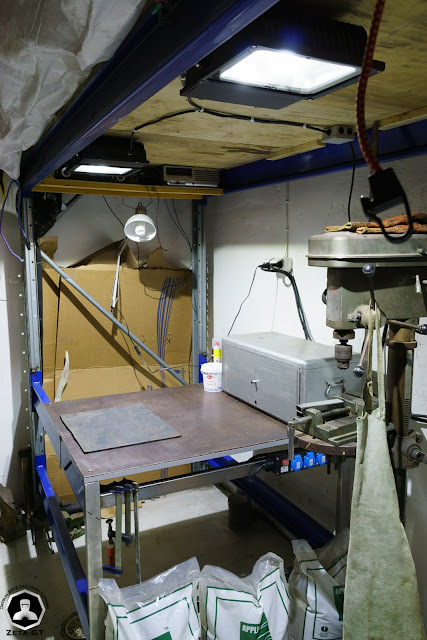 Here the lights are mounted and wired up.
I had to shorten the mounting hardware ("handle") that came with the lights so that I could mount them as close as possible to the shelf bottom. I ended up cutting almost half of them off and drilling new holes for the bolts.
Next when I'm at the garage, I will measure the temperature between the shelf and the lights as they do get quite hot. 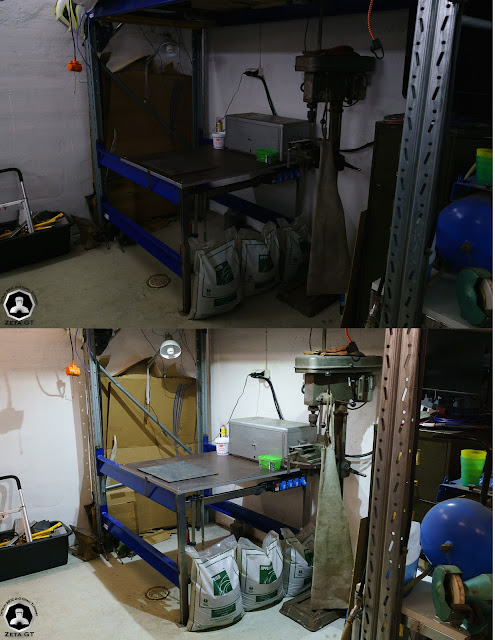 Some light level comparison.
First up is the situation with LEDs' off and second one is LEDs' on. Pictures are taken in manual mode and all variables kept same. This means that the after picture is exposed correctly and the before picture is under exposed quite significantly. 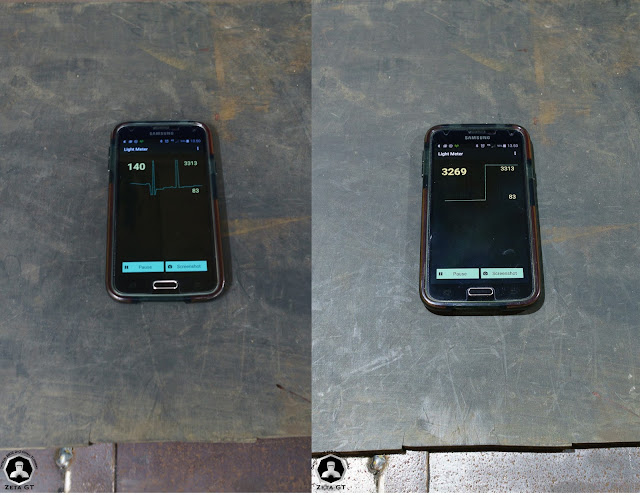 Same situation demonstrated with light meter in the Galaxy S5.
Quite a difference and one might say that the difference is quite similar as night and day!
The light level with the LEDs' is suitable for very detailed work according to the Engineering Toolbox and the before situation was suitable mainly for warehouse operations. 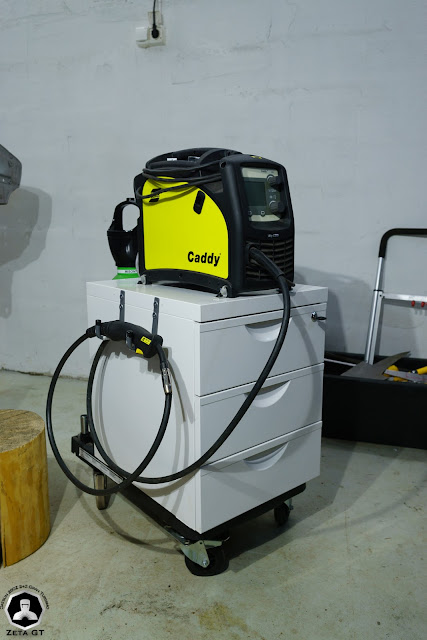 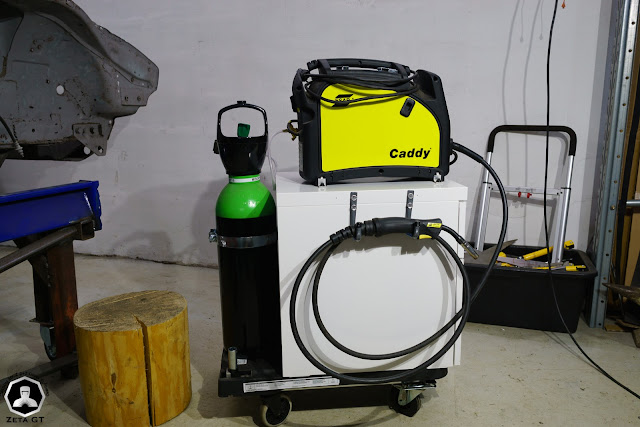 I have also made one improvement for our welder set-up.
The filing cabinet is a second hand Ikea model and the cart is from Motonet. I riveted some hooks to it to hold the cables and mounted the gas bottle with a muffler mount from Biltema. Total cost was around 30 euros.

I still need to make a handle for the cart and put some tack welds on the corners of the cabinet. It is a little bit flimsy without them and the hooks did not take with the rivets, might need to weld those to it too.
Lähettänyt OPTaiva klo 18:41