Well it's Monday now so once again my timetables did not hold.

Well nevertheless, here is the update. 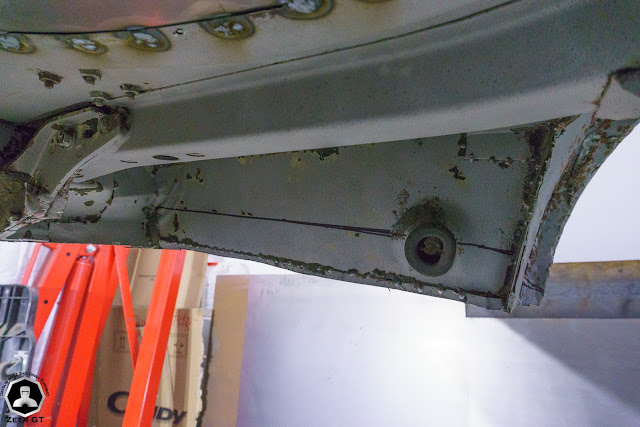 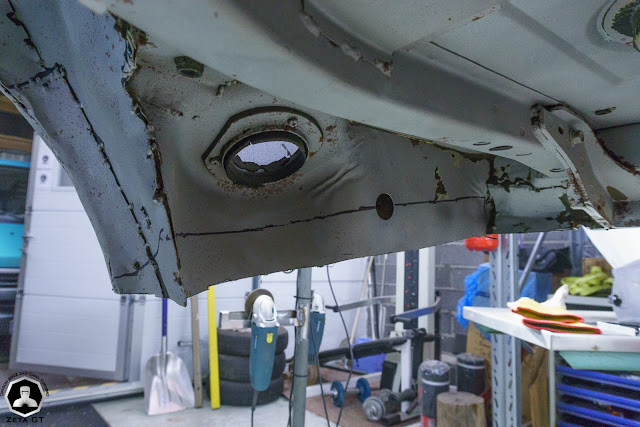 First job was to mark the inner quarter panels to be cut.
I decided that I would like to make a similar shape as the original corners, so I measured 5cm upwards from the cut line.

After this I decided to raise the frame jig or rotisserie by 5cm. Now I can just roll around and under the rear of the car with an ordinary office chair with the back rest reclined (and a bit bent). 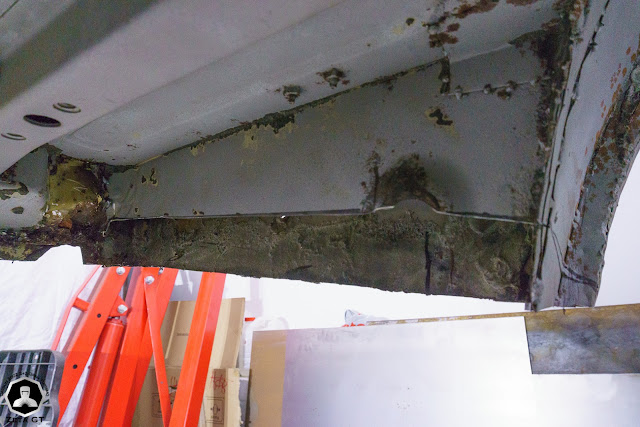 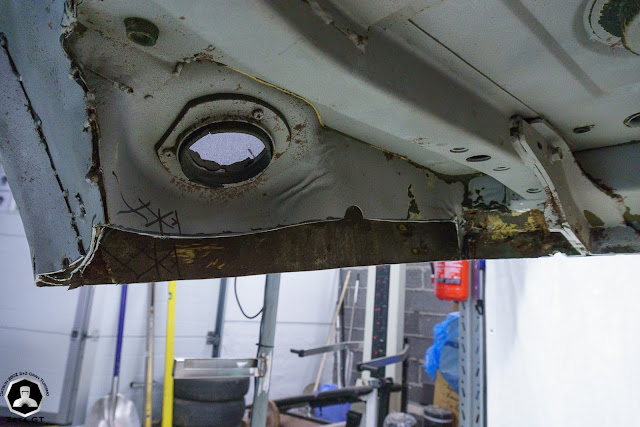 Here it is cut and ground/deburred.
The part with the marker cross marks will be cut away as it still has problems... e.g. three metal layers. 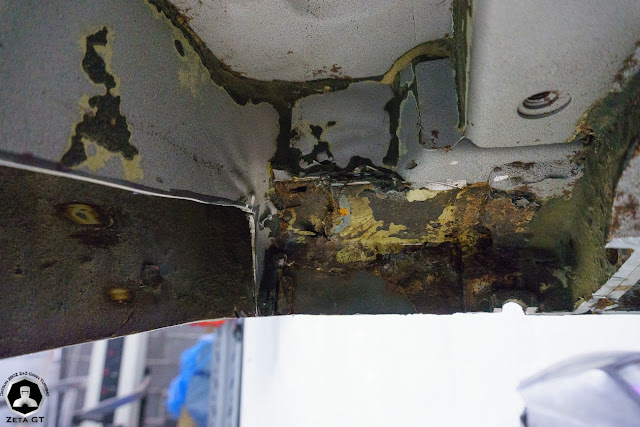 Right bumper mount area is quite rusted out. 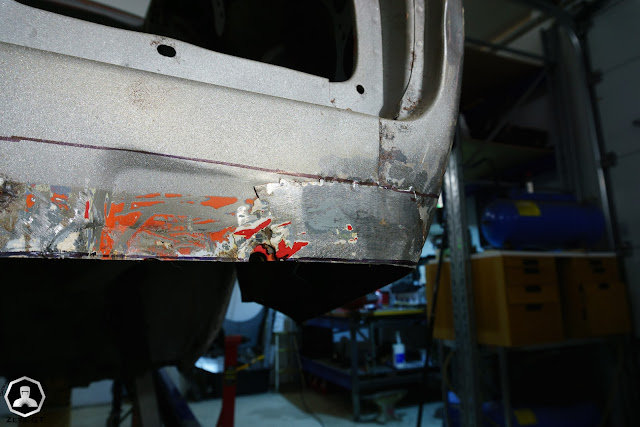 The same corner from the outside. 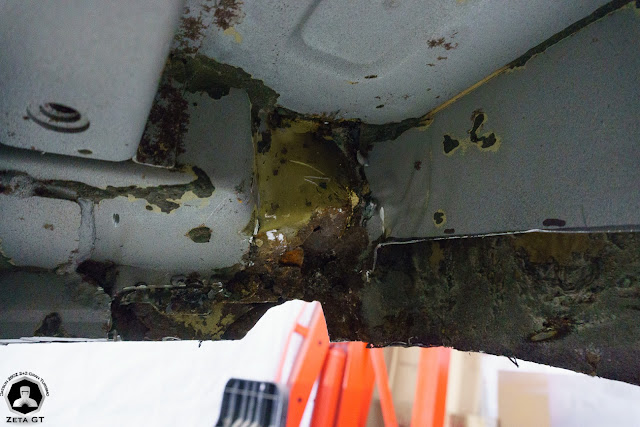 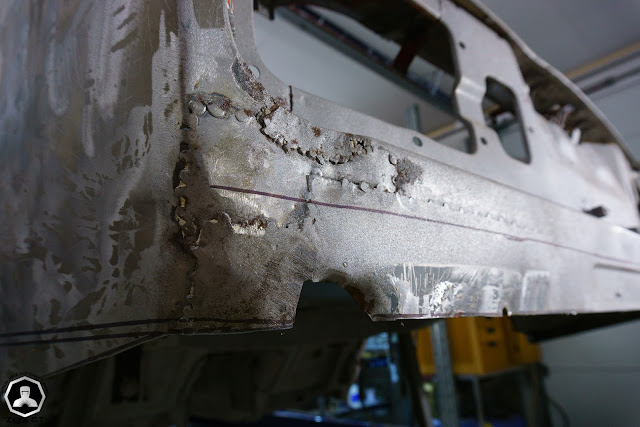 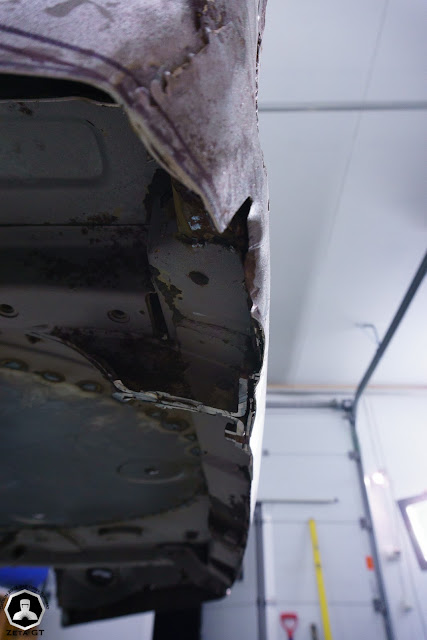 Left bumper mount area from the "inside", outside and underside.
One can see that there is multiple layers of metal in these spots also. Once again, I can only wonder what the previous owners (at least one of them) had thought when making these repairs.
"Top notch job..." 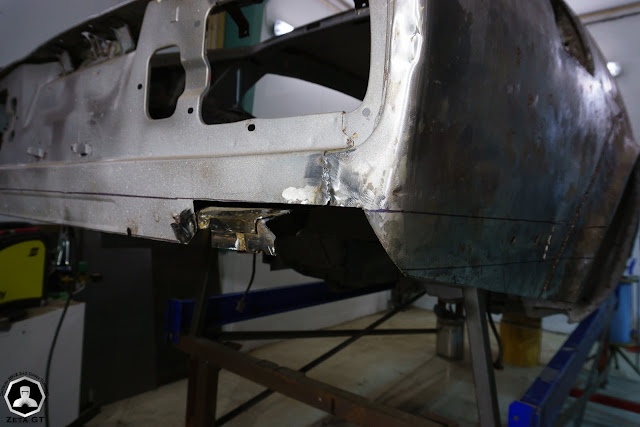 I began tackling the right rear corner by cutting the rotted metal out... 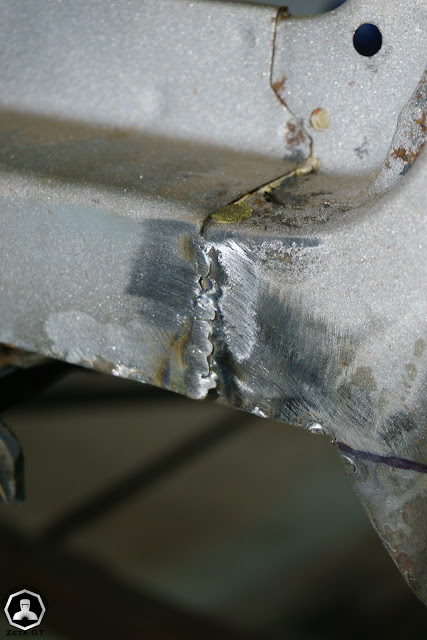 ...welding one of the existing seams shut... 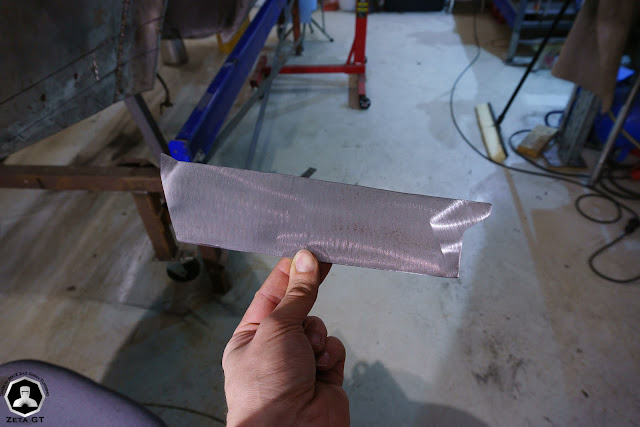 ...making a quick CAD (Cardboard Assisted Design) template for the patch panel, transferring it to 1mm sheet and cutting it out... 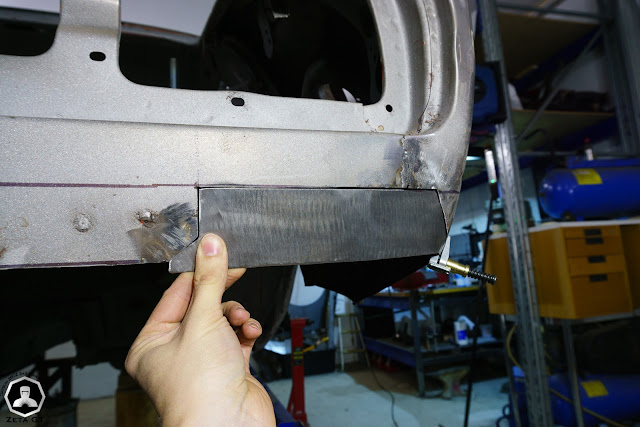 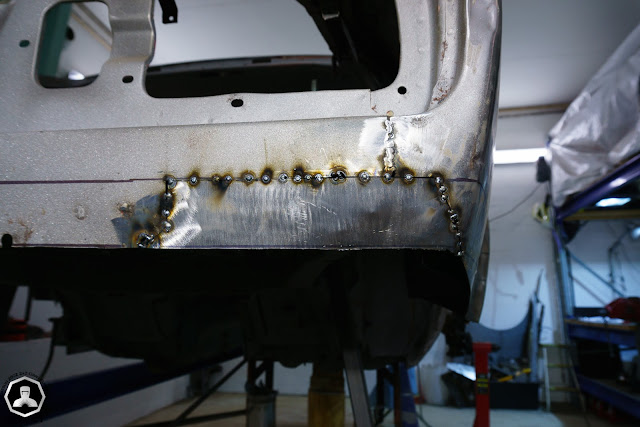 Once I had it in correct place and in correct orientation and angles matched, I began making small welds around the panel and allowing the metal to cool after a little while.
The original metal was quite easy to burn through, because of the rust proofing on the other side, but I used a flattened copper pipe as backing and heat sink.
This way I could fill the holes and get reasonable results. 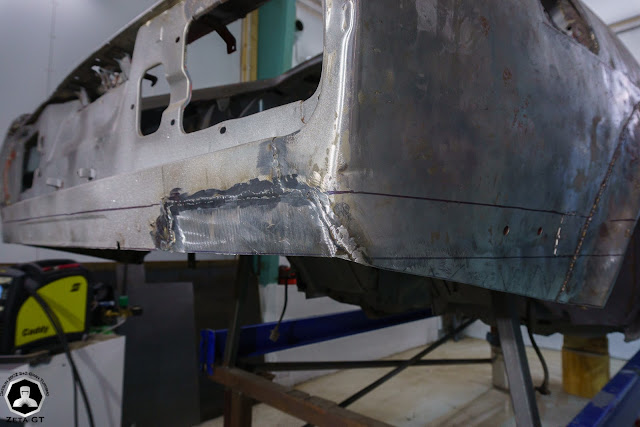 Once again a half final result.
I will still grind the seam flatter before doing paint prep and "bondoing", but it's quite flat even now so minimal filler required.
Also I need to box up the inner side of this corner, but I try to do it at the same time and panel as the inner quarter panel.

In my understanding (and to my eye), the panel and surrounding areas did not heat expand and the measurements held. 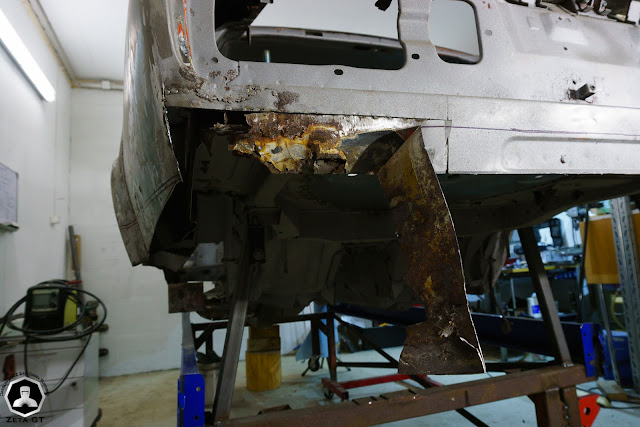 After the right corner, I took an eye for the left one and decided to cut it open.
Not a pretty sight... 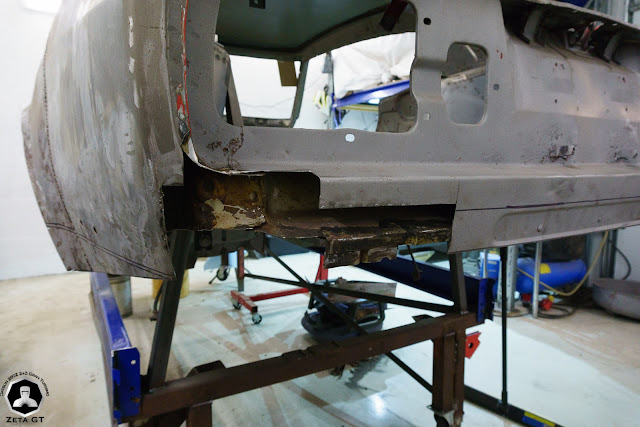 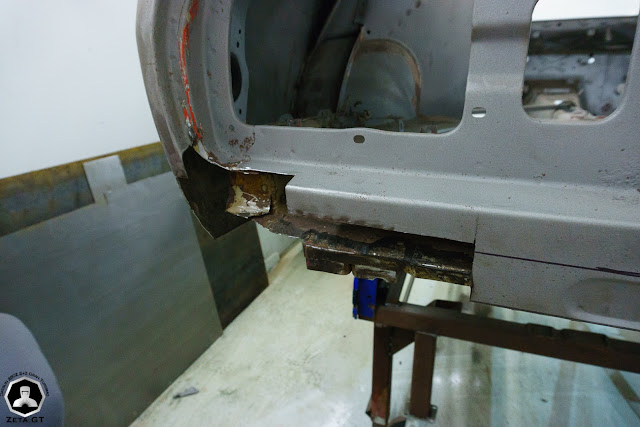 Cleaned up a bit and waiting for CAD templates for the patch panels.
Well I did make one patch for the inner/upper portion of the corner, but there's nothing to write home about that... let us just say it did not fit as I chopped it 10mm too short.
Oops. 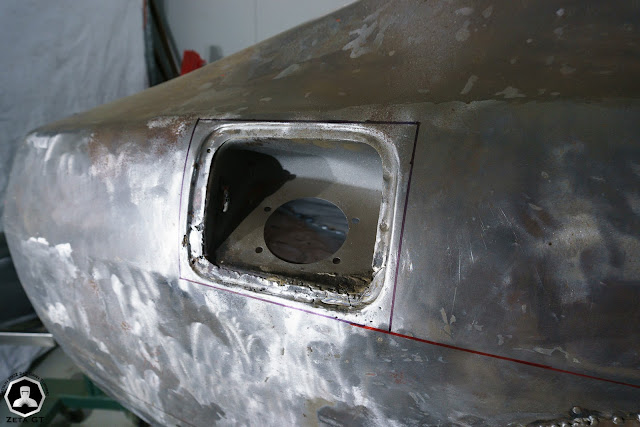 One last job was to mark the fuel tank cap area for cutting.
As I stated in the previous instalment, I will relocate the fuel filler to rear of the car and weld this area closed (at the same time fixing one more rust spot).

That concludes my Sunday day and thus the weekend.