Not much was accomplished during the weekend, but something and that is always better than nothing.

Without further adieu, lets get the pictures rolling... 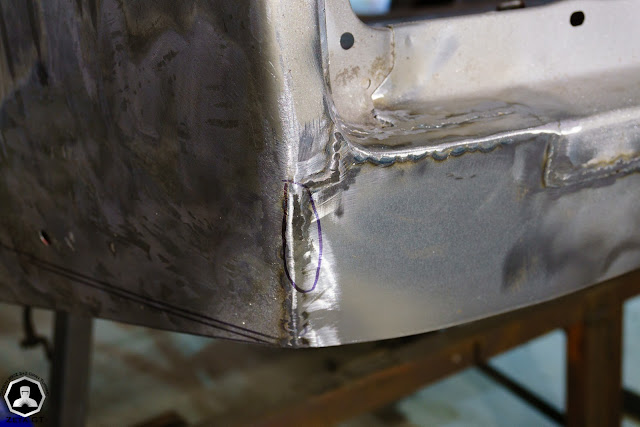 First of all, I noticed when I was grinding the welds flat, that there were few pinholes in the welds... I marked those and contemplated if I should weld them up.

I will just lead the patches and be done with it. That will cover the pinholes and at the same time will smooth the locations nicely... if I do it correctly! 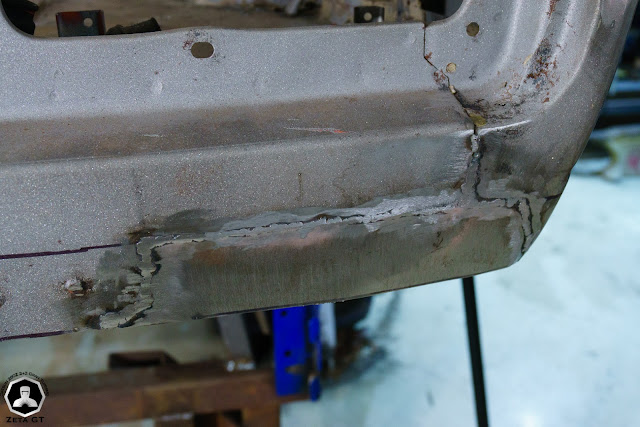 I ground the other side also and seems that there is still a lot to do.
Still I will be leading it so hopefully that will solve some of my problems with these patches.

I'm watching this video from YouTube to learn leading, but still... you learn only by doing I would guess! 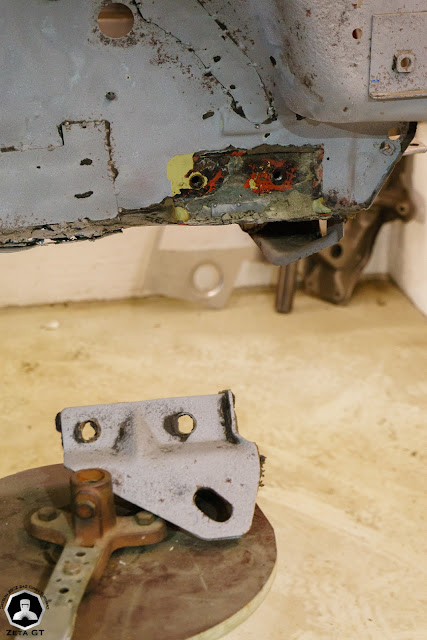 I also tore the front tow mount out to see what would be under it... not a big surprise that there was more rust! 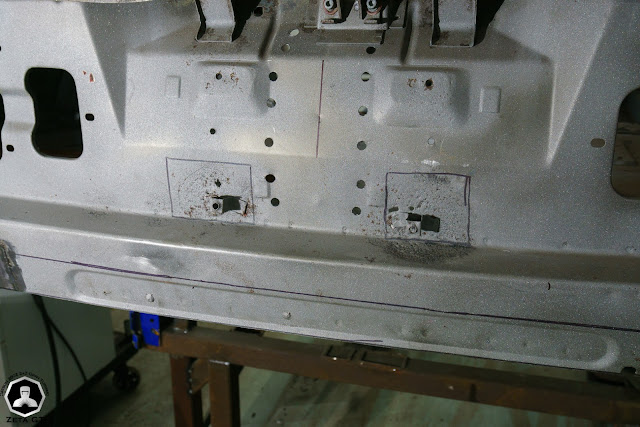 After that I decided to fix these two bad boys... 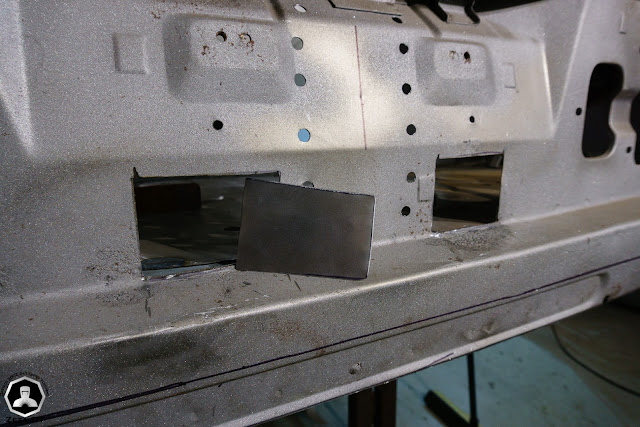 ...pieces already cut out and first patch made... 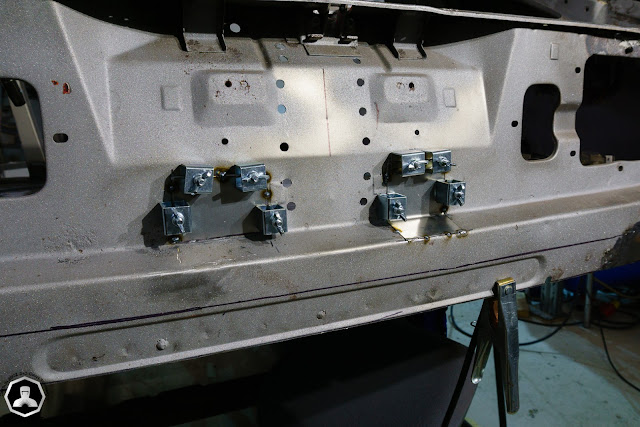 ...both patches fitted and unfortunately more had to be cut out from the right one... 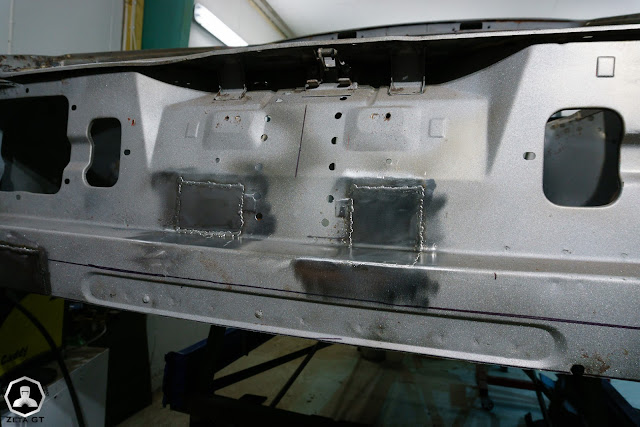 ...and welded up.
Again came out quite nicely, but I should be picking up pace as these took far more time that they should have taken. 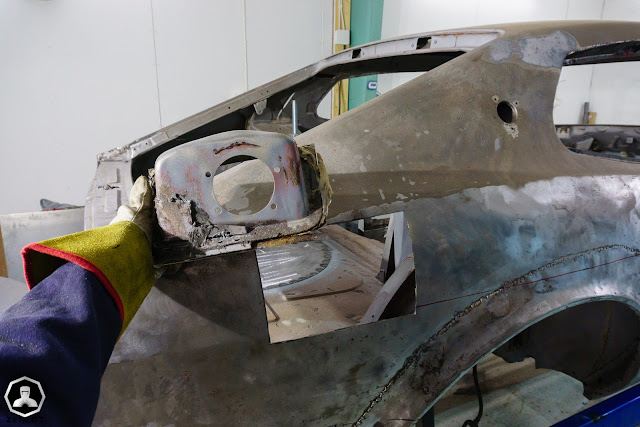 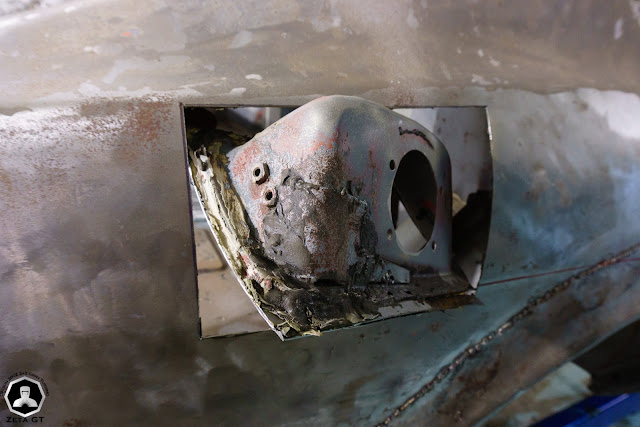 Next up I manned up and cut the fuel filler out.
I had marked the cut lines, but unfortunately the rot had spread more widely around the fuel filler as I anticipated and I had to cut quite large piece out. 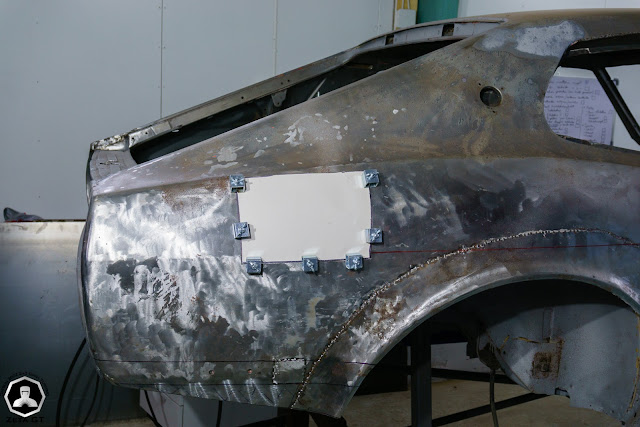 Test fit of CAD model. Looks good, but was far too wide and tall. In other words, was unfit. 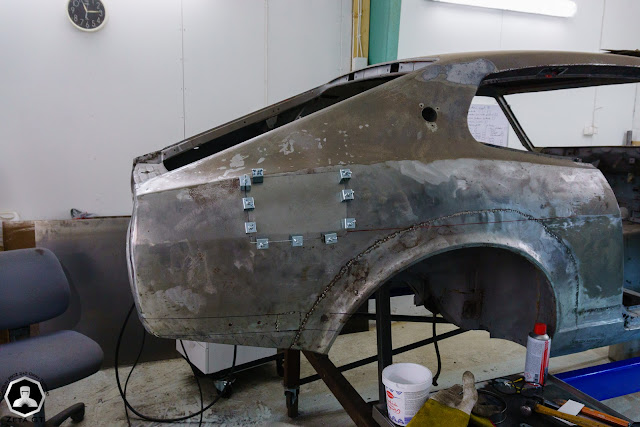 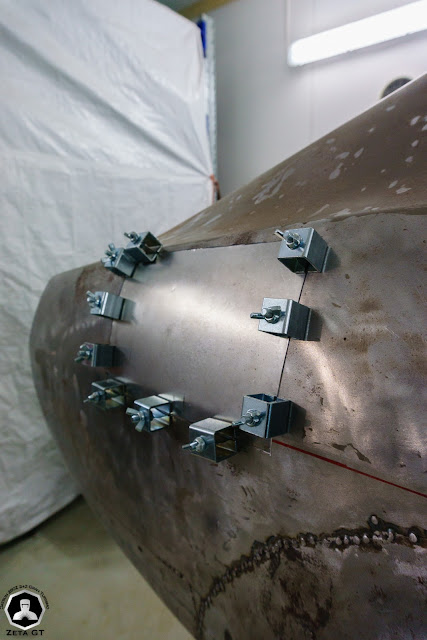 After much toiling and grinding, cutting and fitting, I managed to get the panel bent and fitted to the hole.
Unfortunately I did not have time to weld the panel, but it fitted really nicely (top is a little proud so might need to address that) and should be quite ready for welding.

Got to say that these kind of clamps are really helpful to hold the piece in place and they also pull the different sheets level with each other.


As I'm quite happy about the outcome at this time, I really hope that my welding will be successful!
It would really suck to fumble the panel (and the side of the car) at the welding stage...
Knock on wood!
Lähettänyt OPTaiva klo 22:05